The Image and the Rock

The Image and the Rock 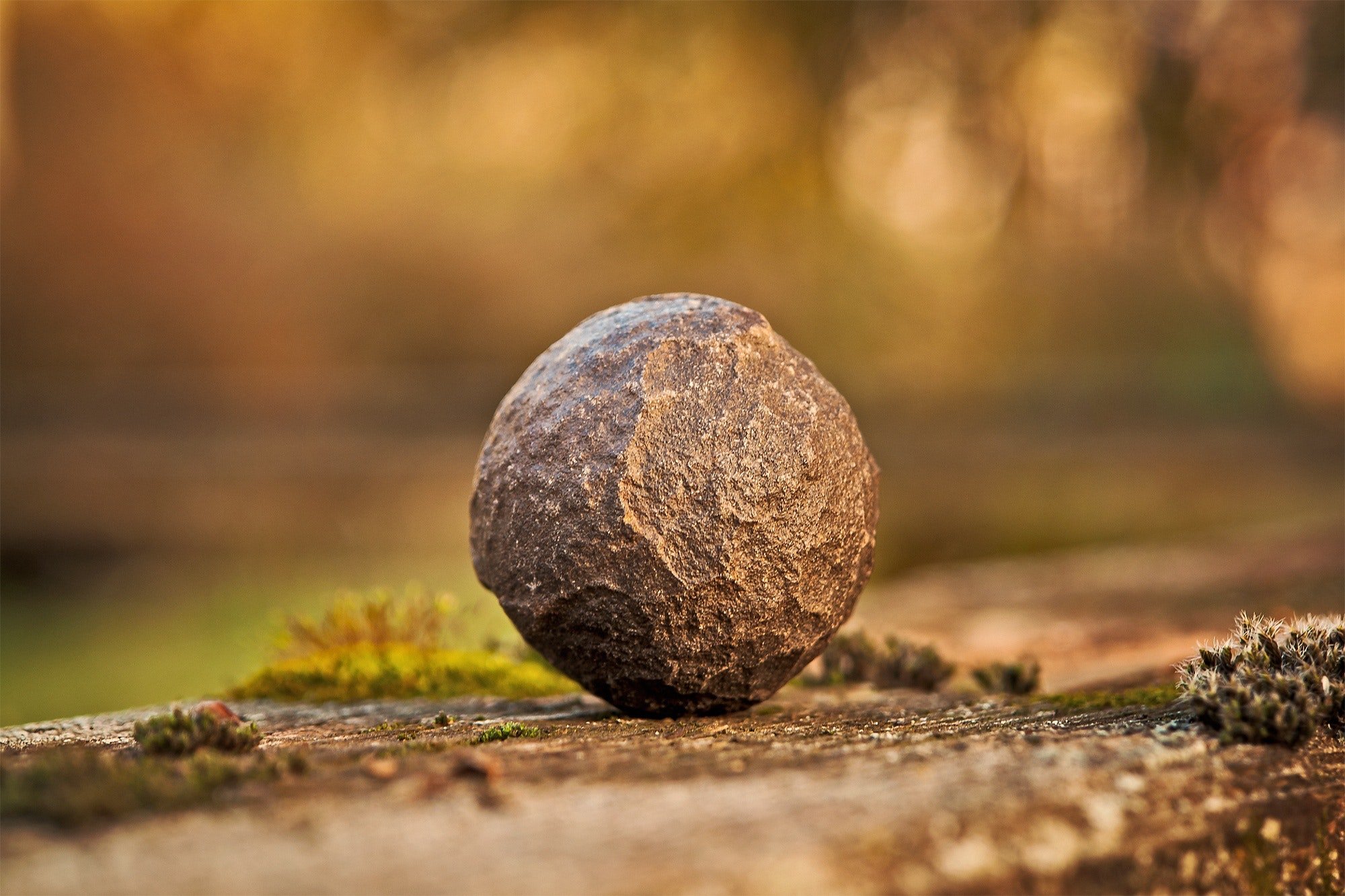 In Adventist traditional biblical story telling, Daniel 2 shows how God can predict the future. My interpretation of this story does not negate that, but suggests that Daniel 2 has additional theological meaning, both for Nebuchadnezzar and for us today.

Nebuchadnezzar (or Nebuchadrezzar 31 times in Jeremiah; Akkadian: Nabû-kudurri-ușur) dreams a dream and then wakes up with it gone from his memory. To us, it’s nothing unusual. We dream dreams now and then that we can’t remember. But for Nebuchadnezzar, this is a religious calamity. Some god, perhaps the dream god dZiqîqu, has sent him a dream, probably predicting his future or some other divine revelation that will greatly affect him or his realm. Possibly it contains a verdict for him. Yet he has forgotten it! How could he negotiate with the great gods of Babylon to mitigate any evil portent it contained if he couldn’t remember it? On the other hand, if the dream predicted a happy outcome, he would surely offend the gods by losing it from memory.

Modern scholars refer to dream divination as the science of oneiromancy. Various Babylonian works relate how the gods (not always just the dream god) gave revelations to human beings through dreams. Perhaps the most well-known story relates how Ea, sent a dream to  Atraḫasis, the Babylonian Noah, in which Ea foretells a flood (to the reed hut in which Atraḫasis slept[1]) that would wipe out humanity and instructs the building of a boat from the reeds of the reed house. By giving Atraḫrasis the gods’ secret of the flood to the reed hut, the one man in it will overhear the instructions and preserve humanity. As part of the practice of divination, a god could send a dream to anyone and sometimes to lower-ranking officers who passed the revelation up to his supervisor who then gave it to the king. To Nebuchadnezzar, since some god has sent the dream directly to him, it must be of utmost significance. He must either somehow remember the dream or get his dream diviners tell him what he dreamed and give its interpretation.

As the last resort, the diviners point out two things: 1) no one on earth can do what the king demands, and 2) no king has ever demanded that their diviners tell what the king has dreamed. They add: “The thing that the king is asking is too difficult, and no one can reveal it to the king except the gods, whose dwelling is not with mortals” (2:11).

King Nebuchadnezzar surely knew that his scholars were right, but they had spoken truth to power, and in the king’s fright and desperation, “he flew into a violent rage” and ordered that “all the wise men of Babylon be destroyed” (2:12). Whether “all the wise men of Babylon” meant simply all the diviners, or referred to all of the king’s scholars, which also included astrologers, exorcists, physicians, and lamentation-singers (Parpola XXXIV cited in Lenzi 70), is not clear. The scholars of the king were his closest confidants entrusted with the king’s secrets and to some extent his welfare. To decree their destruction shows the length that power, driven by fear, can go.

At this juncture, the text introduces Daniel, one of the “wise men.” Daniel requests an audience with the king in which he asks for time to give the king the interpretation. After he and his fellow Jewish scholars pray, God gives Daniel the same dream Nebuchadnezzar had.

The dream involved a statue, a very Babylonian object. Selected Assyrians and Babylonians crafted statues to represent the gods to put in their temples; kings also put statues of themselves in various locations (usually in temples standing before the deities) to serve as doubles or substitutes of themselves. These statues represented the king or deity in an ongoing “becoming” manner,  “including name, seed, body, shadow, and so on.” Whatever anyone did to a statue, they did to the god or king in all his aspects (Bahrani 132, 174-183).

In Nebuchadnezzar’s dream, as Daniel presents it, the statue is gigantic, extraordinarily brilliant, and frightening. The fact that it represents kings/kingdoms, suggests the divine recognition of the enormous power these kingdoms have over people. The head of gold, of course, represents Nebuchadnezzar, according to Daniel. Interestingly, the Hebrew scholar calls Nebuchadnezzar “king of kings,” a title that the king may well have given himself, since epigraphical evidence shows that his successors used it (Wiseman 41). Further, he states that “the God of heaven had given” to him “the kingdom, the power, the might, and the glory” and has given into his hand human beings, the wild animals, the birds—over which this God has established Nebuchadnezzar as ruler (2:37, 38).

Daniel then proceeds to outline a series of kings/kingdoms that will follow that will seem to be successively more inferior than the previous one. Yet each of the metals that represent a king/kingdom functions some way in terms of power: gold and silver as economic power; bronze as utilitarian power; iron as military and enduring power; clay as scribal and literary power (if one recognizes the role clay played in ancient Babylonia, as the many clay tablets discovered there attest). In light of the role of power that statues of Assyro-Babylonian kings played, it seems that this statue wreaks of power, dominion, and even force.

Then, out of a mountain, comes a rock. Ancient Babylonia is not as known for rocks as much as it is for alluvial soil. It is even less known for mountains, since the region of Babylonia is mostly a plain. Palestine has far more rocks and is close enough to mountains for Daniel to be familiar with the Canaanite motif of mountains as the abode of the gods. Since Nebuchadnezzar had been to Jerusalem to besiege it, and likely knew at least dimly about the meaning of mountains in Syria and Canaan, he may have recognized this rock as foreign, or possibly related to Daniel’s God.

This rock is “cut from the mountain not by hands” (2:45). In Aramaic, the word for “cut” has the extended meaning, “divided” (Brown, et al 1086), and the Complete Jewish Version uniquely translates it as “separated itself.” While other translations of this word (that use “cut out,” “chiseled out” or “hewn out”) honor the basic meaning of the verb, they do not reflect its reflexive nature. Whatever this rock does, it does to itself—that is, “cuts itself,” “hews itself,” or “separates itself” from the divine mountain. If separation is intended, it leaves the gods of the mountains and moves on its own; it is otherwise an ordinary rock, except one other extraordinary thing: after striking the image on its feet breaking it to pieces, it grows dynamically into a mountain of its own and fills the whole earth.

The rock is cut out without hands. Some translators (such as the NRSV in v. 34 but not in v. 45) add the word “human” as in “human hands,” but no qualifying word exists in the Aramaic of either verses that would necessitate the sense of human hands (cf. Dan. 5:5 where “human” is so designated by an appropriate word).[3] In both Hebrew and Aramaic, one of the prevalent meanings of the word “hand” is “power.” Despite scholarly contentions to the contrary, I believe that this Rock is deliberately cut out of or separated from earthly deities with no power in terms of divine dominion or force. The only power the Rock exhibits is that of dynamic, creative power to grow and fill the earth. The power that crushed the entire statue was not that of the Rock as it fell from the mountain, landing on the feet of the statue; it was the instability and decadence of the kingdoms themselves that reduced them to powder. Said another way: the Rock was divine, but not like any other deity worshiped throughout the ancient Near East in that it did not use power to coerce, to lord it over people, or to exercise violence against anyone.

What was this dull, brown Rock comprised of? What was the nature of its creative power? More importantly, what would make it possible for this lowly Rock to reveal the real powerlessness of the kingdoms that had tyrannized the world? Would it not be the exercise of love and truth that do not dominate or force anyone?

What else could make this Rock stand forever but its very nature as the kingdom of truth and love exhibited in the life of one like a “Son of Man,” who in Daniel 7 will come to get the eternal kingdom (v.14) and then will in turn give it to His people (v. 27)?

Lambert, W. G. and A. R. Millard. Atra-ḫasīs: The Babylonian Story of the Flood with The Sumerian Flood Story by M. Civil. Winona Lake, IN: Eisenbrauns, 1999.

[1] Though the story is fragmentary, it is possible to deduce that Ea told the reed hut about the flood since the gods, chiefly Enlil, did not want any human being to know this divine secret.

[2] All citations from the Bible are from the NRSV.

[3] I find the argument in Hebrew and Aramaic Lexicon of the Old Testament 1888 that the presence of the preposition “with” (be) implies “human” hands to be weakly construed.