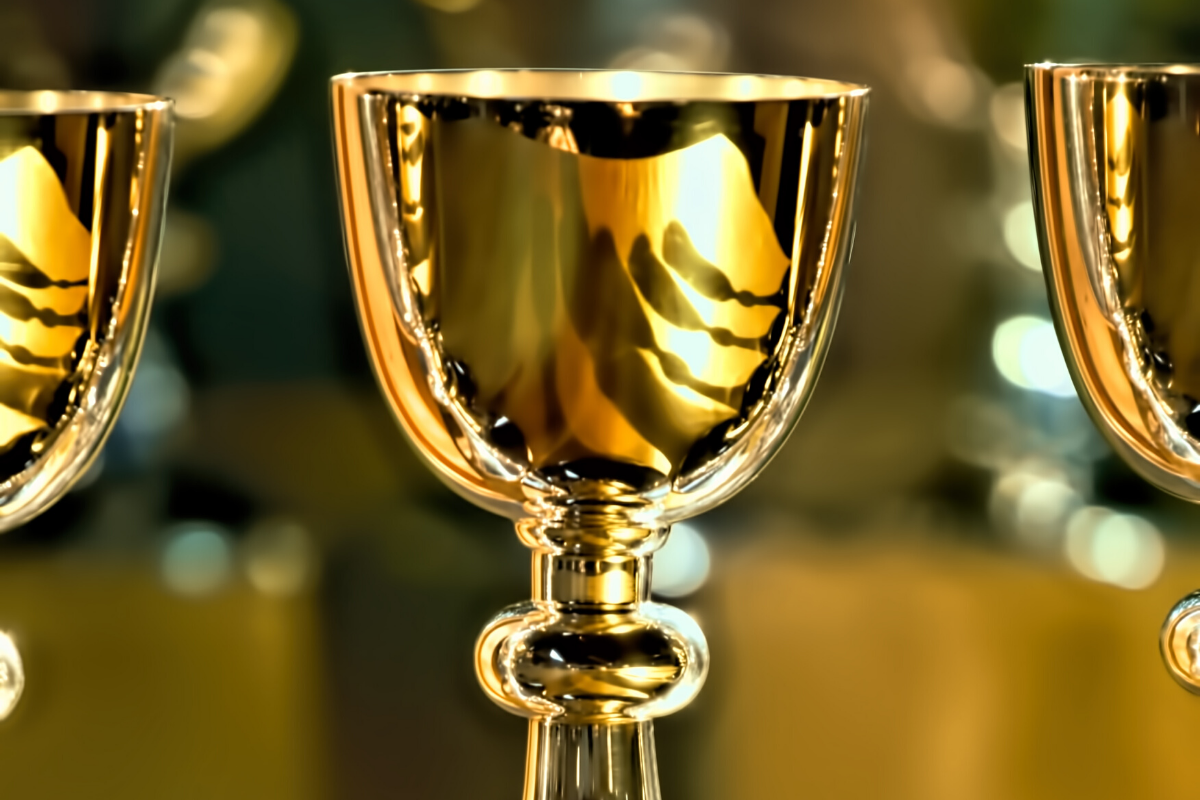 The 1970’s TV detective Tony Baretta popularized the expression “Don’t do the crime if you can’t do the time!” Sage advice still, but what if the sentence for a crime seems too severe? The United States constitution bans excessive punishment in the eighth amendment which states, “Excessive bail shall not be required, nor excessive fines imposed, nor cruel and unusual punishments inflicted.”

In Daniel 5, God gives King Belshazzar a punishment that seems both cruel and unusual. Who else in Scripture had an eternal death sentence written publically by a disembodied hand? Because Belshazzar threw a wild party and drank too much wine from the wrong goblets, did he deserve to die? Would not some lesser punishment have been more commensurate with his crime?

Three words help us understand the relationship between Belshazzar’s crime and the judgment he received from God: hubris, holiness, and humility. In Greek tragedy, hubris was excessive pride toward or defiance of the gods leading to nemesis, which is the inescapable—something that a person cannot conquer or achieve. Yes, Belshazzar displayed hubris by drinking from the destroyed Jewish temple’s golden goblets in front of 1,000 of his nobles, but compared to Nebuchadnezzer’s building of a golden image in Daniel 3, Belshazzer’s feast seems a diminished act of defiance.

Perhaps we struggle to understand the seriousness of Belshazzar’s acts because our age struggles with the concepts of hubris, holiness, and humility. We get hubris—think impeachment or Super Bowl—but humility is for losers and holiness seems a quaint relic of our nineteenth-century spiritual heritage.

Selflessness? That’s easy to explain and illustrate—just remember your mother. We know when something is pure and when it is polluted. When the Bible says God is Love, God is Truth, or God is Just, we can connect each character quality to our own experience. Even if we’ve been hated, lied to, or treated unfairly we instinctively long for love, truth, and justice.

But what makes a temple goblet holy and the goblet in my house not holy. At a Florida Vacation Bible School, a state wildlife officer brought in a rescued Florida panther on a leash. The panther took one look at the communion table, leaped up and lay down for the duration of the talk. I wasn’t about to try to argue with a full-grown panther, but I felt uneasy that a panther was lying on my church’s “holy” communion table.

If we define human holiness as purity, sanctification, sinlessness, or even wholeness, we risk trying to earn our holiness so we can qualify as holy people. And, we risk interpreting the Bible legalistically because we are at heart narcissists who make ourselves the main focus of every text. Biblical writers focus instead on the good news about God and in several passages describe holiness as a quality of God that is beautiful. When David brought the ark back to Jerusalem he sang, “Worship the Lord in the beauty of His Holiness.” (1 Chronicles 16:29) When Jehoshophat put the choir at the head of his army before going into battle against an invading army he told the singers to praise the Lord for the beauty of his holiness. (2 Chronicles 20:20)

What makes God’s holiness beautiful? The Hebrew word we translate as holiness is qodesh which means apartness, separateness. God’s holiness is His apartness from us which Daniel describes as His sovereignty over everything and everyone. At the heart of Daniel is the battle between God and man-made gods of gold, silver, bronze, iron, wood, and stone.

God’s sovereignty is central in each of Daniel’s stories. In Daniel 2–7 we find a chiasm in which Chapters 2 and 7 reveal the progression of human history as determined by God. In Daniel 3 and 6 we find Daniel’s friends and Daniel being delivered from a death penalty imposed because they had chosen to worship God as their Sovereign. In Daniel 4 and 5 we find Nebuchadnezzar and Belshazzar rebelling against God’s sovereignty. Nebuchadnezzar repents and acknowledges God’s Sovereignty, while Belshazzar defies God by defiling the holy articles of God’s temple.

When Daniel is asked to come in and explain to Belshazzar the meaning of the message written on the banquet hall wall, he reminds Belshazzar of the truth Nebuchadnezzar learned grazing in the fields outside Babylon,

The Most High God is sovereign over the kingdoms of men and sets over them anyone he wishes.

Then Daniel informs Belshazzar that God’s judgment has been written on the wall because Belshazzar did not humble himself. “Instead,” Daniel says,

You have set yourself up against the Lord of heaven. You had the goblets from his temple brought to you and you and your nobles, your wives and your concubines drank wine from them. You praised the gods of silver and gold, of bronze, iron, wood and stone which cannot see or hear or understand. But you did not honor the God who holds in his hand your life and all your ways. Therefore he sent the hand that wrote the inscription. (Daniel 5:23, 24)

Belshazzar directly rejected the worship of the Most High God by desecrating the goblets from His temple. It was an act of hubris against God’s holiness that could not be ignored. Nebuchadnezzer had stored the goblets in the treasury of his god. But Belshazzer defiled both the temple goblets and his own body temple with the wine he and his court drank that night. As a result, that night Belshazzar was slain and Darius the Mede took over the kingdom. (Daniel 50:30, 31)

In contrast, Daniel, in Chapter 1, refused to drink the king’s wine because he did not want to defile his body temple. Daniel acknowledged God’s holiness, His separateness and sovereignty, by allowing God to set him apart as a holy vessel for God’s service. His example shows that humility is the quality of accepting God’s sovereignty in our lives.

Our world today celebrates Belshazzar’s hubris and scorns Daniel’s humility. An ad for Las Vegas during last Sunday’s Super Bowl proclaimed, “Here you don’t need permission from anyone except yourself.” Daniel 5 reminds us that true power comes not from self or from other humans; instead, true power comes when our response to God’s holiness is humility rather than hubris.

What good news can we find in the story of Belshazzar? First, what makes an object, a time, or a person holy is to be set apart for God’s use. Humility is the quality of allowing God to use us for His purposes. Rather than being a sign of weakness, Daniel’s humility gave him the courage to announce God’s judgment on the most powerful ruler in the world and to deliver God’s justice to the oppressed Jews.

Another practical aspect of God’s holiness and human humility is that God creates a safe place for us in His presence when He makes us humble and holy. We are set apart from the danger that hubris always attracts. A world without boundaries between holy and common robs us of the safety of living within God’s powerful presence. Daniel was safe within the boundaries of divine holiness whereas Belshazzar moved outside of them and failed to survive that night.

In the chaos of world politics, it’s especially good news that “The Most High God is sovereign over the kingdoms of men and sets over them anyone He wishes.” (Daniel 5:21) As I write these words, it is Monday, February 3, the day of the Iowa caucuses. Whether one is a Democrat or Republican, Daniel 5 reminds us that God is still setting up and removing leaders and we can trust in His timing. Even in our fractured world, we can still praise God for the beauty and splendor of His Holiness.

Douglas Jacobs is the community health coordinator for the Collegedale Church of Seventh-day Adventists and a research professor in the School of Religion at Southern Adventist University.

Photo by Marek Studzinski on Unsplash