The Bible as History

The Bible as History 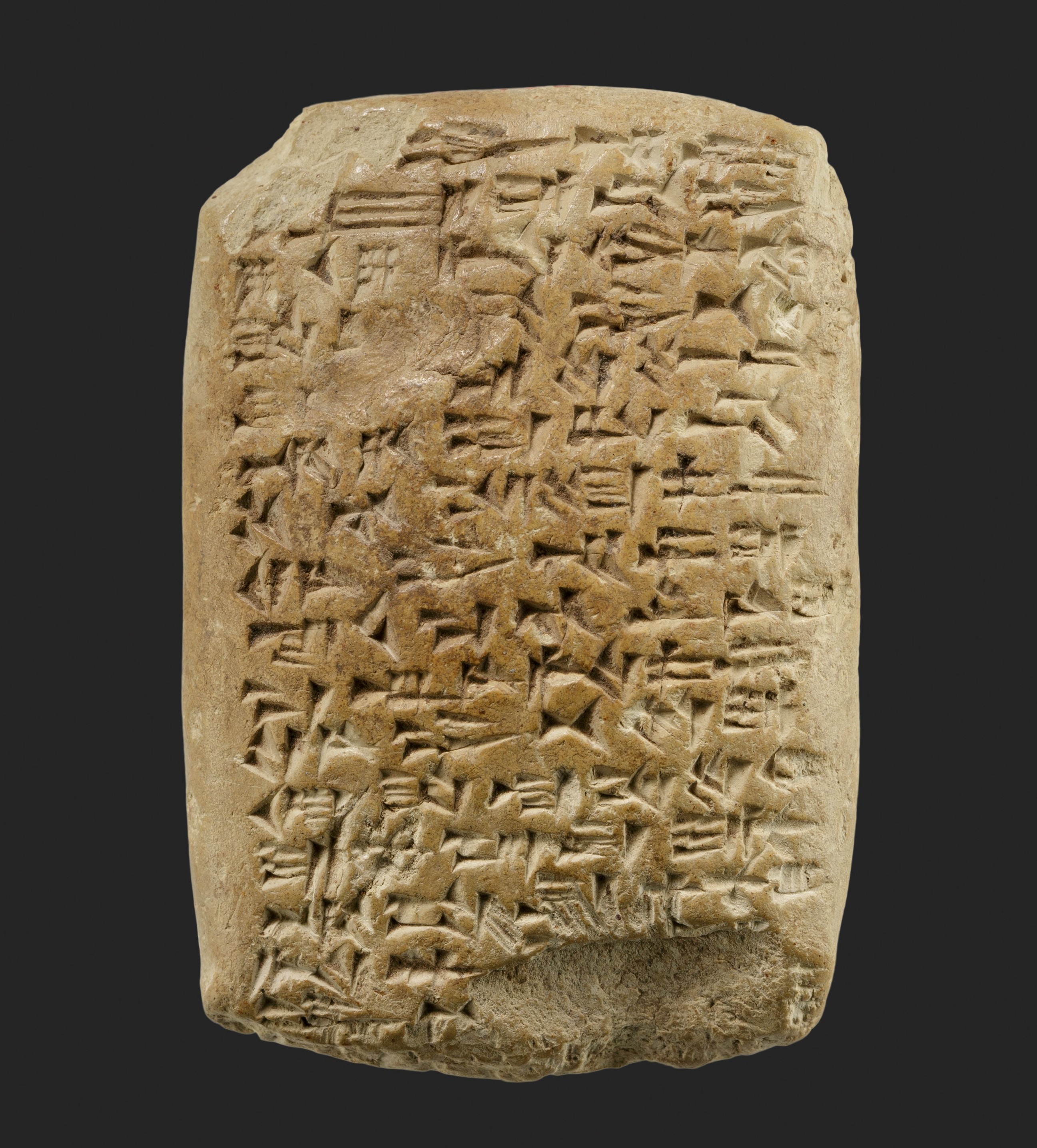 Generally, the Bible talks about history—past, present, and future—through the lens of literal Israel (OT) and spiritual Israel (NT). The questions that are often asked are: “Can we still trust the Bible?” “Can we still believe the Bible?” We can still believe this old book called the “Bible” that has survived for more than two millennia. The following historical facts show that the Bible is an historical book.

First, the Exodus from Egypt took place about 1450 BC. The date can be worked out from First Kings 6:1 where Solomon began to build the temple about 480 years after the Exodus. Solomon came to the throne around 960 BC, and 480 years from this date gives us dates between 1440 and 1450 BC. Two theories are forwarded to support the fifteenth century BC date. A volcanic eruption took place at Sinai around 1450 BC and it is theorized that this explains the language in Exodus 19:16–19.

A second theory relates to the Habiru invasion and when it took place. Take for instance the Tel El-Amarna tablets discovered in Egypt; these record certain invasions into Palestine by the Habiru (marauders). From this document, we find that Abdu-Heba wrote to the Pharaoh of both the oppression of Egypt and the exodus. The Habiru at that time besieged Jerusalem and wanted to take their city back. It is believed that the Habiru were the Israelites who had escaped from Egypt in 1450 BC and were now invading Palestine.

A second line of evidence begins at 1 Samuel 8. The Bible records the government that arose among the Israelites. It started with Saul as the first king of Israel, followed by David and then Solomon. This was called the “united monarchy.” Historians are convinced that these stories are true and historically reliable. The reigns of David and Solomon are considered the “golden age” of ancient Israel.

Solomon was also an historical figure and was a type of Christ. Solomon’s name means “peace” and “prosperity.” During his reign, Israel experienced national peace and prosperity. Also, the population may have doubled since Saul’s time.[3] The construction of the temple was begun in his fourth year (959 BC) and was completed seven years later (cf. 1 Kgs 6:36f). The temple served a dual purpose. It was a royal chapel for priests and kings and, since it held the Ark, it was intended as the national shrine of the people of Israel proclaiming their allegiance to God.

During the reigns of David and Solomon, Israel witnessed what is often called: the “golden age,” where the culture of ancient Israel flourished; the land experienced an amazing period of peace and prosperity.

This leads us to the third line of evidence. In 722 BC, the Assyrians invaded the land of Israel and deported its ten tribes to the Assyrian territories. With time, these ten tribes merged with other nations, and eventually lost their identity.[4]

The history of Judah is dealt with in the biblical record. Chapters 36–39 of Isaiah are mainly historical interludes that deal with Assyrian invasions under the leadership of Sennacherib (705–681 BC), the illness of Hezekiah (chap 38), and Merodach-Baladan’s visit (chap 39). Sennacherib became king of Assyria in 705 BC and made his first campaign against Judah in 701 BC. He captured forty-six walled cities of Judah, including Lachish, and besieged Jerusalem, where Hezekiah found himself imprisoned. The inscription of Sennacherib’s clay prisms, describing his campaign against Hezekiah and the Philistines in 701 BC, are the most detailed Assyrian accounts of an episode related in the Bible.[5]

Sennacherib then had to turn his attention to Babylon where Merodach-Baladan (subject to Sargon since 710 BC) made another bid for the kingship with the help of the Arameans, Elamites, and Arabs. He was defeated by Sennacherib at Kish in 703 BC, who plundered Babylon and deported 208,000 prisoners. Only in 693 BC was Babylon finally suppressed and the god Marduk was taken to Assyria. It was then that Sennacherib took the ancient title “king of Sumer and Akkad.” In the wake of these developments in the eastern part of the empire, Palestine also rose and rebelled against the Assyrian overlords. Sennacherib marched along the Phoenician coast line and reimposed control there.

He also took 200,150 prisoners from the countryside of Judah and deported them to Assyria. By these acts he isolated Hezekiah in Jerusalem, after which he besieged the capital of Judah and, from Sennacherib’s perspective, he could describe Hezekiah’s situation as being “like a bird in a cage.” Then, however, the angel of the Lord smote Sennacherib’s army and the siege was raised (cf. 2 Kgs 19:35). Interestingly the Assyrian annals are noticeably silent about the reason for the ending of the siege. The presumption is that Sennacherib’s death followed soon after his return from Palestine (cf. 2 Kgs 19:36).

The kingdom of Judah managed to retain its independence for a while because the Assyrian empire began to decline. With time, the newly formed empire, known as the Neo-Babylonian Empire, conquered Assyria. It was founded by Nabopolassar and the fall of Nineveh in 612 BC could be taken as a point of departure, although it is also often argued that the decisive victory over the Egyptians at Carchemish in 605 BC was the moment when the Neo-Babylonian empire commenced.

Nabopolassar (626–605) was made king on November 22, 626 BC after defending Babylon successfully against the Assyrian army. In 616/15 BC the crown-prince Nebuchadnezzar defeated the Assyrians at the Euphrates and drove them back to the heart of Assyria proper. Asshur fell in 614 BC and Nineveh in 612 BC.

In the Babylonian Chronicles, no record of the final assault is given, which might support the classical tradition that the final stronghold in Harran was overrun in 605 BC, where the battle at Carchemish was won by Nebuchadnezzar, following which he “conquered the whole area of the Hatti-Country”[6] (Syria-Palestine) (cf. 2 Kgs 24:7). In his first visit against Jerusalem, Nebuchadnezzar, in 605 BC, took Daniel, Hananiah, Mishael, and Azariah as hostages to Babylon—a common practice in regard to the stability of a vassal-overlord relationship. In his second visit to Jerusalem in 597 BC, he took Ezekiel, along with ten thousand prisoners, including Jehoiakim and Jehoiachin. On his third visit, in 586 BC, he destroyed the city and its temple.

The fourth line of evidence that the Bible records legitimate history, apart from recording the life, death, and resurrection of Christ, is that it tells of those people who were involved during His time. Caiaphas was one of those people who plotted to kill Jesus; this shows that the time of Christ’s ministry was included within the years of his administration. Interestingly, in November 1990, archeologists “uncovered a crypt with four loculi in which twelve ossuaries were discovered.”[7] Coins and writing styles dated these ossuaries to the first century AD. Two inscriptions appeared: the first, on the side of the ossuary, read “יהוסף בר קיפּא” (Yehoseph bar Qyph’); the second, at the end of the ossuary, read “יהוסף בר קפּא” (Yehoseph bar Qph’). The ossuary contained bones of an old man, sixty years of age along with “two infants, a toddler, a young boy and a woman,” and is thought by some to be “the ossuary of Caiaphas the High Priest, to whom Josephus refers as Joseph Caiaphas.”[8]

A second ossuary had the inscriptions “קפּא” (Qph’). The third ossuary bore the words “מרים ברת שׁמעון,” which means “Miriam, daughter of Simon.” Also, “a coin minted during the reign of Agrippa I (42/43 C.C., with the inscription “βασιλεὺς Ἀγρίππας” “King Agrippa”) was found in the mouth of the skull.[9] From the Gospels, one can conclude that Caiaphas was the high priest of the year in which the events of Christ’s passion were fulfilled. These extra-literary sources provide evidence for the existence of Jesus and of those who lived during His time. The evidence supplied by archeology also substantiates the claims of Judeo-Christianity more than anything else.

On the one hand, while archeology and archeologists cannot verify everything about the Bible, “archaeology has proved to be a friend of the Bible, not its foe,” said Erwin W. Lutzer.[10] On the other hand, our faith in God’s Word is not dependent on archeology.

Faith is given prominence in the book of Hebrews, which mentions sixteen characters by name: Abel, Enoch, Noah, Abraham, Sarah, Isaac, Jacob, Joseph, Moses, Rahab, Gideon, Barak, Samson, Jephthah, David, Samuel, plus “we” (vs. 3), Moses’ parents (vs. 23), “the people” of Israel (vs. 29), and “the prophets” (vs. 32). All these showed extraordinary faith.

Faith is needed in our exposition of the Bible and in the way we believe in His word. Not to place our “faith—blind faith—on manmade theological interpretation of God that does not exist anywhere in the Bible.”[11] The Bible does not teach blind faith; in fact the Bible says: “Now faith is the substance of things hoped for, the evidence of things not seen” (Heb 11:1). Biblical faith is not blind but is powerfully warranted; we have good reason to believe. Our faith is built on a great foundation, based on the Word of God, which contains a revelation of Himself. Therefore, our faith is far from being blind; it is a biblical faith and not a blind faith. Faith is the second-greatest principle of the Christian religion (second to love) (cf. 1 Cor 13). It is a faith that is rooted in history and evidence.

Faith is not credulity. It is not believing in something you know is not true. Neither is faith a substitute for knowledge. Christian faith operates in the realm of meaning, not in the realm of fact. Faith recognizes fact but it is not out to obtain, contradict, or prove facts. Saint Augustine of Hippo (354–430 AD) knew this when he said, “I believe in order that I may understand.”

Saint Anselm of Canterbury (1033–1109 AD) said: “Faith seeking understanding” (fides quaerens intellectum).[12] He further writes, “I do not seek to understand that I may believe, but I believe in order that I may understand. For this, too, I believe, that unless I first believe, I shall not understand.”[13] This unique attitude is common for both saints—Augustine and Anselm; they did not seek to replace faith by understanding, but sought to establish a deeper relationship between both. In other words, it is negligence if we make no attempt to understand what we believe.

So how do we accept this gift? Not by a feeling, for “So then faith comes by hearing, and hearing by the word of God” (Rom 10:17). It is not for me to sit down and wait for faith to come upon me with a strong feeling of some kind. Rather, faith comes when we take God at his word.[14]

“For whatever is born of God overcomes the world. And this is the victory that has overcome the world—our faith” (1 John 5:4 NKJV). The opportunity is ours as it was of people of old (Heb 11). Note that the first struggle was between faith and reason; today it is between reasonable faith and faithless reason!

[5]Gaalyah Cornfeld and David Noel Freedman, Archaeology of the Bible Book by Book: An Up-to-Date Archaeological Commentary on the Bible, with over 400 Illustration and Maps (New York, NY: Harper & Row, 1976), 155.