Warning and Judgment: The Trumpets of Revelation 8

Warning and Judgment: The Trumpets of Revelation 8 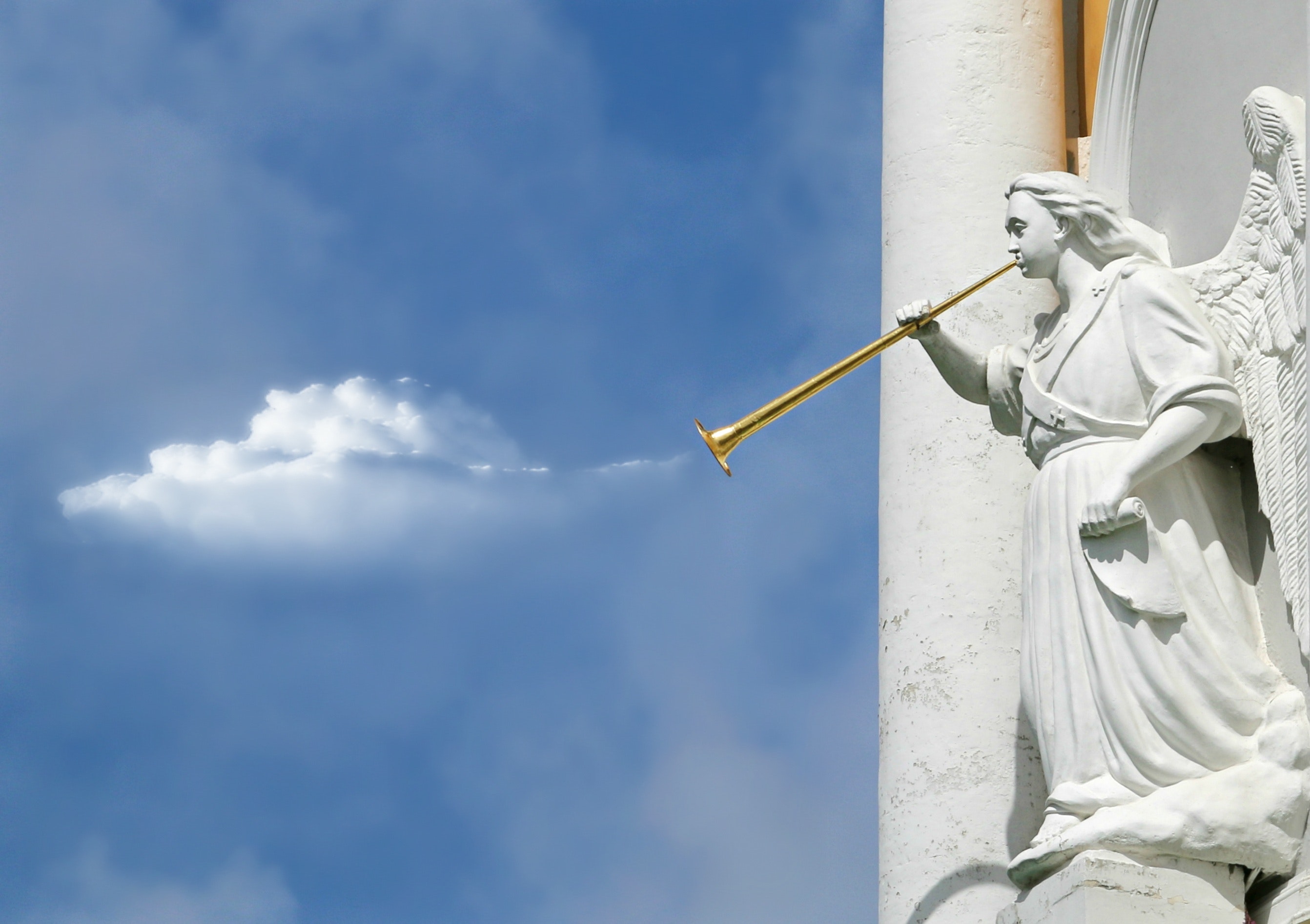 Let me begin by saying that I am not a Biblical scholar and, like most people reading this week’s Sabbath School lesson, I am studying and praying through it to gain a better understanding of the concepts covered. Revelation 8 has been the most challenging for me when it comes to symbolism and interpretation and I will rely on your comments and insights when discussing this topic. Angel Manual Rodriguez notes that one of the most difficult passages to interpret is “Revelation 8–11, the seven trumpets.” Rodriguez also states that there are differing views of what time periods should apply and that interpreting these passages can often become confusing. The imagery and language in this particular passage of Revelation contains multiple Biblical and prophetic references, including the sanctuary, and historic periods. As a result, we will move slowly through the chapter and try to create an overview of the messages and symbols within.

Prayers of the Saints

First, Revelation 8:2 introduces us to seven angels who “stand before God and seven trumpets are given to them.” (NIV). Following this introduction, verses 3 and 4 brings us to “another angel,” one “who had a golden censer…He was given much incense to offer, with the prayers of all God’s people, on the golden altar in front of the throne.” (NIV). According to Rodriguez, “the references to the altar of incense, the censer, the burning of incense, and the angel indicate that a ritual activity is taking place in the holy place of the heavenly sanctuary.” (2010). This description establishes our setting. In the book Early Writings, E. G. White notes that when Jesus died

the services of the earthly sanctuary were forever finished, and that God would no more meet with the priests in their earthly temple, to accept their sacrifices... As the priest entered the most holy once a year to cleanse the earthly sanctuary, so Jesus entered the most holy of the heavenly, at the end of the 2300 days of Daniel 8, in 1844, to make a final atonement for all who could be benefited by His mediation, and thus to cleanse the sanctuary.

According to Haskell, the incense was offered to God along with the prayers of the saints. Those prayers were accepted by God, as noted by the incense being taken up.  (Haskell, 1914). Revelation 6:10 states that the contents of those prayers are their cries of “how long” or their pleas for justice, to “avenge our blood.” (NIV).  Revelation 8 singles out the suffering of God’s people and His response to that suffering.

The chapter then goes on to detail each angel and what happens when they sound their trumpets. For example, Revelation 8:7 says, “The first angel sounded his trumpet and there came hail mixed with blood and it was hurled down to earth. A third of the earth was burned up and a third of the trees were burned up and all the green grass was burned up.” (NIV). These verses create a very vivid picture. Notice that although the items thrown down to earth burn, not everything burns completely, only a third of the trees. The implication within the text is that this is not a complete solution or judgment.

In each instance, the prayers of the saints and their appeals to God, are answered.  These answers come at different points in time.  “The trumpets are not God’s final eschatological judgments upon impertinent sinners but judgments taking place within the flow of history.”  (Rodriguez, 2012).  The judgments delivered are completed at different points in history. The message of the trumpets show that God is consistent and keeps his promises. It provides reassurance that He is faithful.

Meaning of the Trumpets

The descriptions of the seven angels and seven trumpets engage the reader’s visual sense but also the sense of hearing.  There is a very specific sound refenced by trumpets and they are used to call attention to something.  But what does it all mean? The Bible references trumpets and blowing trumpets several times, including in the following cases:

In Ezekiel, Joel, and Numbers the trumpet is used as a way to announce, warn, or to sound an alarm.  This same context is used in Revelation 8 when the seven trumpets are blown.  The blast of the trumpet before each angel’s delivery acts in many ways as a signal, an alarm. Jon Paulien notes that trumpets are often referred to in three ways in the Old Testament—to signal war, in worship and prayer, and/or a combination of these two things. (Paulien, 2018).  When viewed in this light the alarm sounded by the trumpets in Revelation 8 also signals God’s response to the prayers of the saints; as noted above, it is a response to prayers for intervention.  (Paulien, 2018).

The message in Revelation 8 is a difficult one to apply but again rests on the assurance that God keeps his promises. (Paulien, 2012). In each time period those who have suffered have prayed for intervention or for justice and God has answered those prayers. Although a majority of this week’s study focuses on Revelation 8, the authors also refer to Revelation 10:8–11. In this passage, John is instructed to eat the scroll he is writing on and told that it will taste sweet but will cause his stomach to become sour.  This signals that the messages delivered in Revelation 8 are bittersweet. While these seven angels carry out justice and vindicate the saints that are persecuted, the acts themselves are bitter. Although a message of encouragement can be found in Revelation 8, it resounds as an alarm as the judgments carried out by each angel becomes increasingly severe and more urgent.

Haskell, S. (1914). The Cross and its Shadow. [PDF file]. Retrieved from http://adventpioneerbooks.com/Text/pioneer/SNHASKEL/CROSS.pdf

Rodriguez, A. (2012, January). Issues in the Interpretation of the Seven Trumpets of Revelation. Ministry Magazine.Retrieved from https://www.ministrymagazine.org/archive/2012/01/the-seven-trumpets-of-revelation