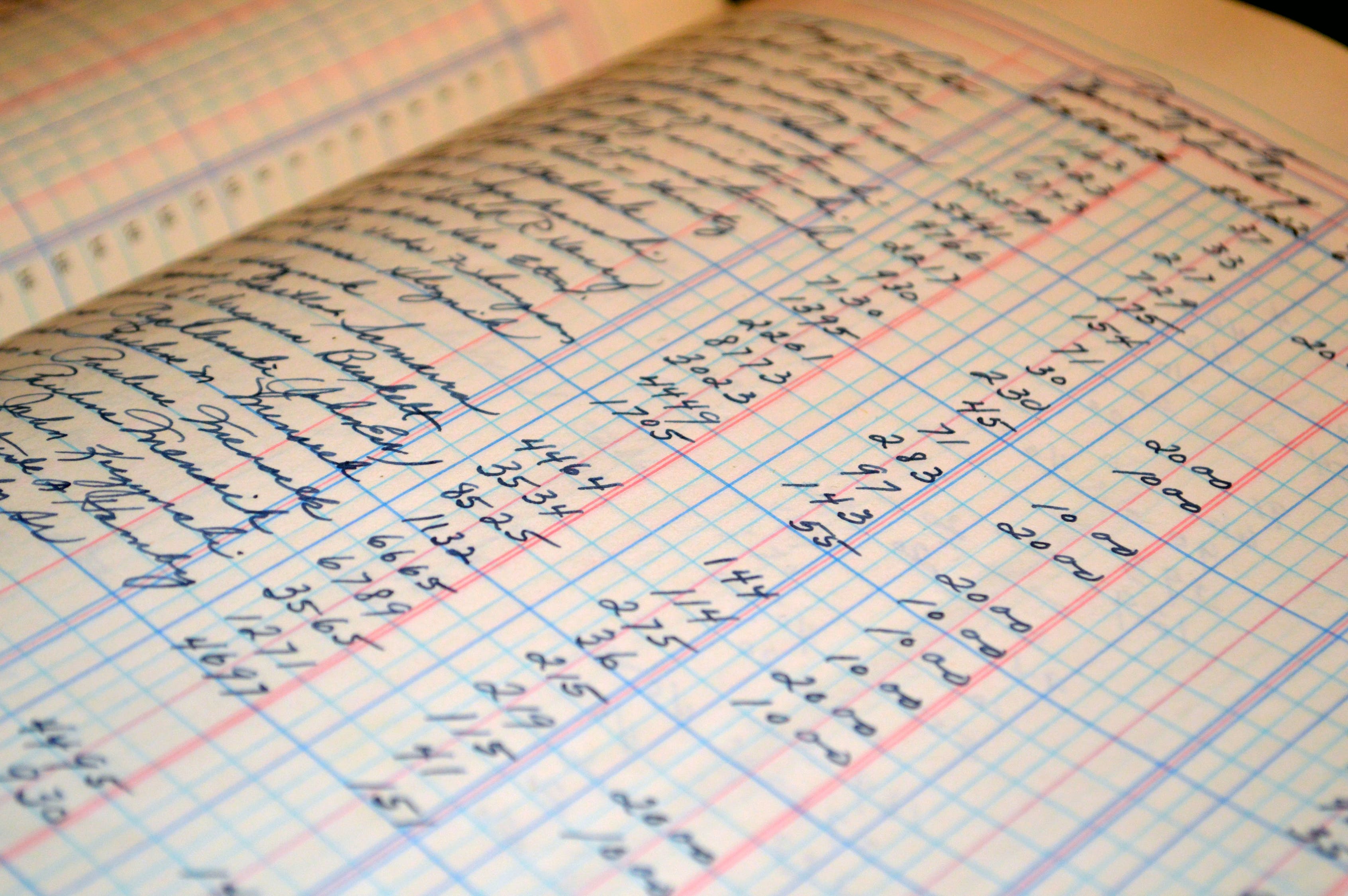 The word genealogy comes from two Greek words: genea, meaning “race,” “birth,” “descent,” and “family;” and logos meaning “word.” Therefore, the word genealogy conveys the notion of “tracing of a lineage” and the science of the study of “family history.”[1] Genealogy is the history of one’s family and at times is called family tree construction.

Biblical genealogy is a listing of names showing the interrelationship of individuals, clans, or nations. Genealogies mainly are found, but not limited to, the Pentateuch, Ezra-Nehemiah, and the Chronicles. While biblical genealogies are condensed at times and are not necessarily arranged to include all descendants, yet these records are valid and precise. Genealogies are arranged to look forward and also backward in time. The former is from ancestor to descent (cf. Ruth 4:18-22, that traced the family line of King David)—seen as a genealogy proper. The latter is from an individual to ancestor (cf. Ezra 1:1-5 in which the author traces the ancestry of Ezra back to Aaron, the priest), which is, strictly speaking, a lineage. The arrangement of the genealogies shown in Ezra is done in such a way to highlight his [Ezra’s] “temple interest when he is first introduced to the reader.”[2] Genealogical information is always supplied for a reason.

One purpose for genealogies in the Bible is to preserve the family tree. Genealogies help trace one’s ancestral line. The term “son” and “father” are used to refer to ancestral heritage.

A second vital reason why genealogies are essential is that the Bible began as oral tradition. Since the people of the Orient had no access to written documents, they “committed to memory the details of their descent.” For instance, a Bedouin Arab can “recite a list of his ancestors from memory for an hour without making any mistakes.”[3]

A third reason why genealogies exist is that they are crucial records in the Bible. The first recorded genealogy is found in Genesis (Ch. 5)—memory played an important part. The memorized information was passed from generation to generation until eventually it was written down.

A fourth reason for genealogies is that they were a useful tool for the national life of ancient Israel. Genealogies were used in the wilderness experience and the military organization of the various tribes of Israel (Num 1:2-4). It also helped to calculate an exact amount of taxes and offerings contributed to the sanctuary (Num 7:11-89). It provided the persons with a unique sense of identity within the nation. It helped to locate family holdings broadly. Arab travelers, when asked while travelling, “Who are You?” would commonly reveal their identity, ancestral background, village, province where they originated; and this assisted their safety.

A fifth reason for genealogies is that it aided in maintaining a priestly purity after the exile. When the exiled returned to Jerusalem from the Babylonian captivity, Nehemiah was quick to record the genealogies of the returnees (Neh 7:5). Such a pedigree helped locate men who were qualified to serve as priests (Neh 7:64).

A sixth reason was that genealogies helped trace the Messianic Line. Lineages were of vital importance as they traced the Messianic Line from David to Christ. Isaiah 11:10 says that the Messiah would also come from “the root of Jesse, Who will stand as a signal for the peoples; And His resting place will be glorious.”

A seventh reason for such lists is that it showed the identity of Christ Jesus. Matthew 1:2-17 records the genealogies of Christ, which proves that He [Christ] was the promised Messiah. Matthew shows that the Messiah’s legal line was of royal descent, in which he traced His Messianic line from Abraham to Joseph, that is, a genealogy to look forward—a genealogy proper. Luke’s genealogy in Luke 3:23-38, is a genealogy that looks backward—which records the Messiah’s line from the time of Mary all the way back to Adam.

There are two kinds of genealogies in the Old Testament: tholedoth—genealogical history (Gen 2:4); and yakhas—genealogical records (Neh 7:5). The lineages detailed in Ezra-Nehemiah are vital because it accepts an Israelite (Ezra 2:59-60) and secures his priestly privileges (Ezra 2:61-63). The concern, says Tremper III Longman, is not the racial purity as such, but rather Israel’s theological integrity (Ezra 9:1-2).[4]

As stated previously, the list recorded in Ezra 2 is not just to mention the names of those who returned to the land, but genealogies registered them. It is, as Lester L. Grabbe indicates, that genealogies are “an important witness to the preeminence of certain families, the right of some to serve in the temple, and the certification of ownership of the land.”[5] Genealogies show more than just biological relationships; they show social and power perspective.

In the case of Ezra-Nehemiah, the purpose of the genealogy was to highlight the Temple service. It reveals the significance given to the Temple being rebuilt. Ezra-Nehemiah echoed the pre-exilic community in the life of the post-exilic community. Ezra-Nehemiah showed the faithfulness of God in fulfilling His promises made a long time ago through the prophet Jeremiah. The reclaiming of the land once lost through captivity is now theirs, and the genealogies help enforce such a claim.

The major focus of the genealogies listed in Ezra-Nehemiah have to do with the building of the Temple and possessing the land that once belonged to the children of Israel. For that reason, God stirred up King Cyrus and some of the exiles to return (Ezra 1:1-5; 2:1-35). Sad to say, not all returned to fulfil this task.  Francis D. Nichol says:

By now, the Jews who remained in the land of exile had been there for almost a century and a half. Excavations of Nippur have brought to light numerous documents that show that many wealthy Jews lived in that region of Mesopotamia during the reign of Artaxerxes I. Hence, it may have been a difficult task for Ezra and his fellow leaders to convince as many to return as did accompany him. These returning colonists could expect only a hard pioneering life in the old homeland, with far fewer comforts than in Babylonia. In view of these considerations it is surprising to find that Ezra succeeded in persuading almost 2,000 families to cast in their lot with their brethren in the old homeland.[6]

Ezra 3 and 4 focus on the opposition to rebuilding the Temple and the walls of Jerusalem. The neighboring people, when they saw that some of the Jews returned, felt insecure and realized that such would affect their political and economic authority. Ezra 5 and 6, however, center around the plan of God for His people personified in the ministry of Haggai and Zachariah, who brought renewed hope to the returnees to rebuild the Temple.

The work of Ezra-Nehemiah could not continue until they humbled themselves in prayer. Ellen G. White, in Prophets and Kings, wrote:

In their work, Ezra and Nehemiah humbled themselves before God, confessing their sins and the sins of their people, and entreating pardon as if they themselves were the offenders. . . . Nehemiah was not a priest; he was not a prophet; he made no pretension to high title. He was a reformer raised up for an important time. It was his aim to set his people right with God. Inspired with a great purpose, he bent every energy of his being to its accomplishment.... As he came into contact with evil and opposition to right he took so determined a stand that the people were roused to labor with fresh zeal and courage.[7]

Like David, Ezra humbled himself with fasting; fasting deepens humility, creates a hunger for God’s work, and feeds faith (Ezra 8:21; Ps 35:13). In spite of the tribulations and persecutions Ezra-Nehemiah faced, they had strong faith in God. When one faces challenges in life, difficulties will reveal the real condition of the depth of one’s faith in the Lord. I like the way Charles Graham has put it in his book, A Year of Encouragement: “trials, tribulations, difficulties and hardships, by whatever name, description or cause, can destroy us or make us stronger.”[8] The Chinese proverb fits here, “A gem is not polished without friction, nor a man perfected without trials.” Or as the Latin would say: “Tribulation brings understanding.”

May the Lord help all of us to be vigilant in our Christian walk with Him, to keep the faith at all times. I am reminded of what the apostle Paul wrote to the Corinthians when he said:

4 But in all things, let us exhibit ourselves as ministers of God with great patience: through tribulation, difficulties, and distress; 5 despite wounds, imprisonment, and rebellion; with hard work, vigilance, and fasting; 6 by chastity, knowledge, and longsuffering; in pleasantness, in the Holy Spirit, and in unfeigned charity; 7 with the Word of truth, with the power of God, and with the armor of justice to the right and to the left; 8 through honor and dishonor, despite good reports and bad, whether seen as deceivers or truth-tellers, whether ignored or acknowledged; 9 as if dying and yet truly alive; as if chastised and yet not subdued; 10 as if sorrowful and yet always rejoicing; as if needy and yet enriching many; as if having nothing and possessing everything (2 Cor 6:4-10).

[3]Thomas Nelson, NKJV, Children's Ministry Resource Bible: Helping Children Grow in Christ (New York, NY: Harper Collins, 2013), 909. “The Egyptians and Chinese were among the first ancient peoples to keep written records of ancestry. Both cultures were ruled by lines of royal families called dynasties. Power and great wealth were passed down from generation to generation. The lower-class Chinese also kept family records. Even the poorest home had an altar with the names of ancestors. The ancient Greeks and Romans mixed up their family trees with the genealogy of the gods they worshipped. Many rulers claimed to be related to one or more of the gods, and they showed it using family trees. as a descendant of a god, the ruler showed his right to authority.” [Bonnie Hinman, Basic Genealogy for Kids (Hallandale Beach, FL: Mitchell Lane, 2012), 16].