Silence in Heaven — for about Half an Hour 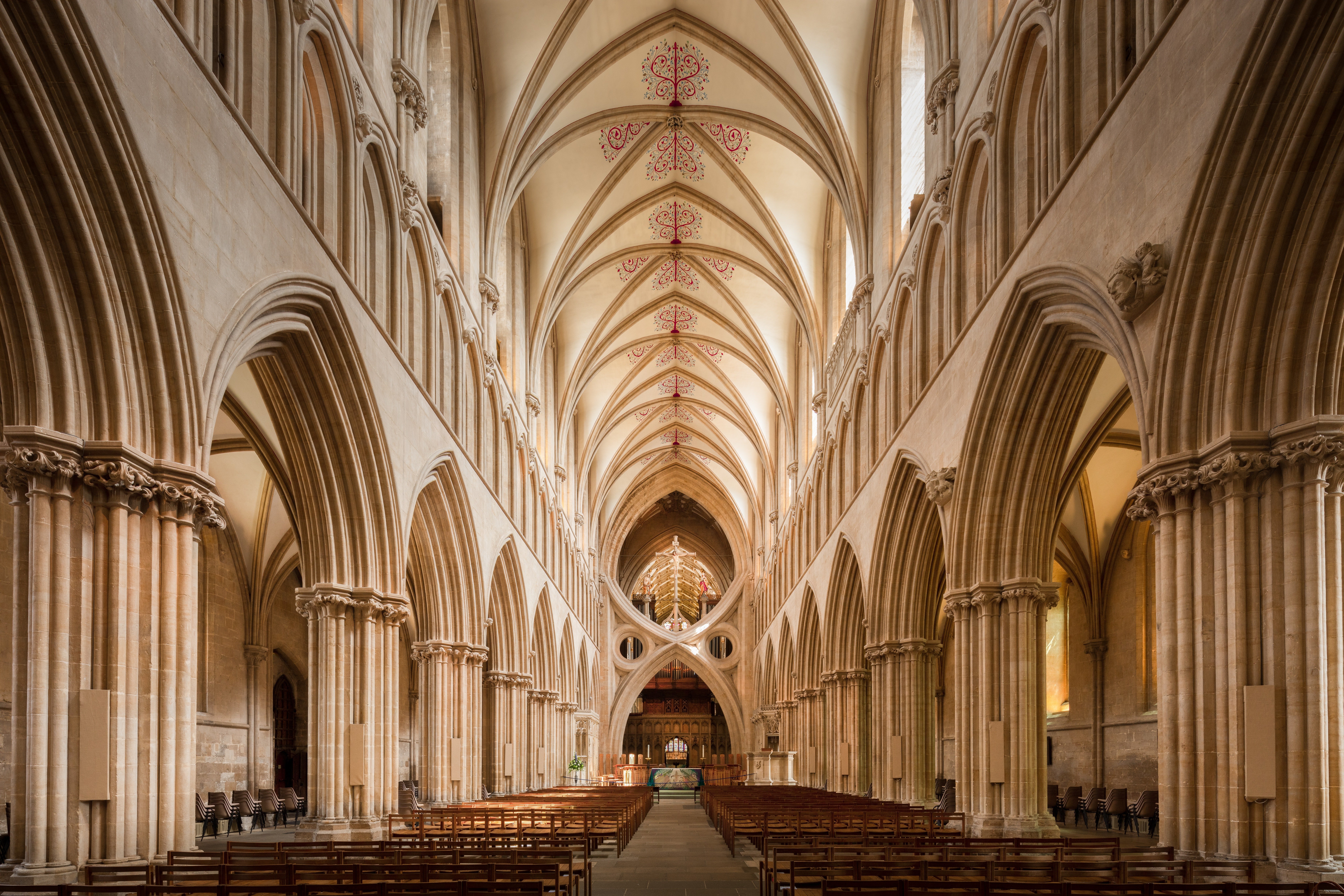 I am guilty of writing longer submissions than I ought to or planned. This time I will make it shorter (somewhat). Since it is impossible to capture the resolution to the crisis in the heavenly council in prose, I have tried to do it in poetry. My attempt falls short, I know, but it is better than prose. For the prose part in this submission, please consider the following:

1. The problem of the sealed scroll is not that its content is unknown but that it is not understood. The best background text is found in Ezekiel. The content of that scroll is known.

I looked, and a hand was stretched out to me, and a written scroll was in it. He spread it before me; it had writing on the front and on the back, and written on it were words of lamentation and mourning and woe (Ezekiel 2:9–10).

2. “Unsealing” as a process of understanding is described several places in the Old Testament, as in Isaiah.

For the LORD has poured out upon you a spirit of deep sleep; he has closed your eyes, you prophets, and covered your heads, you seers. The vision of all this has become for you like the words of a sealed document. If it is given to those who can read, with the command, “Read this,” they say, “We cannot, for it is sealed” (Isaiah 29:10-11).

The “sealed document” in this text is sealed at the level of comprehension. The information is there, but comprehension is lacking.

3. The breaking of the seals must be understood symbolically, not allegorically. In a symbolic reading, there is good and reproducible correlation between the symbol and the referent. G. B. Caird was rightly unimpressed at the lack of novelty in the parade of war, famine, and death that accompanies the breaking of the seals (6:1–8). “Then on to the stage of history come only four horsemen representing disasters as old as the human race,” he wrote. “Is this all that we are to receive from the regnant Christ?”

4. “God is not the only one who is at work in the world.” This ought to be said often in our lives, but it cannot be said too often when we are reading Revelation. Do we get to see “the other side” in the sequence of the seventh seal? If the answer is yes, it is ill advised to read the scenes accompanying the breaking of the seals as “covenant curses.” If we see the other side at work, the scroll that is sealed with seven seals is a Book of Revelation, a revelation acted out within Revelation. Another word for this type of revelation is exposé.

5. When the martyrs cry out in connection with the fifth seal, they put words to the problem already evident in the heavenly council: there is a discrepancy between reality and expectations.

before you decide to act justly [krineis]

and vindicate [ekdikeis] our blood

“How long?” is the quintessential theodicy question in the Bible. While many readers think that God delivers a swift response to the outcry in the form of punishment, I agree only that the response is swift, and the response is this: “They were each given a white robe and told to rest a little longer, until the number would be complete both of their fellow servants and of their brothers and sisters, who were soon to be killed as they themselves had been killed” (Revelation 6:11). The killing does not stop; the stream of victims does not let up, but the victims have hope.

6. It has long been recognized that the seals in Revelation are parallel to the calamities described in “the Synoptic Apocalypse” in Matthew 24. The dominant element in the Synoptic Apocalypse is identity theft and deception: “Many will come in my name, saying, ‘I am the Messiah.’” (Matthew 24:5). Is this element left out in the seven seals? If it is not left out, where is it?

7. It is wise to pay attention to the sealing in the intermission between the sixth and the seventh seals. This is one place where re-readers have a huge advantage. Conversely, the scenes of Revelation 7 are indispensable to understanding the drama in Revelation 13 and 14. The last few decades have witnessed the publication of huge and amazing commentaries on Revelation by David Aune (1998), Greg Beale (1999), and Craig Koester (2014). I recommend them all. But none of these commentaries matches the conceptual and rhetorical verve of a commentary that is now one hundred years old, written by R. H. Charles (1855-1931). He was an expert on apocalyptic literature to a degree that is matched by few today. Charles did not miss that there is a cosmic conflict going on. Listen to his view of the sealing:

The sealing is to secure the servants of God against the attacks of demonic powers coming into the open manifestation. The Satanic host is about to make its final struggle for the mastery of the world. In the past their efforts had been restricted to attacks on man’s spiritual being, and had therefore been hidden, invisible, and mysterious, but now at the end of time they are to come forth from their mysterious background to make open war with God and His hosts for the possession of the earth and of mankind. The hidden mystery of wickedness, the secret source of all the haunting horrors, and crimes, and failures, and sins of the past was about to reveal itself — the Antichrist was to become incarnate and appear armed, as it were, with all but almighty power. With such foes the faithful felt wholly unfit to do battle. With the rage and hostility of man they could cope, but with their ghostly enemy and his myrmidons about to manifest themselves with soul- and body-compelling powers they dared not engage. And so just on the eve of this epiphany of Satan, God seals His servants on their foreheads to show that they are His own possession, and that no embodied (or disembodied) spirit of the wicked one can do them hurt.

“The epiphany of Satan” — that is what Charles believed was on the horizon in Revelation — in the context of the seven seals. What a figure of speech! What prospect!

8. “The Root of Jesse” has what it takes to take the scroll and open its seals (Revelation 5:5). This — “the root of Jesse” — is an allusion to Isaiah 11:1-10. In my view, no Old Testament text is more important in Revelation or, for that matter, the rest of the New Testament. It is also a key text in Paul’s letter to the Romans. Scholars make too little of it, whether in Revelation or Romans (Romans 15:12). It pays off to ponder this text in the original context (Isaiah), as I have tried to do in The Letter to the Romans: Paul among the Ecologists (2017). Scholars today are aware that John alludes to the Old Testament, but few have the patience to listen in depth to the Old Testament voice. “The Root of Jesse” comes to the world not only as a kingly figure but as a Revealer. There is no way to exaggerate the importance of this discovery.

9. As with other phrases in Revelation, we should search the Old Testament for a clue to the meaning of the silence in heaven upon the breaking of the seventh seal. We should search — with drones, submarines, vacuum cleaners, MRI-scanners, Wikileaks, and Google — before we conclude. For this one, I made it sound harder than it is because the best background text waits for us in broad daylight. Unsurprisingly, this one is also in Isaiah.

Just as there were many

who were astonished at him,

so marred was his appearance,

and his form beyond that of mortals,

so he shall startle many nations;

kings shall shut their mouths

for that which had not been told them

and that which they had not heard

The sun was shining in heaven,

but there was that vexing scroll,

For long they’d tried to ignore it,

but this day the word was out.

’Twas time to face the music,

I heard it, the loudest shout.

The council was in assembly,

I saw that they all were there,

and the scroll was still in the middle

and the faces contorted in fear.

They called for one who could open,

they searched for one high and low,

but the search resulted in nothing,

and this was the heaviest blow.

John saw it, and he was weeping,

his weeping went on and on.

And the scroll was still in the middle

— you will find it on amazon.*

They call it a scroll of secrets,

they’ve sealed it with seven seals.

That’s what I saw in the throne room,

where wheels are within the wheels.

For “sealed” is not only “unheard-of,”

“unsealed” is to understand,

and this is the little-known secret,

for it is not told in the land.

Those horses running so wildly,

the red and the black and the ashen,

the famine, the sword, and the knife.

And the voices beneath the altar,

they’re shouting to God, “How long!”

and heaven’s forgotten its song.

The scroll — it is nearly exploding,

a nuclear blast on the throne,

the angels are running for cover,

all stricken, and God is alone.

Just then this sight in the middle,

a victim of violence he,

the sprig from the stump of Jesse,

And then there was silence in heaven

when he broke the seventh seal,

now open were all the seven

in heaven’s art of the deal.

There was silence for half an hour,

I saw it on heaven’s clock.

I knew when I read their faces

that everyone was in shock.

The sun was shining in heaven,

and there was the Ancient of Days.

I looked and I looked till I saw it,

the smile on his wizened face.