Sabbath: A “Day” of Freedom

Sabbath: A “Day” of Freedom 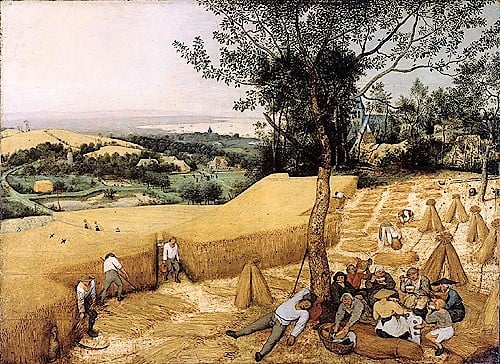 Sabbath in ancient Israel is about justice and liberation. The cessation of work on Sabbath is not meaningless ritual required to pad a divine ego. Rather, it is a lesson to humanity on how to live in community with fellow beings in ways that facilitate liberation. This becomes evident as one observes that in the Hebrew Bible, Sabbath is not only about the seventh day. It is also the seventh year, and the seven-times-seventh year. After six years of planting, the land must rest. After six years of service, the slave must be emancipated and given enough provisions to start over. Jubilee comes at the end of seven cycles of sabbatical years falling on the fiftieth year. According to Leviticus 25:10, the fiftieth year is sacred—it is a time of freedom and of celebration when everyone receives back foreclosed property, slaves return home to their families, and the land rests.

Sabbath is a lesson that beyond the hurry scurry of everyday life, above the many attempts to identify ourselves as individual persons, classes, groups and species, there is only One in which we are all bounded through grace; and the more we become conscious of this reality, the less unfree we become. Outside of this understanding of Sabbath, a seventh-day observance amounts to mere idolatry.

Close reading of the fourth commandment in both the Exodus 20:8–11 and Deuteronomy 5:12–15 versions indicates that Sabbath is about solidarity in community. Everyone must rest, including the livestock and the slave. The Exodus version reminds Israel that all creation comes from One. And the Deuteronomy version reminds Israel that they were slaves in Egypt—they were once outcasts on the margins of society. It is a comprehensive call for solidarity to do to others as you would have them do to you.

The Seventh Day Is (a) Sabbath

In prophetic ideal, Sabbath is the basis of justice and justice is the actual meaning of the word translated righteousness in both old and new testaments. In Isaiah 58, to cease from trampling Sabbath by pursuing “your own interests” is to cease from exploiting the poor and vulnerable. “Look, you serve your interests on your fast day, and oppress all your workers.” (Isaiah 58: 3b). In Isaiah 56, it is the basis of including the foreigner and the stigmatized and outcast (eunuch), and so this chapter begins by defining Sabbath observance as maintaining justice and doing what is right. In this context, it means that the foreigner and the eunuch must be included in Sabbath observance, and thus be part of God’s covenant of justice.

Jubilee is the “year of the Lord’s favor” or “the acceptable year of the Lord” as the KJV renders it. It comes at the end of seven cycles of sabbatical years. The trumpet sounds throughout the land (Lev. 25:9), slaves are released, foreclosed properties returned, and the land rests. It is ultimate Sabbath because it summarizes all that Sabbath is about—liberation in creation. It is emblematic of the practice of justice which is the focal theme of Hebrew prophecy. It is in this sense that Isaiah describes his mission as the proclamation of Jubilee (proclamation of Shabbat):

The Spirit of the Sovereign Lord is upon me, because the Lord has anointed me to proclaim good news to the poor. He has sent me to bind up the broken hearted, to proclaim freedom to the captives and release from darkness for the prisoners, to proclaim the year of the Lord’s favor…. (Isaiah 61:1–2, NIV)

In Luke, Jesus Messiah reads from this very passage in the synagogue when, after His baptism, and filled with the Spirit, He returns to Galilee to begin His ministry:

The Spirit of the Lord is upon me, because he has anointed me to bring good news to the poor. He has sent me to proclaim release to the captives and recovery of sight to the blind, to let the oppressed go free, to proclaim the year of the Lord’s favor. (Luke 4:16–20 NRSV)

According to Luke, Jesus then hands back this Isaiah scroll to the synagogue attendant and declares: “Today the scripture has been fulfilled in your hearing.” Luke portrays Jesus Messiah as the one who takes up from where Isaiah leaves off in the call to observe Sabbath—to resurrect Sabbath buried underneath the quagmire of Judaic dogmatic self-indulgence. Thus, Jesus declares “The Sabbath was made for humankind, and not humankind for the Sabbath….” (Mark 4:27, NRSV).

The Sabbath was Made for Humankind

To set ritualistic boundaries upon the seventh day, regardless of the needs of humanity in the struggle for healing and freedom, is to offer up sacrifice to an idol, namely, a day. A truly Sabbath-observing community must be on the forefront of justice, advocating against the greed for power and possession that perpetuates suffering and excludes and stigmatizes based on difference. A Sabbath-observing community practices mercy and justice in the name of the one who made Sabbath, not merely for narcissistic ritual, but for the liberation of all the suffering, oppressed, stigmatized, and marginalized people of the world.

Having said all of that, someone may ask, “Are you saying we do not need to observe the seventh day?” Often such a question comes from a place of fear, the same fear that motivated Jesus’ own religious community to plot His execution because of His teaching regarding Sabbath (Mark 3:6). For them, Sabbath was about a religious/cultural self-identity that blinded them to its deep significance in justice and liberation: “in everything, do to others as you would have them do to you” (Matthew 7:12).

Jesus critiqued an approach to Sabbath that regards it as ritualistic law of prohibition. This ritualistic approach contravenes and runs counterintuitively to the meaning and purpose of Sabbath. As stated above, Sabbath is about hesed—steadfast love—justice. Jesus defends His hungry disciples who were being condemned for picking grain on the Sabbath day. He references the bread of the presence in the ancient Hebrew sanctuary, how David and his men on the brink of starvation went into the Holy Place of the sanctuary, a place where only the priests were allowed to enter, and ate the forbidden bread of the presence. This is to say that ritual law restricts and confines. It seeks the minimum requirement to maintain authenticity. Love on the other hand is boundless and open and frees us to be our best selves. It is love that binds all creation as one in all its multifaceted and diverse forms and experiences. In this is liberty—boundless life. This is the call of Sabbath across the cosmos and across the ages.

When Sabbath observance begins, it becomes the instrument of God’s power unto salvation. So yes, like Jesus, we observe the seventh day, but if that observance is merely a ritual, void of its foundation in steadfast love/justice, then it amounts to vain idolatry. Sabbath is about taking up the prophetic task to bring in jubilee—ultimate Shabbat:

good news to the oppressed,

healing for the broken hearted

liberty to the captives

release to the prisoners.

recovery of sight to the blind.

Sabbath is about the extent to which we accept the freedom of amazing Grace upon which the entire creation hangs and embrace the responsibility to struggle for and affirm the liberty of the other. Outside of that we are all shackled and chained, forever yearning to be free.