The Greatest of All Time or Worthy Is the Lamb

The Greatest of All Time or Worthy Is the Lamb 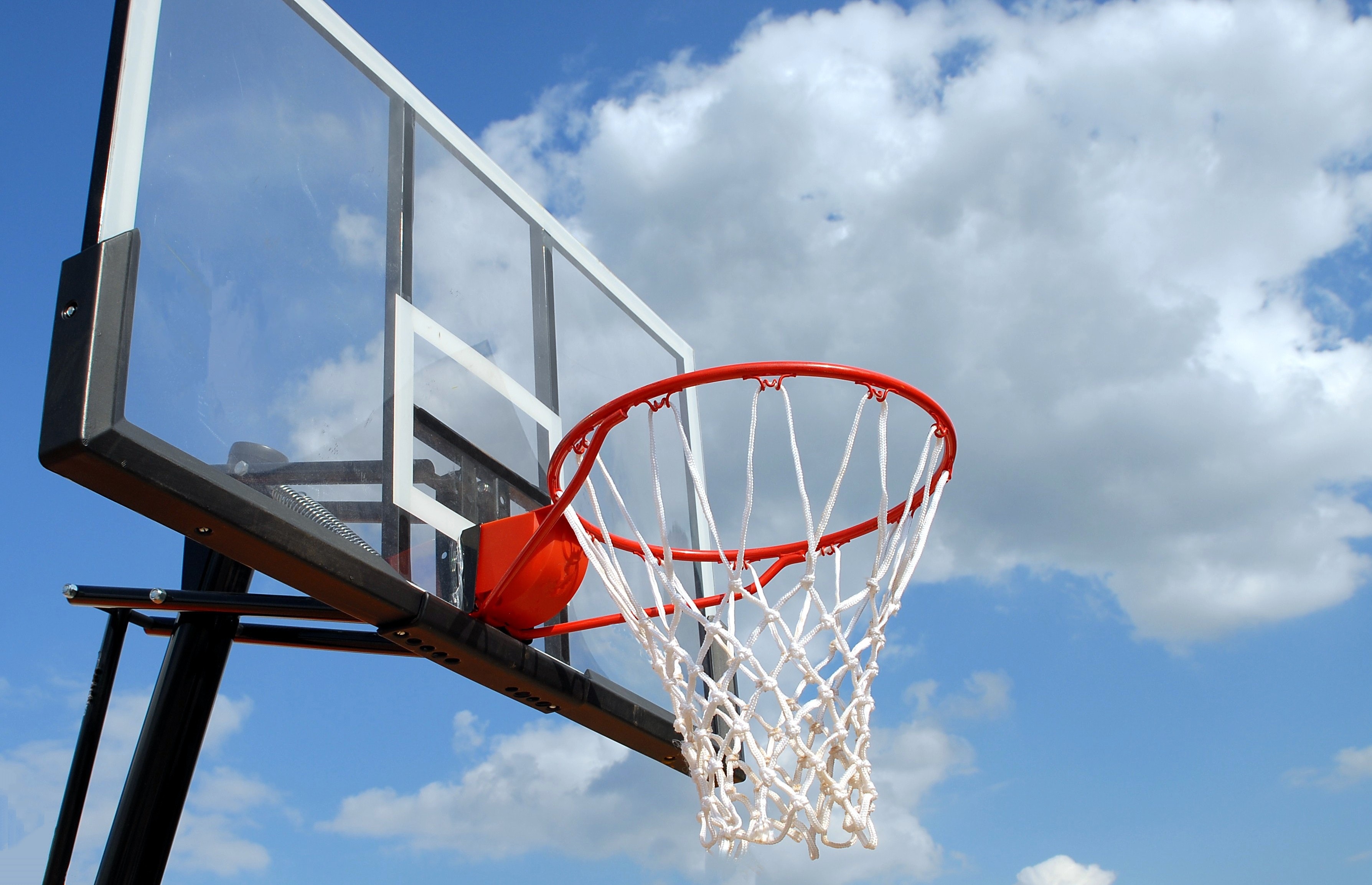 The “G.O.A.T.” That’s a cultural acronym meaning: “The Greatest of All Time.” The arguments for or against a current player or an icon from sports history as to “who’s the greatest” can go on for hours.

Who is the GOAT of tennis? Steffi Graf or Serena Williams? Who’s the GOAT of golf? Jack Nicklaus or Tiger Woods? The GOAT of NFL quarterbacks? Joe Montana or Tom Brady? The GOAT of boxing? Rocky Marciano or Joe Louis?

I have two teenage sons. These discussions are never-ending.

I have discovered that when such “GOAT discussions” arise, who is in the room has a lot to do with who gets crowned “The Greatest of All Time.” If you’re in a barbershop with a bunch of middle-aged men who are completely dependent upon the highlight reels of their fading memories, the greatest basketball player of all times is probably Michael Jordan. But if the discussion is being held between my teenage sons and their contemporaries, their pick will more than likely be LeBron “King” James.

It is nearly impossible to say with any degree of certainty who really is the greatest player of all time because the greatness of any player is relative to the skill level of those with whom and/or against whom they played.

Some would argue that it is well-nigh impossible to accurately compare players of any sport in the past with those in the present because the level and standard of play has now reached unparalleled heights. Simply said, the competition is stiffer than it’s ever been. The “carrot” of multimillion-dollar contracts dangled before children and their parents has infused professional sports with a motivator that was not present to the degree it is today. Back when I was coming along people simply played for “the love of the game.” Now some see a professional sports career as a way to break out of poverty and to change their family tree.[1]

What is clear in Revelation 5, though, is that there is no dispute in the Throne Room regarding Who alone is the Greatest of All Time.

When we look at those present in the Throne Room there is complete agreement between angels, the four living creatures, and the twenty-four elders — between heavenly beings and resurrected saints — the consensus is clear! This Lamb is the all-time, undefeated, undisputed Champion of all.

Humanity had a dilemma brought about by the mistrust of the Creator by the first Adam, which led to death.[2] Only the Lamb was able to solve the dilemma.[3]

The biblical record highlights certain figures who seem to have enjoyed an uncommonly intimate relationship with God. The Scriptures give them special commendation of being “righteous.” Let’s look at a few. This list is certainly not exhaustive. We think of Enoch who walked with God and was not, for God took him.[4] Elijah, who upon passing his cloak and mantle onto his mentee Elisha, was privileged to be taken up in a chariot of fire.[5] There is Moses, who despite some major missteps, had a heart like unto the Lord’s for the chosen people and was granted the privilege of an early resurrection.[6]

In Ezekiel 14 we read of a few more. God is passing judgment upon His people because of their persistent unfaithfulness (Ezekiel 14:13). God names Noah, Daniel, and Job as examples of righteous persons and says that if he promises to send famine, bring a sword to cut off man and beast, to send pestilence, these men would be saved. But they would deliver only themselves by their righteousness. (vv. 14, 16,18, 20).

If we search the Scriptures for “worthy” persons, the pickings are pretty slim! It’s a small fraternity. And let us hastily acknowledge that with their “righteousness" even they still needed a Savior!

But, for the moment, let us simply acknowledge that there are a precious few persons in the Scriptures who are identified as “righteous.” There aren’t many! And Ezekiel 14 says that Noah, Daniel, and Job would (hypothetically) only deliver themselves by their righteousness.

Here is where the Lamb of Revelation 5 breaks away from even this very small crowd of “righteous” persons. Among all gathered in the Throne Room scene of Revelation 5 there is no dispute: He alone is worthy to open the scroll and look at it. He steps in as the Second Adam and singlehandedly averts the crisis brought on by one man’s disobedience. Noah, Daniel and Job in Ezekiel 14 would have been able to save themselves. But the Lamb is able to save all who believe in Him!

Ranko Stefanovic writes in Revelation of Jesus Christ: Commentary of the Book of Revelation:

In Revelation 4 and 5, the term “worthy” designates a unique qualification for a special position and task which nobody possesses but God. In 4:11, God sitting on the throne is worthy of all honor and glory. In chapter 5, by virtue of his victorious death (v. 5) through which He was able to redeem humanity, the Lamb is pronounced worthy to take the scroll (5:9); he is then worthy to receive all honor and glory of kingship (5:12). Finally, both “the One sitting on the throne” and the Lamb receive honor and worship from all the heavenly and earthly beings (5:13–14).

The second thing that distinguishes the Lamb from those that we are quick to label the “Greatest of All Time,” whether in sports, in politics, in war, or in any discipline, is that we define “greatness” as them being stronger and able to crush their opponents. They crush them, whether by exceptional skill, quickness, might, cunning, craftiness, or stratagem. But the Lamb of Revelation 5 is victorious by the sacrifice. The Seventh-day Adventist Bible Commentary says, “It is the vicarious sacrifice of His sinless life, symbolized by that of a spotless lamb, rather than any demonstration of force, that has gained for Him the victory in the great controversy with evil.”[7]

When John is told not to weep, he heard the elder tell him that the Lion of the tribe of Judah has prevailed (5:5). But when we actually look with John, we see a Lamb standing as though it had been slain (5:6).

the Lion shows what Christ did (he “has overcome”), the Lamb shows how he did it … Christ is “worthy” to take the sealed scroll and open it by virtue of His victorious death on the cross through which He was able to redeem humanity and win a triumph over death. It was the cross that made Christ unique and worthy of this honor.[8]

And if what He accomplished at the cross wasn’t enough to crown Him the Greatest, it gets even better. Christ’s sacrifice has continuing significance. The form of the verb translated “had been slain” implies that the act of slaughter had taken place in the past, and that its results remained. Thus, though Christ’s death is historically in the past, its results for mankind are ever fresh and availing.

He has overcome, but not by way of the methods of conquering human heroes. No, this victory was won on a cross. And the blood shed then still has every bit of its miraculous, transforming power down to this day.

What is the point of all this? I dare not suggest that I can begin to tell you, for the implications are too many to enumerate. But certainly, as we observe His victory gained by sacrifice, we are moved to imitate Him when we face life’s challenges, both as individuals and as a church.
“Jesus answered, ‘My kingdom is not of this world: if my kingdom were of this world, then would my servants fight, that I should not be delivered to the Jews: but now is my kingdom not from hence.’”[9]

As followers of Christ Jesus our Lord, we come into conflict. We face opposition. The journey with Christ often means meandering our way through many a hard trial in a culture fraught with evil. Even in developed nations justice is getting harder to find. The temptation is to tear a page out of the books of those the world deems “great” and “mighty.” But let us look in the direction of the Lion and we shall see a Lamb. See His hands! See His feet! And may we be constrained to follow the Lamb whithersoever He goeth.

The worthy Lamb of God calls me to lead and live, not by coercion or subjugation, neither by crushing our enemies by the use of shame or manipulation. Rather, our call is to find our victory in Him who conquered by sacrifice.

[1] “Change your family tree” is a phrase often used by Christian financial counselor Dave Ramsey. It is a reference to leaving a financial legacy to future family generations. www.daveramsey.com

[3] Jesus is the Lamb. John 1:29: “The next day John saw Jesus coming toward him, and said, “Behold! The Lamb of God who takes away the sin of the world!”

Keith Goodman is the pastor of the World Harvest Outreach Seventh-day Adventist Church in Houston, Texas.