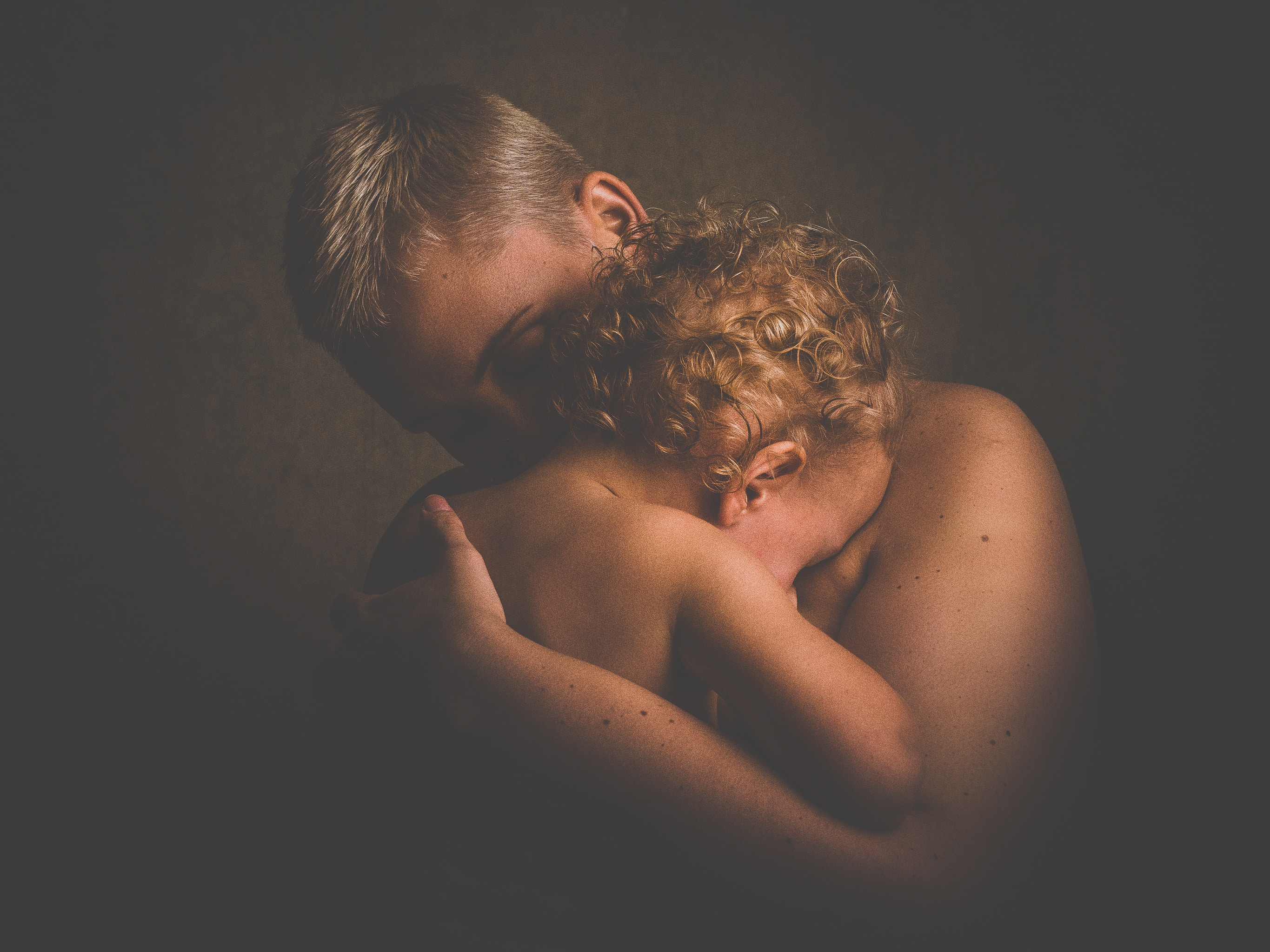 In ancient Jewish circles, the books Ezra and Nehemiah were viewed as a single portion of the Hebrew Bible, and for good reason. Both men were contemporaries who came back to Jerusalem to help restore this center of the Israelite community, not only physically (Nehemiah), but also spiritually (Ezra) and, to the extent possible, politically (Ezra and Nehemiah). One of the themes that to permeates the texts of Ezra-Nehemiah was discipline in a community of faith. Early in Ezra, the Samaritans, who were part-Israelite and still claimed to worship Yahweh, came to Joshua the high priest and Zerubbabel, the governor under Persian authority, offering to help them build the temple. Because of the fact that they were not pure Jews, this pair who parallel Ezra and Nehemiah in role and function, denied them their request. This led to opposition by the Samaritans that culminated in almost complete separation with animosity in the time of Jesus. Two other matters of discipline exist in Ezra-Nehemiah: the case of the mixed marriages and the breaking of the Sabbath. Due to lack of space, we will deal only with the mixed marriages.

The Case of the Mixed Marriages

Both the books of Ezra and Nehemiah contain separate versions of the same case: many Jewish men had married foreign wives. In Nehemiah, the case begins in Chapter 13, when they read from the book of Moses that, “No Ammonite or Moabite shall be admitted to the assembly of the Lord. Even to the tenth generation, none of their descendants shall be admitted to the assembly of the Lord, because they did not meet you with food and water on your journey out of Egypt, and because they hired against you Balaam son of Beor, from Pethor of Mesopotamia, to curse you. . . . You shall never promote their welfare or their prosperity as long as you live” (Deuteronomy 23:3-6, NRSV). In response to this reading of the law, the people separate from Israel  “all those of foreign descent” (Nehemiah 13:3, NRSV). Doing this goes against all of the laws that deal with aliens who had lived in Israel (e.g., Lev. 19:33, 34). It overlooks the story of Ruth, from Moab, who becomes the biological great-grandmother of King David. Apparently, it is after this decision to separate foreigners (see Nehemiah 13:23, 24) that Ezra and Nehemiah encounter the fact that many of the Israelite men had married foreign women and thus had “mixed marriages.” No priestly nor prophetic voice initiate this case; rather the officials approach Ezra with it. To them, “the holy seed” has “mixed itself” with “the people of the land” with officials and other leaders leading the way. Unlike Ezra, Nehemiah states that he has seen the problem of the mixed marriages firsthand.

The Responses of Ezra and Nehemiah

The responses of these two men—Ezra, the priest and scribe; Nehemiah the governor under Persian authority—differ vastly from each other. When the officials convey this situation to Ezra, he tears his clothing, pulls out hair from his head and beard, sits in horror, and fasts.

When Nehemiah discovers the same problem, he contends with the men who had married these women, curses them, beats some of them and pulls out their hair. He then makes them take an oath not to give their daughters to foreign sons or their sons to foreign daughters.

In addition to his infliction of violence to his own clothing and body, and refusal to inflict that same violence on others, Ezra prays, praising God for His goodness despite their current situation in relationship to Persia, and points out that the people are transgressing the law of herem in Deuteronomy 7:1-6, This law expressly forbids giving one’s children to marry the various people that Israel will devote to God for destruction (the essential meaning of herem). While neither Ezra or Nehemiah will use this law literally to kill the offenders who have married foreign women, this law does undergird this case for Ezra. Interestingly, Nehemiah also uses a passage from Scripture to defend his actions in forcing the people to swear an oath: Solomon, who married many foreign women, and these in turn led him into idolatry.

As Ezra weeps, prays, and makes confession, a very large group of people come from Israel and weep bitterly. This assembly consists of men, women, and children. It isn’t clear from the text why they wept. Was it in sorrow for their sins? Was it in fear of what might happen to them if the herem law were followed to the letter?

Yet fear seems to have been the driving force for both Ezra and Nehemiah. In Ezra 9:10-15, Ezra seems certain that if they do not deal with this situation in a way appropriate to the laws of God, He will punish them once again with exile or perhaps destroy them, leaving no one alive. In the situation of Sabbath-keeping, Nehemiah remonstrates with the offenders by recalling that the exile in Babylonia occurred due to breaking the Sabbath. Thus, fear of Yahweh’s displeasure undergirds what Ezra and Nehemiah do.

Both Ezra and Nehemiah seem to feel that they need to do something. Nehemiah does not hesitate to act and does so violently and forcibly. Ezra weeps and prays, inflicting violence on himself, but ends up deciding to go with the advice of one of the people who assemble, Shecaniah the son of Jehiel, a lay person (The Anchor Bible Dictionary 5:1174) who seems certain that the only way out of breaking faith with God is to send away all the foreign wives and their children. He tells Ezra: “Take action, for it is your duty, and we are with you, be strong and do it” (10:4, NRSV). Ezra complies and makes “the leading priests, the Levites, and all Israel swear that they would do as had been said. So they swore” (v. 5, NRSV).

In essence, a lay person orders the priest Ezra to force all the priests, Levites, and all Israel to make a covenant with God by swearing to divorce all foreign wives among them. While Ezra has been praying, making confession and presenting the case before God, he allows himself to be interrupted in his praying by the Israelites who gather in “very great assembly” (10:1), and then listens to a lay person who commands him to act. Apparently, Ezra believes that God has answered his prayer through this lay person and that his word represents the word of God.

The next day, “they” called by proclamation for all the returned exiles to assemble at Jerusalem in three days. They do, but in heavy rainfall, making it difficult to carry out the business of “separation” (Ezra’s preferred word) or sending the wives and children away (Shecaniah), the Hebrew terms for divorce. So, Ezra selects heads of families to deal with the matter and, after a few months, they have their list of over a hundred men who had to send away their foreign wives and children. This concludes the book of Ezra.

The absence of several procedures stand out in my reading of this story. 1) Unlike Moses who took difficult cases to God for resolution and awaited God’s direct response, Ezra prays but does not wait. As a scribe and former resident of Babylonia, Ezra knew legal matters well. But as priest he presents his case to God, and accepts Shecaniah’s order to him as the divine will. He does not consult the Urim and Thumin at any time throughout the process. 2) No one takes into consideration the potential hardship this action multiplied over a hundred times will have upon the women and their children. Naturally, some of the women are elderly and their grown sons (if they had sons) could take care of them wherever they went. Many of the women (if they weren’t bought as slaves) possessed an inheritance from their parents that would provide them with means for a time. Nevertheless, for younger wives with small children, their divorce would put them at high risk for severe poverty, ill health, and perhaps even death. They could travel all the way home to their parents or siblings, but their fate was uncertain even then. 3) In their fear, these strong-minded men did not consider the spiritual fallout to those they sent away. No one thought to ask if any of these foreign wives were worshiping Yahweh, the God of Israel. No one considered, true to the history of Israel, despite the stories of Rahab, Ruth, and Jonah, that Yahweh, the one true God valued these women and their children and longed to invite their trust in Him. Now that they were sent away into their uncertain and gloomy existence, what hope did Yahweh have of gaining their trust?

Though the exact dates of his ministry remain unknown, many believe that the prophet Malachi lived in the post-exilic period, possibly during the time of Ezra and Nehemiah. Interestingly, this prophet addresses the problem of marrying the foreign wives head-on:

“Have we not all one father? Has not one God created us? Why then are we faithless to one another, profaning the covenant of our ancestors? Judah has been faithless, and abomination has been committed in Israel and in Jerusalem, for Judah has profaned the sanctuary of the Lord, which he loves, and has married the daughter of a foreign god. May the Lord cut off from the tents of Jacob anyone who does this—any to witness or answer, or to bring an offering to the Lord of hosts” (2:10-12 NRSV).

And this you do as well: You cover the Lord’s altar with tears, with weeping and groaning because he no longer regards the offering or accepts it with favor at your hand. You ask, “Why does he not?” Because the Lord was a witness between you and the wife of your youth to whom you have been faithless, though she is your companion and your wife by covenant. Did not one God make her? Both flesh and spirit are his. And what does the one God desire? Godly offspring. So look to yourselves and do not let anyone be faithless to the wife of his youth. For I hate divorce, says the Lord, the God of Israel, and covering one’s garment with violence, says the Lord of hosts. So take heed to yourselves and do not be faithless (Malachi 2:13-16, NRSV).[1]

Several things stand out in this last passage that directly pertain to the case of the divorced foreign women: 1) Just as in Ezra, the people are crying. 2) In both there is widespread divorce. 3) Malachi seems to address the concern of mixed marriages by reminding his listeners that the God who created them also created their wives. And he owns both flesh and spirit. Putting this in any other context would not make as much sense. 4) The “holy seed” of Ezra parallels the “holy seed of God” (translated “godly offspring) in Malachi. 5) In Malachi’s words, God comes down hard on both divorce and violence. To Malachi, two wrongs do not make a right. Making a covenant with Yahweh to break the marriage covenant is an offense to Yahweh.

Thus, the chief principle in the case of the divorced wives in Ezra is trust and faithfulness. It opens the door to regard the “women of a foreign god” as valuable to Israel’s God. Now that the marriage has been done, Yahweh wants to win them to trust in Him, not violently cast them out to undo one’s own sin. Malachi’s treatment of the divorced wives bears timely witness regarding how a community of faith should do discipline.

[1] Italics supplied in both quotations.