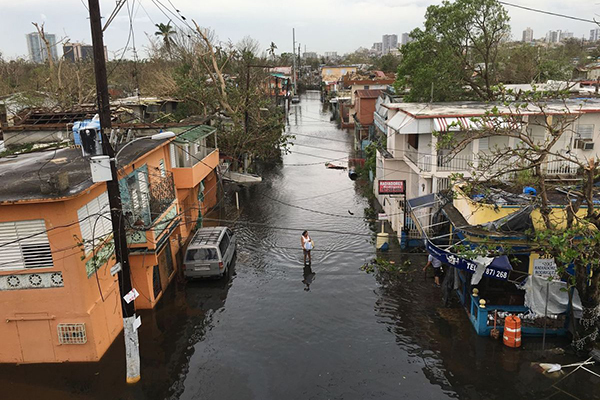 Almost two weeks after Hurricane Maria reached the U.S. Territory of Puerto Rico, millions of citizens are still without access to electricity, running water, gasoline, cash, and food. Current estimates are that 95% of the 3.4 million Americans on the island do not have electricity, and only 10.7% of the cell phone towers are working.

Plans for a trip to Puerto Rico had already been in the works for architecture students, but after Hurricanes Irma and Maria, the project took on a new level of importance. Andrew von Maur, professor of the Urban Design Studio class, began plans for a service trip over the summer, in collaboration with Proyecto ENLACE del Caño Martín Peña.

The Andrews Agenda reports that “the purpose of the project is to assist with the design of new housing and public spaces in a flood-prone, impoverished informal settlement in central San Juan. The studio has been working on preliminary studies since late August, and planned to visit the site and engage the community in a participatory design process beginning on Sept. 26, 2017. But then hurricane Irma hit, followed by hurricane Maria.” 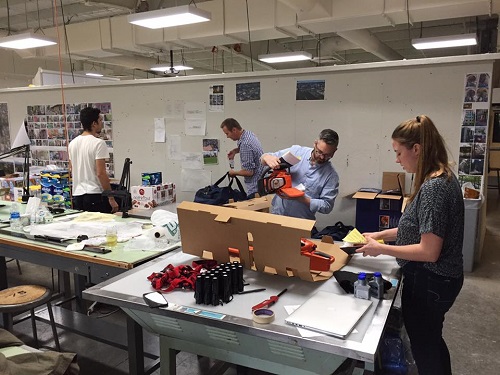 Because of the devastation caused by the hurricanes, the scope of the project has increased. Though the students still hope to show their original design ideas to the residents of Caño Martín Peña, they will also be flying in “armed with saws, cleaning supplies, baby formula, solar lamps and thousands of dollars of relief materials that they’ve purchased,” reports the South Bend Tribune. “They are ready for their first priority: dirty work.” United Airlines waived the extra baggage fees for the equipment and supplies.

Two of the students are from Puerto Rico and one, Victor Perez Andino, has family currently on the island. He was finally able to get in touch with his mother a couple of days ago, but has still not heard from other family members since Hurricane Maria hit, including his father. 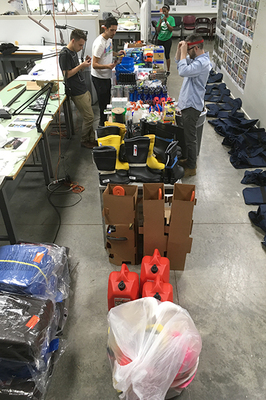 Coordinating plans for the expanded relief efforts has been tough, with communication to the island almost non-existent. The team will be playing much of the five day trip by ear, making and updating plans when they’re on the ground. Several in the group recently became certified in first aid and CPR in preparation for the trip.

Professor von Maur shared that none of the students have been to an area destroyed by a natural disaster before. “It’s going to be challenging, I don’t think anyone is under any illusions that this is going to be an easy trip,” he said.

"Hopefully a trip like ours, even though it'll only make a tiny dent into the problem that's down there, hopefully it'll inspire others to act," von Maur told CBS affiliate WSBT.

WSBT reported that “originally the trip to Puerto Rico was mandatory as part of completing the project for the class. After the hurricanes, the school made it completely voluntary due to the risks. All 16 students decided they are still going anyway.”

When asked for comment, Carey Carscallen, Dean of the School of Architecture & Interior Design gave the following statement:

As soon as the hurricanes took aim at Puerto Rico we began wondering what would happen to our Urban Design Studio field trip. When the second one hit so close to our departure date, it became quite evident that the date of the trip would have to change. Professor Andrew von Maur spent hours on the phone rescheduling flights, lodging, and ground transportation in Puerto Rico. God blessed his efforts, and our students were able to leave today, realizing that this will not be an ordinary urban design field trip. This will be one with many unknowns, but also having the potential to provide a service to the community as never before. They will be able to give immediate aid to the neighborhood where they will be working, and the results of their designs can have a long-lasting effect in improving the livability and safety of the area.

I am grateful that we have such dedicated faculty; faculty that step up to the challenge when things get tough and find a way to make a difference. I am also thankful for dedicated students who are not afraid to give of themselves in a time of extreme need. The Urban Design field trip is a required part of the course, but given the circumstances and risks on the ground in Puerto Rico, students were given the option to not go on this trip. None of them decided to stay; they all agreed to go. I believe they will come back changed because of this trip. 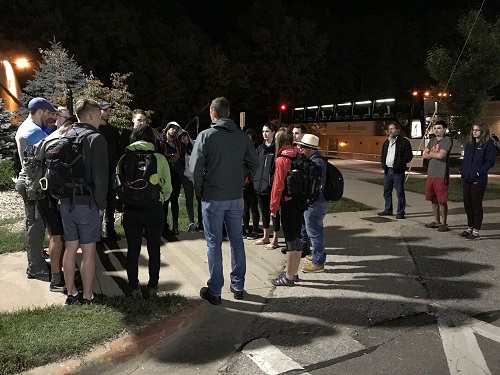 Students gather for prayer early Sunday morning at Andrews University before boarding the bus to the airport.

Communication between Andrews and the architecture team in Puerto Rico will be limited, but the School of Architecture & Interior Design’s Facebook page will be updated with news as it’s available.