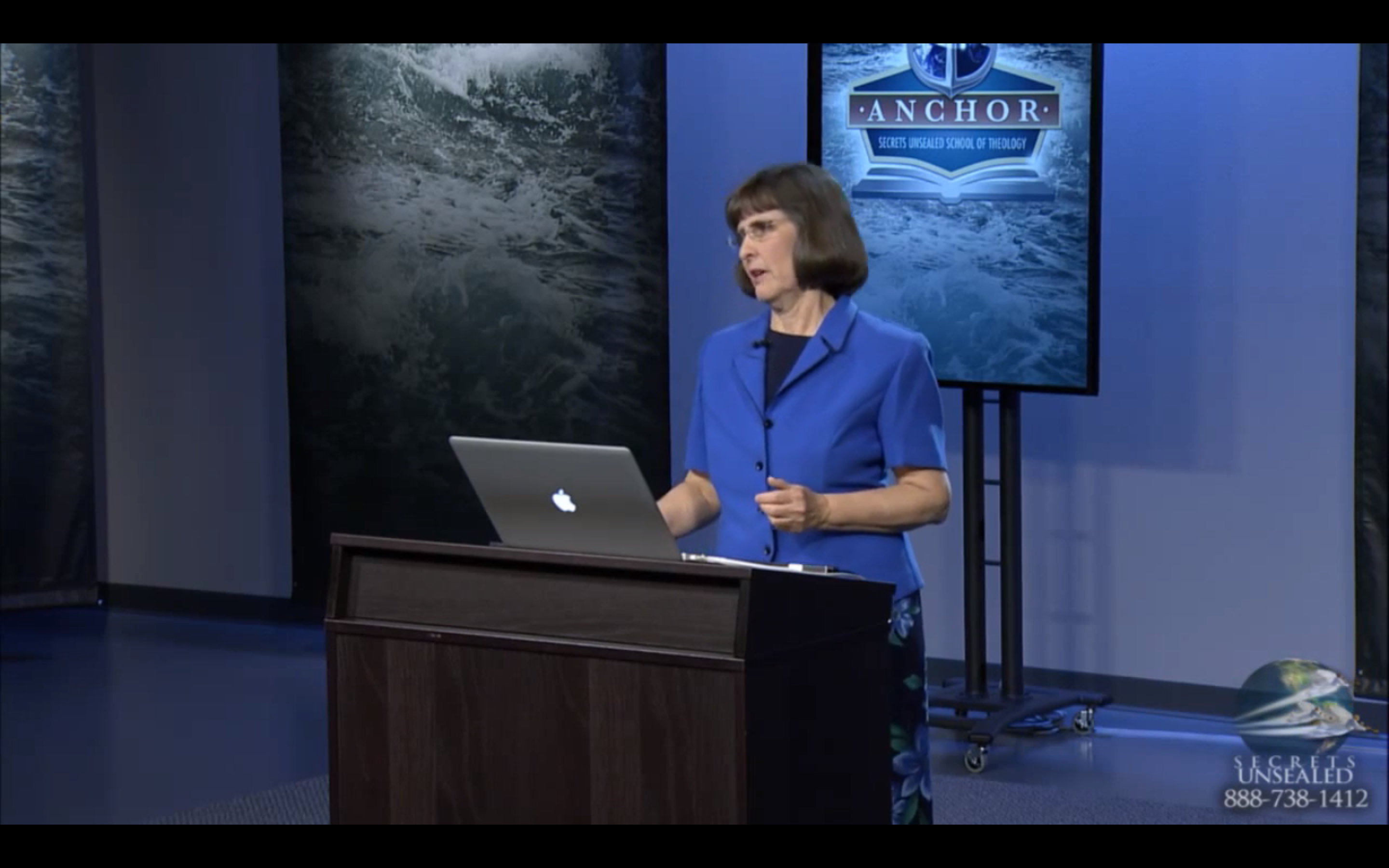 Laurel Damsteegt took the "Women's Ordination: History, Issues and Implications" symposium into unusual territory Thursday morning, making the case that Spiritualism (communication with evil spirits) is the root cause of feminism and the Women's Rights movement. Speaking from the "Secrets Unsealed" studio in Fresno, California on day two of the symposium sponsored by male headship proponents, Damsteegt said that gender issues are a direct outgrowth of "Type Two Spiritualism."

Speaking before a live audience and online viewers, Damsteegt proposed ways in which Satan communicates directly with people: seances, knockings and levitations, which Deuteronomy labels "abomination."  A second type of Satanic influence, she said, has to do with Satan's lie in Genesis, "Ye shall be as gods." The Tree of the Knowledge of Good and Evil provided an opportunity for Eve to submit her judgment to God's, but instead, the archetypal woman overrode God's judgment. She became as God. "That is what I call 'Type Two Spiritualism,'" Damsteegt said. Just as Eve was forbidden from eating the fruit of only one tree in the garden, Damsteegt argued, so women are allowed to fill any role in the church except the role of elder or pastor.

Like several of the fifteen presenters at this Male Headship symposium, Laurel Damsteegt was a member of the General Conference Theology of Ordination Study Committee tasked with studying women's ordination.

Weaving together stories of purported spiritualists and figures in the Women's Suffrage movement, Damsteegt set out to show that feminism, and by extension, the move to ordain women today, has satanic origins. Women's Rights advocates, by seeking to fill men's societal roles and rise above their God-given stations in life, fell into "Type Two Spiritualism," Damsteegt argued. Elizabeth Cady Stanton, as an example, wore clothing similar to men's clothing in order to be able to do all that men could do. Stanton's spiritualistic ideas have been embraced by modern feminism: open marriage, easy divorce, lesbianism, cross-dressing becoming more acceptable, Damsteegt said. 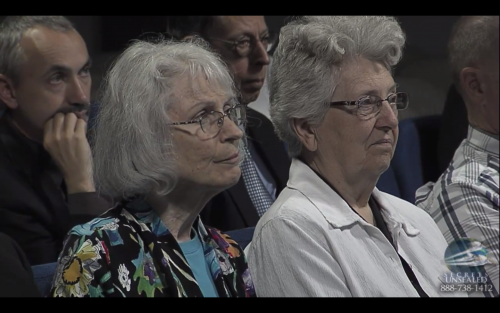 Victoria Woodhull, under the guidance of a spiritualist, became the first woman to run for president of the United States on a spiritualistic and Women's Rights platform, Damsteegt said. She concluded by noting that Scripture and Adventist principles are not compatible with feminist ideals. "Spiritualism," she said, "does not always assume the medium, rapping guise. Watch out for philosophical spiritualism."

One of the marks feminist spiritualism, according to Damsteegt, is a willingness to reinterpret Scripture based on human experiences or historical-critical or literary-critical methodologies, making the Word of God "of no effect." And for her, questions of interpretation supercede the issue of ordination. "If we think it's ordination, we've missed it. The issue is hermeneutics--how we interpret the Scripture," she said.

Damsteegt closed by confessing that she had felt drawn to ministry, and so she worked alongside her pastor husband, aiding his work, she was careful to add, in accordance with Scripture.