Postmodern Apologetics?—5: Marion and A God of Gift and Charity

Postmodern Apologetics?—5: Marion and A God of Gift and Charity 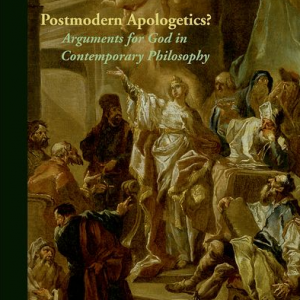 This is the fifth post of a twelve-part series for Spectrum’s 2013 Summer Reading Group. Each post will be drawn from chapters of Postmodern Apologetics? by Christina M. Gschwandtner. The reading schedule is here as are the first, second, third, and fourth posts.

Thus begins a prayer discovered on a parchment stitched into the lining of Blaise Pascal’s coat. It continues: “God of Abraham, God of Isaac, God of Jacob, not of the philosophers and the scholars. I will not forget thy word.”

Eight years before his death, the esteemed French mathematician underwent some sort of intense religious experience and penned these words. The opening lines of this prayer, I will show, help us understand Jean-luc Marion’s approach to “apologetics.”

In earlier works, Marion affirms Pascal’s distinction between the God of Abraham, Isaac, and Jacob and the god of Plato, Aristotle, and Descartes (as well as Heidegger’s distinction between the onto-theological god of philosophy and the God of faith).[i]He makes the point even more explicit—God is not to be confused in any way with beings or Being. God is “without Being.”[ii] The kind of existence God has is entirely different than everything else that exists. The failure to realize this has (and will) lead to conceptual idolatry, the confusion of our concepts and conceptions of god for God—“What one ‘sees’ in worshiping the idol is a mirror image of oneself…” (109). Therefore, the death of this god (à la Nietzsche) is something to be appreciated, and even celebrated.

Not all god-talk and thought has to be idolatrous, however. Marion looks to religious icons as an inspiration. Icons are visual depictions, but can be distinguished from idols by at least two key features. Icons invert the gaze. One looks upon the icon only to discover she is being looked upon; the subject has become the object. Secondly, icons point beyond themselves, directing our thoughts and attention to someone greater. The highest forms of religious discourse are not definitions and descriptions about God, but prayer and praise to the God that transcends both reality and human conceptions(s), but is willing to enter into human history and phenomenality.

One can conjecture what such an experience might be like. The Bible describes various humans encountering the divine. These encounters are usually terrifying and incomprehensible. A burning bush. Clouds. Thunder. Visions. “His clothes became dazzling white, whiter than anyone in the world could bleach them,” the gospel of Mark tells us, attempting to describe the transfigured Jesus (9:3). “The light shines in the darkness, but the darkness,” writes John, “has not understood it” (1:5).

Those trained in the art of suspicion might dismiss such experiences as being the projection of deep-seated human fears and desires. Those who opt for intellectual modesty will be wary of the undisciplined mysticism we were warned of last week by Kant (who argues that it is impossible to experience God in any meaningful way). According to the skeptic David Hume, philosophy should limit itself to the study of topic pertaining to “common life,” leaving sublime topics to the conjectural speculations of poets, priests, and politicians.[iii]

If Marion is right, however, one should not be so quick to dismiss these reports of revelation. According to him, since experiences of the divine are phenomenologically possible, they are philosophically relevant. As Gschwandtner clarifies, Marion is not making a theological claim nor is he claiming that such experiences have actually happened (114).  He provides, in nuanced, philosophical terminology, an account of what such an experience might be like if they did, in fact, happen.

Simply put, most continental philosophers after Kant take it as a given that experience is a synthesis of passive and active elements. In the language of the phenomenological tradition, we receive intuitions but perception is also shaped by our intentions. Take, for example, the experience of a circular object. We never intuit a perfect circle, but can perceive an imperfectly round object as being circular because we also intend it (112). The perceptual experience I have of my coffee mug (filled, of course, with hot chocolate) is a combination of the front side I intuit, but also the backside I intend.

Our intentions provide the horizon for our experience. Marion argues that some intuitions greatly exceed that horizon—“Yet even if they cannot be contained in concepts adequately or even at all, these phenomena certainly make an impact on our consciousness” (113). Such phenomena are “saturated.” Marion provides some examples of such phenomena to advance his argument. Historical events, for example, are singular happenings, but cannot be fully comprehended by any one account. (They are quantitatively excessive.) Similarly, great works of art are observed, but not fully understood. (They are qualitatively rich.) There are physical and psychic experiences, i.e. pain, suffering, grief, joy, that surpass the immediacy of any given object. (They are unmediated in relation.) Marion describes the experience of looking at someone, but also being simultaneously gazed upon by them; here intentionality is reversed and the subject experiences himself being displaced as the object. (Such an experience is inverted in mode.) This, too, is an example of saturated phenomena.

Is it possible for a given phenomena to simultaneously surpass all our intentions (quantitative, qualitative, relational, and modal)? Marion claims that an experience of the divine would. It would be a “saturation of saturation” that “blinds” and “bedazzles” through experiential excess, proximity, and inversion.

Or as Pascal simply puts it, “Fire.”

Marion’s account of saturated phenomena has led to debates about the proper scope and focus of phenomenology as a philosophical enterprise. According to critics, phenomenologists should limit themselves to giving rigorous descriptions and analysis of everyday, physical objects rather than liminal experiences. The fixation on what lies at or beyond the limit of experience constitutes a theological hijacking of proper phenomenological method. Yet, if valid, this charge, as Gschwandtner points out, would discount the analyses of numerous other thinkers—many featured her book! Marion himself has responded to this criticism by arguing that being prematurely closed off to the possibility of an “absolute limit experience” is based on the illegitimate metaphysical prejudice that there is nothing to experience beyond the empirical.

In sum, by drawing our attention to varied kinds of phenomena, Marion’s “apologetic” can be understood to be seeking to motivate an openness to new kinds of experiences, religious and otherwise. In doing so, he ultimately seeks to transform the way we conceive of ourselves. Against the ideal of the solipsistic and individualistic Cartesian subject who grasps the world with epistemic certainty, Marion claims we are first and foremost loved and known in our uncertainty. This truth, for him, has its own paradoxical logic and, once experienced and understood, further opens the phenomenological field.

Zane Yi serves as the pastor of the Canton Adventist Church and recently received his Ph.D. in Philosophy from Fordham University. This fall, he joins the faculty of Loma Linda University as an assistant professor of religion.

[ii]Jean-luc Marion, God Without Being (The University of Chicago Press, 1991).