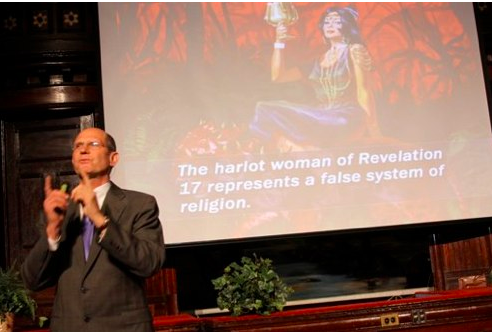 Most of the people attending Ted Wilson’s evangelistic series in New York are already Seventh-day Adventists. That is according to several persons who have requested that their identities not be revealed.

The average attendance has reportedly dropped by half from the opening weekend, and of those, many of the visitor leads have turned out difficult to track down by pastors involved.

Despite the world-changing rhetoric surrounding this effort featuring the president of the Adventist church, no non-church media has reported on it. Official church media reports prove difficult to verify and many of those involved are afraid that speaking openly could endanger their employment. But a few have spoken up.

Responding to a question about the actual impact on Church work in New York, one Adventist familiar with the evangelistic series stated:

Very, very, very small. I'm sure as the numbers come in there will be statistics and demographic info to confirm that most people attending are already Adventist. Additionally, it is painfully evident that the vast majority of those who have attended are not native New Yorkers, or for that matter indigenous US citizens.…Outside of these groups attendance is abysmal. Praise God this kind of series is working for some groups, but in no way should this be perceived as being effective for anyone who was actually born in the US (regardless of ethnicity). This is a matter of importance. I am sure in the end that this series and the entire NY13 emphasis will be deemed a success due to the number of baptisms attributed to it, but the demographic data (which I doubt anyone is actually collecting) will show that few of those baptisms are coming from people born in the US.

That awareness that this series is mostly about connecting various immigrants to ethnically-defined churches is shared by many. This style of evangelism doesn't seem to be very effective with professionals with no Adventist background. In fact, it appears that the Church has invested considerable resources into promoting this effort by Ted Wilson—primarily to Adventists.

I have been duly impressed with the funding that has benefited Manhattan Church in preparing the venue for this event. . . . One must always keep in mind, that this thrust to reach large cities like NYC, is at least a remarkable endeavor to do something to bring the attention of the church to the needs of people living in large metropolitan areas. There will be at least 600 similar outreach programs in all the outlying areas of the metropolitan area, and much of this activity is linked to the vision of Pastor Wilson.

That this all culminates in a Sabbath of baptisms broadcast live on both the Hope Channel and 3ABN shows the larger audience. Ted Wilson is almost solely winning over Seventh-day Adventists. For someone who wrote a dissertation on Ellen White’s method for evangelizing New York, the actual results appear to be less than prophesied. From the methodology to the language and even the old slide illustrations, there is little awareness of the 21st century New York context, but that won't be openly discussed in official church media. 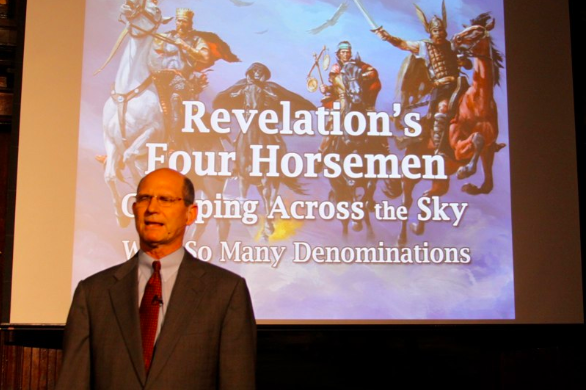 There are certainly hopeful aspects to this series. Many have reported better cooperation between the conferences involved and the sharing of General Conference resources has been appreciated. The health lectures have been reportedly very educational and well-received. Most importantly, for those baptized into an Adventist church, this was very meaningful. But since official church media will not report on both the successful and unsuccessful aspects of this, it is important to listen to all sides.

The official total number of non-Adventists who attended at least one night is 250. (Manhattan has a population of 1.6 million and the New York-area includes about 19 million persons.) Talk to those involved and they report even lower numbers. 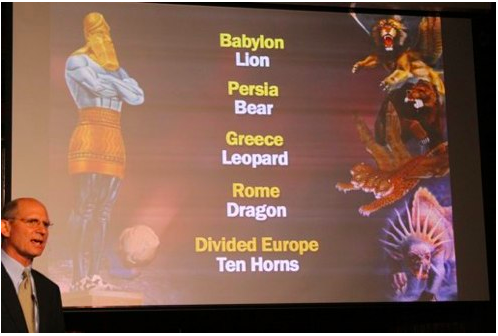 There has been no release of the money spent and only time will tell how much this NY13 evangelistic series actually has helped the church beyond Ted Wilson. Here are four church-created websites featuring Ted Wilson about this series. (The content seems to be dated or missing on some of the pages.)

Of course, on Sabbath, with Ted Wilson preaching on TV there will be hundreds of baptisms and rebaptisms, many of them connected to other NY13 efforts throughout the region. It's not clear that much has been done to mitigate the trend that at least a third of those baptized will leave the church soon, a stat that Mark Finley has cited as concerning.

In a General Conference video recorded before this endeavor, Ted Wilson outlined what he calls the Biblical model for comprehensive urban evangelism. He states it is "not flying in, holding a public meeting, then slip out the back door." But that appears to be exactly what is happening in New York.