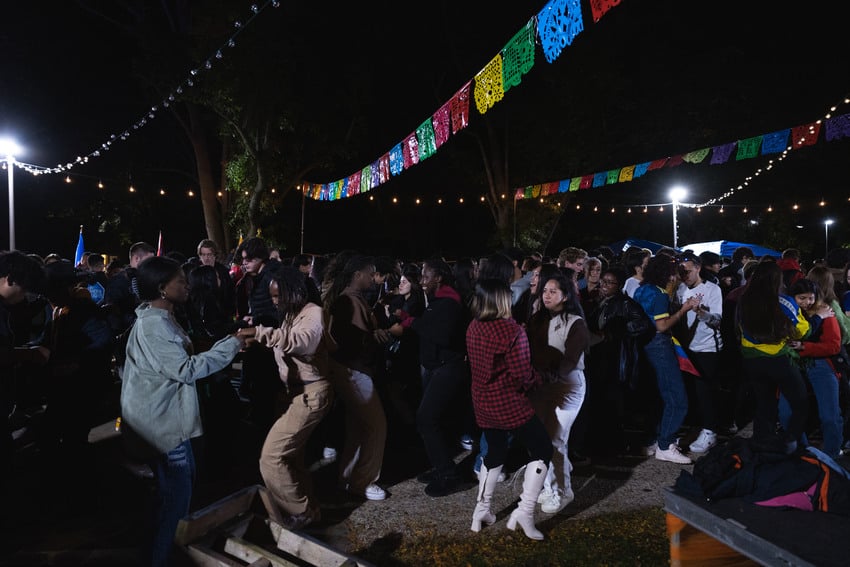 Editor’s note: The following editorial originally appeared in the Student Movement, the official student newspaper of Andrews University, and is reproduced here with permission as part of an ongoing series featuring voices from Adventist colleges and universities.

These clubs regularly hold a variety of immersive cultural events that showcase and educate students about popular ethnic food, games, music, and dance. Just last year, for instance, we held our first AUnited Weekend, a large collaborative event that included Infusion Vespers and the AUnited Fashion Show. I remember just how electric Johnson Gym felt as the fashion show progressed, students cheering each other on and supporting the various cultures represented at the event. In this moment, our school indeed felt very united—but unfortunately, this is not always the case.

Though many of the friend groups at Andrews are pretty mixed, a simple observation of our campus reveals that cliques still exist, separated by cultural and ethnic differences. Of course, part of this is natural: we will always be attracted to familiar things—and these things include our own cultural groups. Some argue that this sort of separation is necessary as a form of heritage retention. The argument is that this sort of separation is not harmful—in fact, it promotes good cultural retention and development. But isn’t it still possible to still “retain one’s culture” amidst the mosaic of others?

In addition to speaking with various peers from different ethnic groups, I dialogued with the presidents of four prominent cultural clubs at Andrews, as well as the president of our student body, to gain more insight into the situation. After having these conversations, the common agreement could be summed up like this: We need to strive to be inclusive of any and all people, and we are at our best when we come together as a university community, regardless of race, ethnicity, or culture.

And though there has been a push to create more togetherness, it seems there are two main streams of thought that continue to perpetuate this division on our campus: 1) the fear of being “othered” and 2) the pressure of representation.

Even though campus organizations are open to all, students sometimes feel that they cannot join certain clubs because they are not of the ethnicity or race that the club represents; they will stand out as the only “other” person there. There’s a worry that you’re not wanted in another culture’s space, that you will be seen as an outsider. One student shared an experience where they wanted their friends to join a certain club, only to be met with responses of: “Well I’m not [part of this culture], so why would I join [this club]?”

Sometimes, this worry stems from external factors: some clubs are still fairly closed off, advertising mostly to individuals of their own culture. Other times, I think this worry can stem from within ourselves. We decide what we can and cannot do, based on who we think we’re allowed to approach or befriend. As one club president put it, “The stigma [around the exclusivity of cultural clubs] limits people’s mindsets and creates unnecessary division.”

Another student told me about their experience with this pressure when they joined campus sports a few years ago. They had been playing for “Team 1” over the past few seasons, and at one point, “Team 2” asked them to join their playing group. “Team 2” consisted of players of the same cultural background as the student.

“I told them I already had a team. We played a practice match with [Team 2], and throughout the game, they were very annoyed with me. I tried to show sportsmanship but they wouldn’t take it. They told me that I should want to support my own culture and roots, and I shouldn’t be playing for [Team 1].”

This story highlights the second issue: sometimes, it’s not that people necessarily always want to stick with their own cultural groups, it’s also that they are expected to do so. If a person doesn’t choose to join their own culture’s club, it is often assumed that they have “betrayed” their culture, that they are not proud of their heritage. Cultural and racial representation is a beautiful concept in and of itself. But when does representation become something more exclusive—when does it become something that separates rather than unites?

I recently had a conversation with a friend from Nigeria who stated that, because she was fluent in a language of another ethnic background (other than English), many people would joke that she basically belonged to that ethnicity. But this frustrated her: rather than being referred to as that ethnicity, she preferred to be seen simply as a Nigerian who spoke another language fluently. She explained that she was still very proud of her roots. Venturing into another culture did not mean that she was trying to erase or hide her own.

Many find themselves caught in the middle: we often have the desire to reach out to other cultures, but we feel like we’re not allowed to because we won’t belong; or we feel expected to take pride in our heritage without branching out. In reality, however, there are so many components that make up one’s culture. Sticking to only one thing not only takes away from multiracial and multicultural identities, but it also removes the nuance that comes with diversity.

In the past few years, there has definitely been an effort to bring our campus together. Michael Nixon, as VP of Culture and Inclusion, has been very proactive in promoting racial and cultural diversity. Club leaders are pushing for more inter-club inclusion and collaboration. More and more often, cultural clubs are partnering with each other to create lively fusion events. In these moments, we come together and enjoy each other’s company.

It is easy to fall into groups and cliques, easy to forget that there is a world of people out there to get to know. So we have to make an active, intentional decision to expand our viewpoints. We need to step outside of our bubbles and make a conscious effort to meet new people. We can attend a cultural event, try a new church, join a new organization. In doing so, we can start undoing the negative stigma that sometimes surrounds cultural clubs. People are usually more open than we think they are. So let’s give each other a chance, shall we—and work towards being not only the most diverse campus, but also the most united one.

Alannah Tjhatra is editor-in-chief of the Student Movement.