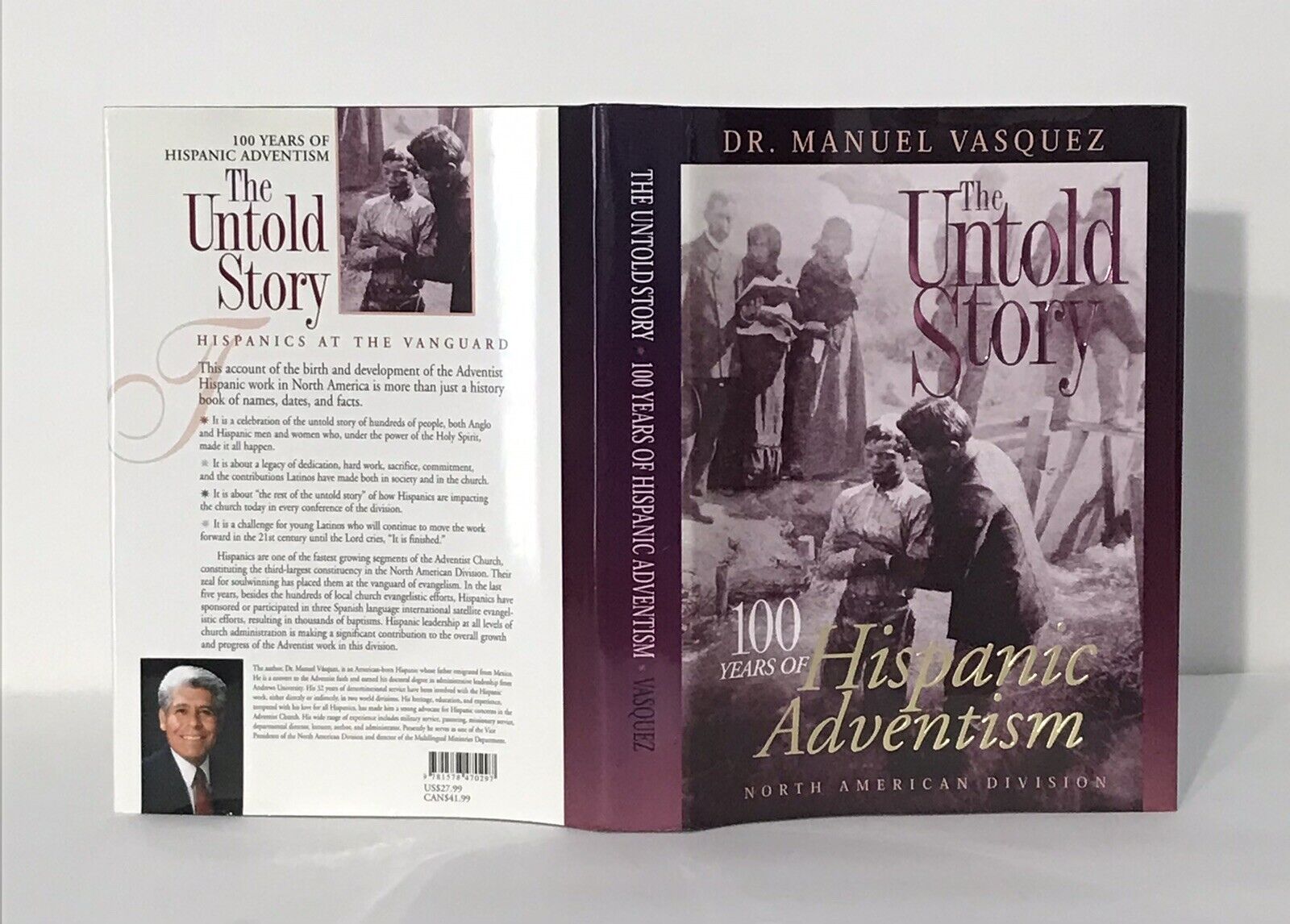 1) Each year from September 15 to October 15, Americans observe National Hispanic Heritage Month. This is the month we take time to recognize the achievements and contributions of Hispanic American champions who have inspired others to achieve success. This video, from the Pacific Union which has about 50,000 Hispanic members out of 200,000, notes some recent good and sad news among Hispanic leaders on the West coast.

2) Last week while researching Hispanic Adventists, I happened upon this free online historical resource: The Untold Story: 100 Years of Hispanic Adventism, published by the North American Division in 2000. I reached out to one of the editors, Stephen Chavez, and he kindly sent over this reflection on the book.

When it comes to Hispanic Heritage Month, Adventists owe a lot to Manuel Vasquez. When I joined the staff of Adventist Review in 1994, Vasquez was one of those responsible. We had both been members of the Pacific Union Conference Executive Committee, and I wrote columns that occasionally appeared in the Pacific Union Recorder. When an opening for assistant editor came up at the Review, Vasquez pushed my name to William Johnsson, then editor.

Vasquez, then vice president of Multilingual Ministries at the North American Division, made sure I was invited to meetings of the division’s Hispanic Ministries Council, and always introduced me as “the first Hispanic assistant editor of Adventist Review.”

With a keen sense of history and heritage, Vasquez had been working on a history of the Adventist work among Hispanics in North America. When I joined the Review, he invited me to be part of his editorial team. Vasquez did the heavy lifting on the manuscript that eventually became The Untold Story: 100 Years of Hispanic Adventism. I copyedited a few of the chapters, and was present when the book was released to the public. The Untold Story is the first comprehensive historical record of Spanish-speaking Adventists in North America, which is today one of the most dynamic and significant segments of the church. Read it online for free right here.

3) This morning's Annual Council devotional was by Kenia Reyes, Senior Editorial Assistant, General Conference Youth Ministries. Instead of the often impersonal fare, Kenia shared the true story of Loida, a young Adventist woman in Central America who came to the U.S. as an undocumented immigrant. Stick around for the ending.