The Dangerous Sound of Silence 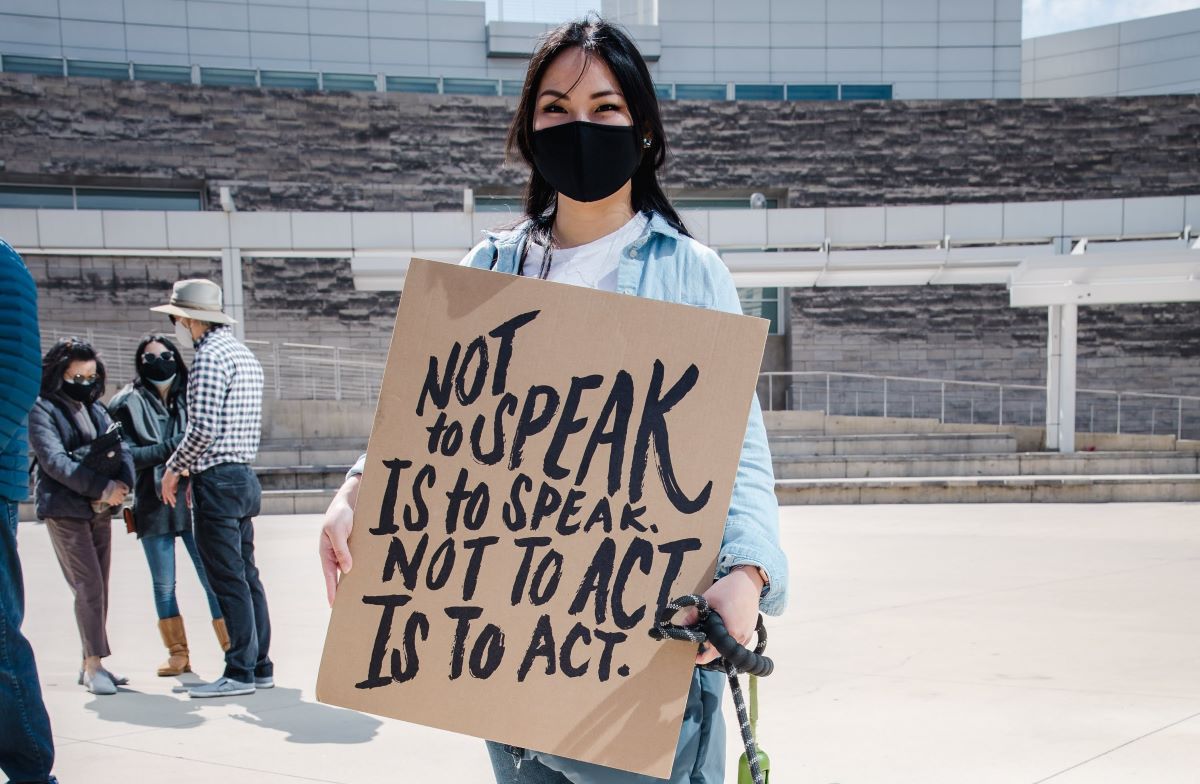 The Darien Gap is a region within Central America between the North and South American continents. It is a major crossing for those making the long, tortuous journey from South and Central America to the U.S./Mexican Border. A notoriously dangerous area, refugees there pass many dead bodies, some with faces they may have recognized. Yet they continue to make the trek, knowing that theirs could soon become one of those bodies. In silence, men and women, many with children, determine that they must make the trip. It is as if their silence mitigates the danger. It is the danger of the gap—the dangerous sound of silence.

Similarly, there is a dangerous silence gap between the widespread disinformation and information, between increasing inhumanity and civility, between conspiracy theories and reality, between truth and outright lies. This silence may well prove to be an even more dangerous gap. The silence gap has become even more dangerous as the richest man in the world is on the verge of becoming the owner of the most widely used media platform in the world. We are vulnerable not only to the information we receive, but to how we are programmed to process it. It is the power not only to control but to contrive, instill fear, divide and conquer. The chaos and confusion experienced during the last few years has given us a clear premonition of imminent danger.

The silence gap has created new challenges for Christians, with extraordinary opportunities for witnessing. But are Christians ready for the challenge? In his letter from the Birmingham Jail, Martin Luther King Jr. laments the danger not of racist Christians, but of those Christians who are “more cautious than courageous,” those who “remained silent behind the anesthetizing security of stained-glass windows.” It is here that one may want to differentiate between the word “Christians” that has become a political and even divisive brand and true “Christ Followers” who acknowledge Jesus as their “way, truth and life.”

One of the strategies of that anesthetizing security is to carefully separate religious issues from social justice issues. It is as though those religious leaders have skipped over the parable of the Samaritan (Luke 10:25–37). (There is an implicit bias in inserting the adjective “good.” It implies that this Samaritan was “good” and the others were not.) Further, they ignored Jesus’s righteous anger in overturning the tables in the temple (Matt. 21:12–13; Mark 11:15–18) and obliterated the foundational biblical command of Christian love and compassion, especially for the marginalized.

In a recent article, Jennifer Rubin, political commentator for the Washington Post, claims that “no one should be surprised that the ‘big lie’ has become gospel in White evangelical churches.” She based her observation on a New York Times report that “since the presidential election, pastors at these churches have preached about fraudulent votes and vague claims of election meddling.” She uses this report as proof of tremendous political problems but concedes that “they are minor compared with the moral confusion that is afflicting the millions of White Christian Americans who consider themselves victims.” Left unaddressed, she warns, “this will smother calls for empathy, tolerance and justice.” This is exactly the point at which every serious Christ Follower should be alarmed.

“Smothering calls for empathy, tolerance and justice” is one point of major concern, but completely turning a blind eye, giving the silence treatment, makes room for destructive, hate-filled, counter-Christ ideologies to exist, grow, and fester in the church, under the guise of non-interference. According to my Bible, Jesus Christ was never in a non-interference mode. In fact, he was up front and center in the mix and the mele. There is no mistaking the radical action of Jesus Christ throughout his ministry on earth. More significantly, he was careful to avoid the rich and famous, the elites, the celebs, the politically powerful, while seeking to spend time with the lost, the suffering, the poor, and the outcast. Every example of his life and his ministry, every parable, is a track record of his concern, compassion, and caring for the marginalized and the disenfranchised. His overturning the tables in the temple was a far cry from the deaf and blind inaction of most religious institutions.

Then there is the problem that presents a special challenge for the Seventh-day Adventist Church, what appears to be a long-standing tradition: a culture of look-the-other-way silence. It is a head-in-the-sand approach to difficult issues, which buries not only the issues but also the opportunity to air them, discuss them, pray about them, and find and share Bible-based solutions. Like the Darien Gap, this silence gap shrouds the bodies of many of the backslidden; those who grit their teeth and squirm through sermons that barely address life’s realities; or the “woke,” yes, “woke” youth, who stray far away from the church, charging it with gross, even intentional, insensitivity at the very least; and at the other extreme, hypocrisy, misogynism, homophobia, racism and a not-so-closeted white supremacy.

Jennifer Rubin is among the many observers and students of political and social science who have been trumpeting the threat to democracy—the global rise of autocracy and its link to white Christian nationalism. In her words, “White, Christian and mainly rural Americans who are becoming a minority group and want to maintain their political power.”

If this is the reality, how can the Adventist Church—a white Christian church in spite of its Black conferences and its large non-white global congregation—continue its culture of silence? Can the church remain silent in the face of blatant efforts to impose white Christian nationalism with its link to white supremacy in this country? Silence in the face of actions to wipe out well-documented Black histories, actions discarding Black and Brown experiences? Silence at the burning of books that document the history of this country? In thinking of these questions, one cannot hide behind the argument of not mixing the pastoral with the political. Indeed, the guidance of the parable of the Samaritan leads not to strategic silence but to intentional action.

What becomes very clear is the need to break the silence in these perilous times. Beyond the need to halt the youth exodus from church or to encourage the backslidden to return to church is the urgent responsibility of those bearers of the “truth” to stop the rocks from crying out and bridge the dangerous silence gap. Such action may well require the tail to wag the dog and the various local ministries to lead the charge.

Given the unveiled, targeted attacks on women in the political and public squares, women’s ministries, with Esther-like motivation, may well have to lead out with the much-needed education and empowerment process that could lead to transformative action. Children’s ministries should pick up the slack, ensuring the telling of histories blocked from schools. And men’s ministries could take the lead in urging an internal assessment of church culture and attitudes in order to challenge—or change—the imagery of a church reluctant to acknowledge and empower women and other marginalized groups. Perhaps it is also the moment to make the Sabbath school quarterly a more effective tool in breaking the silence by informing us about real life issues and equipping us for the perilous times ahead.

Admittedly, this only scratches the surface, but it is the kind of radical action that a radical, compassionate, truth-centered Jesus would have employed.

Meryl James-Sebro, PhD, is a Christian development anthropologist and gender specialist. She is the author of Genderstanding Jesus: Women in His View and Genderstanding Leadership: Power to the Pew!