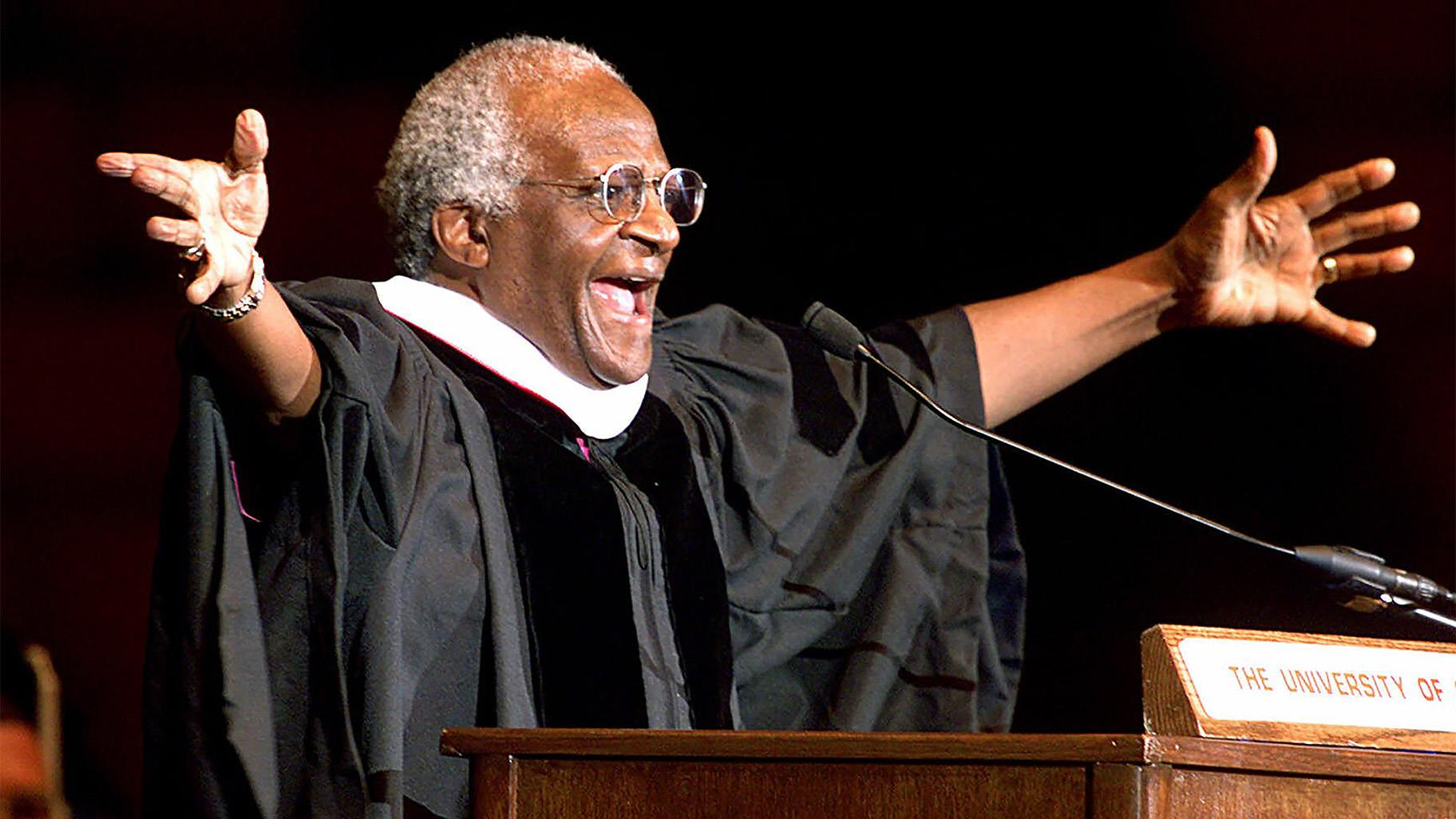 "Truth is the way to reconciliation." Anglican Archbishop Desmond Mpilo Tutu, aged 90, passed away from prostate cancer on December 26, 2021. I credit my Episcopalian friends and South African Adventist sisters and brothers for introducing me to Desmond Tutu, the concept of ubuntu, and educating me about the Nobel Peace Prize laureate's restorative justice work leading the Truth and Reconciliation Commission. Addressing the first gathering of the TRC in 1995, Chairman Tutu said:

They say those who suffer from amnesia, those who forget the past, are doomed to repeat it. It is not dealing with the past to say facilely, let bygones be bygones, for then they won't be bygones.

Our country, our society would be doomed to the instability of uncertainty—the uncertainty engendered by not knowing when yet another scandal of the past would hit the headlines, when another skeleton would be dragged out of the cupboard.

Later commenting on the unfinished business of the TRC, according to the Sowetan, the Most Reverend Tutu stated:

Many have lamented the fact that [former president Nelson] Mandela served only a single five-year term. From the perspective of the truth commission, his departure from office was a mortal blow. I do not believe Mandela would have left the commission’s business so scandalously unfinished, as his successors have.

By "unfinished business" I refer specifically to the fact that the level of reparation recommended by the commission was not enacted, the proposal on a once-off wealth tax as a mechanism to effect the transfer of resources was ignored, and those who were declined amnesty were not prosecuted.”

A public theologian and a civic leader, Tutu embodied the prophetic Christian who takes seriously the "rainbow nation" gospel message preached and practiced by Jesus. He followed the Christ who cared for the downtrodden and through an active love threatened the powers that be, sacred and secular. In his 1999 Andrews University dissertation, "The Church as an Agent of Reconciliation in the Thought of Desmond Tutu," Trust J. Ndlovu concludes:

Lastly and quite persuasively, Tutu depicts the church as reflecting the human reality out of which she is constituted. She consists of young people and old, people of different pigments and backgrounds, people from different geographical settings and walks of life. This being so, she is a human organization, serving human needs. She seeks to meet such human needs as love, human interdependence, freedom, and peace and unity. All her functions seek to foster happiness and community among people. When these are absent, she seeks to create a climate that promotes their existence. When they are barely existent, she tries to maximize them. In this sense, as Tutu understands her, the church is an advocate for peace and freedom in the world, a reconciler between humans and God, and among human beings who suffer the consequences of estrangement from, and oppression under, each other.

In this 2005 talk at the University of California, Santa Barbara, Desmond Tutu expounds on the profound power of reconciling love.