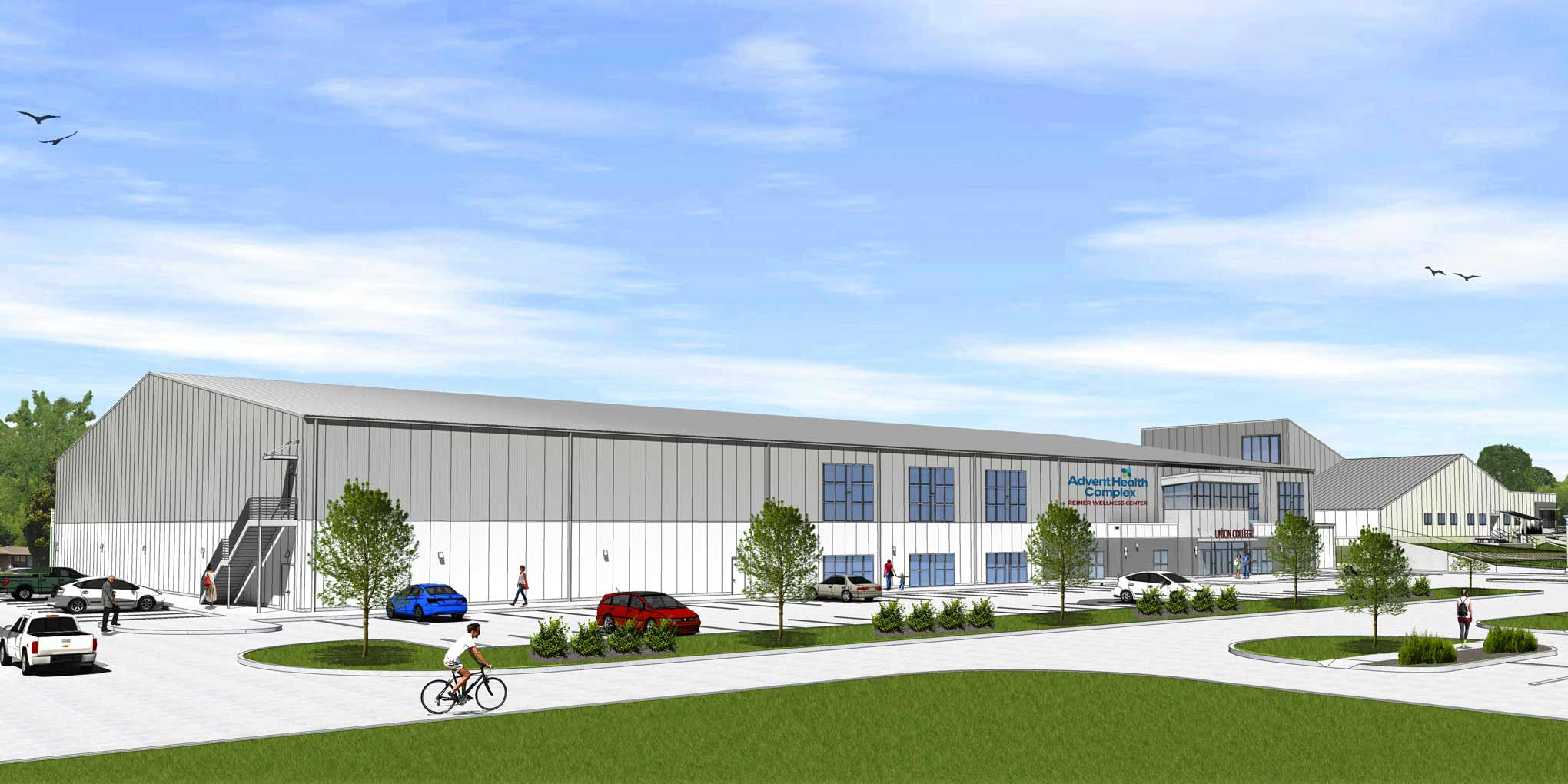 In this week’s Adventist news round-up:

Recently, Union College announced the AdventHealth Complex, a $13 million health and fitness center stretching across 54,000 square feet on the northern edge of its campus. The AdventHealth Complex will feature a competition-sized basketball arena with bleachers that can be retracted to create additional court space, as well as a second court dedicated to campus recreation. Leaders hope to have it open in time for the 2024-25 school year.

Union College's existing gym will continue to be used for classes and practices.

An indoor turf field will also be included in the privately funded complex, as well as an above-ground walking track, fitness center with weights and cardio equipment, and locker rooms for home and visiting athletic teams. The new facility will also be tied into the existing Larson Lifestyle Center, which is home to a 25-meter pool and the college's nursing program. A new roof and handicap-accessible entrance are included in the project.

Rich Reiner, chair of the Board of Trustees' committee on facilities and master planning, said $9 million has quietly been raised for the project. That includes lead gifts from Florida-based AdventHealth, as well as contributions from Lincoln businesses Allo, Nelnet, JS Lang Enterprises, and Union Bank & Trust, and alumni. Students have pledged $120,000 to the project.

Janet Holmes Carper’s book, The Weidners in Wartime, follows the path the family of Johan Hendrik Weidner, a Seventh-day Adventist pastor, becoming Resistance heroes of the Second World War. If ever there was an example of “ordinary people” called by circumstance to extraordinary service, it was this family. Weidner, though a Dutchman born and bred, held various posts in France; his children considered themselves French. For Weidners in Wartime, Carper, who lives in Cornish, selected and translated hundreds of letters from between 1935 to 1944 from the family’s voluminous correspondence. There are two types: the official wartime cards, “limited strictly to correspondence of a family nature,” and the longer letters (some covering several pages in the book) that must be sent clandestinely to avoid the Gestapo. They speak for themselves, but Carper’s thumbnail introductions keep the reader on track.

From the Portland Press Herald, "Under the Shadow of World War II, An Ordinary Family’s Extraordinary Impact."

Members of the Michigan Conference of Seventh-day Adventists are partnering with Sleep in Heavenly Peace, a national organization whose volunteers are dedicated to building, assembling, and delivering top-notch bunk beds to children and families in need. Teenagers and adult volunteers will be helping build wooden bunk beds for kids in the Cedar Lake and Edmore area. The goal is to make 20 beds a day for five days, totaling in 100 beds for the community.  Once finished, the beds will be delivered to their new home.

Youth Director Chad Bernard states that his group is trying to make the world a better place. “Well, you know, a lot of people are hurting and struggling, especially with COVID, and we’re just trying to help make the world a better place, you know, to show the love,” said Bernard. “We just got a lot of young people and older people actually all coming together and building beds to make a difference.”