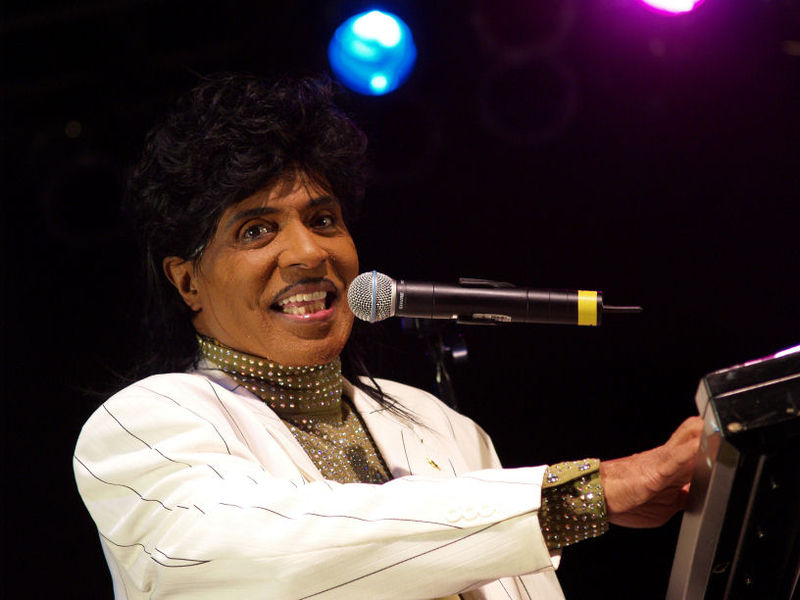 Little Richard to be Buried at Oakwood University. Little Richard will be buried at Oakwood University in Huntsville, Alabama. Entertainment Tonight reported that a representative for the school confirmed the news. He will be buried at Oakwood Memorial Gardens, which is owned by the Seventh-day Adventist university. Gerald Kibble, director of Oakwood Memorial Gardens, told The Associated Press that the funeral would be private and held Wednesday, May 20. The “Tutti Frutti” singer who was born Richard Penniman, died of bone cancer May 9 at age 87. He was an alumnus of Oakwood, attending in the late 1950s when he studied theology.

Little Richard’s relationship to religion and to Adventism in particular is explored in the articles below. Spectrum’s article by Gerry Chudleigh, published in 2009 may be of particular interest, as well as Dr. DeWitt Williams’ recent profile and memories of attending Oakwood and singing with Little Richard.

From AJC, “Little Richard to be buried at historically black university in Alabama,” from Religion News Service, “Little Richard: Six examples of how religion played a role in his life,” and from The New York Times, “Little Richard, Flamboyant Wild Man of Rock ’n’ Roll, Dies at 87.”

Florida AdventHealth Reports Unreliable COVID-19 Tests. The results of more than 25,000 COVID-19 tests performed by AdventHealth in Central Florida are unreliable because of concerns with a third-party lab that had been processing the tests, the health system said recently. AdventHealth officials did not name the testing company but said that AdventHealth had terminated its contract with the lab because of “unacceptable delays” and lack of confidence in the reliability of the tests.

“Teams across our organization are working around-the-clock to remedy the situation,” said Daryl Tol, president and CEO of AdventHealth’s Central Florida Division, in a statement. “We take our responsibility to safeguard everyone who entrusts us with their care very seriously.” The health system is now notifying individuals who have been impacted by letters or phone calls.

AdventHealth will provide testing to affected individuals at no charge. In late February, the Food and Drug Administration issued guidance that allowed some companies to offer diagnostic testing without the agency’s review in order to expand testing options across the U.S. during the pandemic. From the Orlando Sentinel, “AdventHealth says 25,000 of its COVID-19 test results unreliable.”

SDA Business Owner and Wife Provide Meals to Minneapolis Residents during Pandemic. Chef Gerard Klass and his business partner-wife Brittney set out to manage their food business, Soul Bowl, during state-mandated restrictions and preparing meals to distribute in the community. Financial support for “Food for Your Soul” came directly from their church, Glendale Seventh-day Adventist, and from donations received from customers. To date, they have served upwards of 125 meals a week for the past month in the greater Minneapolis area to individuals and organizations. Klass credits working on church hospitality committees as a boost to preparing for and serving meals to hundreds at a time. They also rely on paid staff to assist with cooking, assembling meals and delivery.

They are exploring funding options for “Food for Your Soul” in the form of sponsorships and community partnerships that involve collaborations with local food producers and vendors as well as donation models. No matter what or when, Gerard Klass says the program will remain. “It is an extension of what we have always done. To be honest, we’d been happy to feed the community whether our business succeeded or failed during restrictions.”

The chef is also adjusting his current business model for Soul Bowl. A steady stream of sales has allowed him to maintain some staff, and Brittney’s management skills have kept them open and thriving during the crisis; however, they both realize that a plan for later is in order as the industry changes daily. With optimism, Gerard added, “People will always need the comfort of soul food, and as long as we are able, it is our goal to serve them.” From Insight News, “Minneapolis restaurateurs Gerard and Brittney Klass use food and faith to survive pandemic.”

Northern Caribbean University May Serve as Site for Medical Marijuana Research and Product Development. MMJ Biopharma has applied for a Federal Grower's license to manufacture pharmaceutical grade-medicines from marijuana extracts and conduct research at Northern Caribbean University, a Seventh-day Adventist University in Jamaica. Duane Boise CEO of MMJ's International's Holding has plans to ship natural whole-plant marijuana extracts from Canada to the United States for the use of clinical trial research and pharmaceutical development to treat Multiple Sclerosis and Huntington's Disease.

Boise explained that Jamaica would have to work with the regulations of the United States to produce a quality plant product with approved development protocols in place. In order for Jamaica to qualify for pharmaceutical-grade marijuana cultivation, several qualifications must be met. This includes proper growing conditions, free of carcinogens materials, proper handling of the biomass, controlled shipping conditions, and other protocols to be compliant with the U.S. government guidelines. From Yahoo! Finance, “Special Report: Pharmaceutical Marijuana Jamaica — Jamaica News Network interviewing MMJ Jamaica’s CEO on the company’s plans for marijuana cultivation and drug development.”