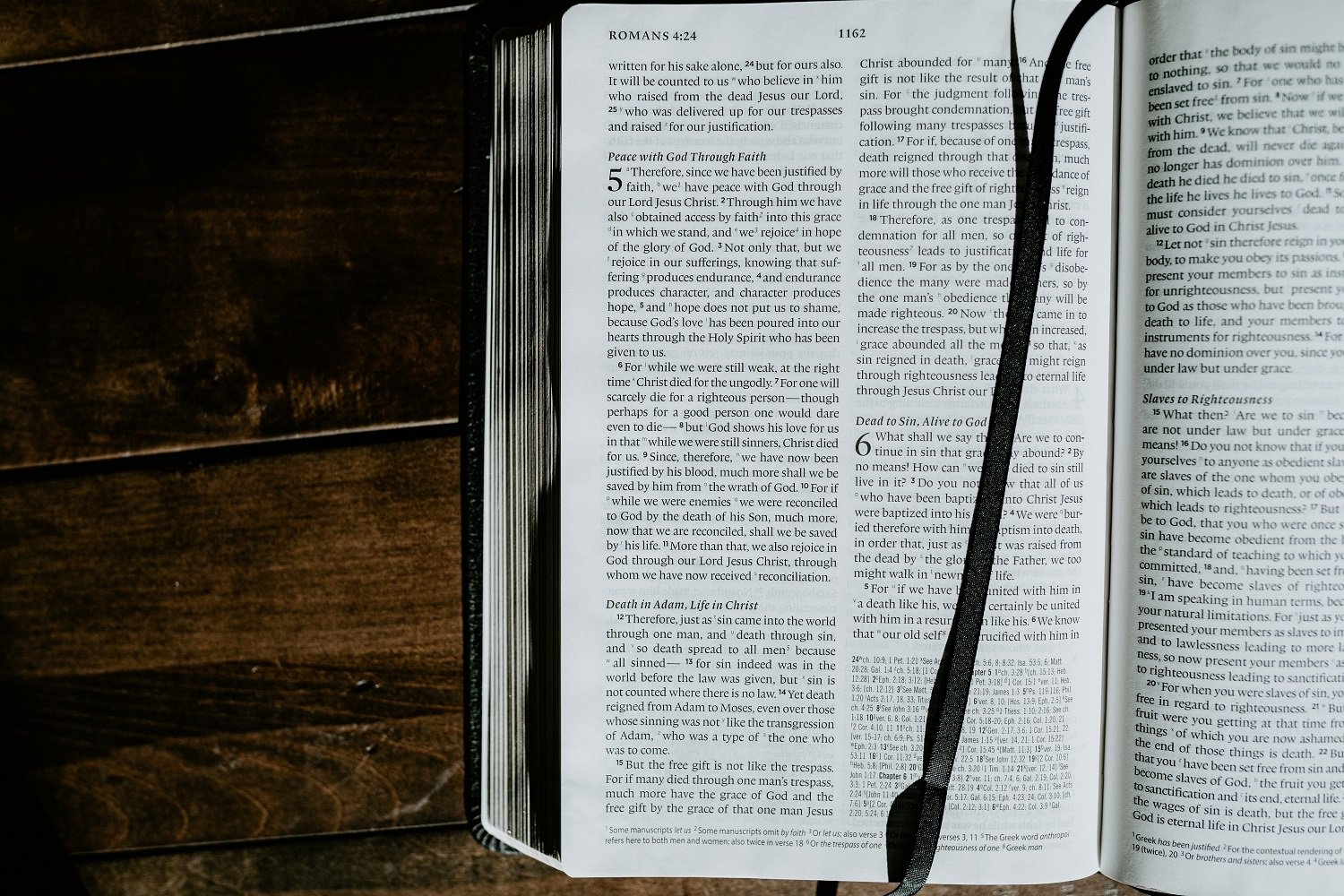 (Part of a sporadic series that takes another look at aspects of Adventism.)

Every human has been made righteous and given life by Jesus. Every single one.

“Therefore just as one man’s trespass led to condemnation for all, so one man’s act of righteousness leads to justification and life for all.” Romans 5:18

“For God has imprisoned all in disobedience so that he may be merciful to all.” Romans 11:32

“He is the propitiation for our sins, and not for ours only but also for the sins of the whole world.” 1 John 2:2

“For there is one God, and there is one mediator between God and men the man Christ Jesus, who gave himself as a ransom for all…” 1 Timothy 2:4

“…we have our hope set on the living God, who is the Savior of all people, especially those of us who believe.” 1 Timothy 4:10

“For the grace of God has appeared, bringing salvation for all people.” Titus 2:11

The Sabbath School lesson was on Romans 5. As the discussion worked its way through the chapter, I posed a question. How should we relate to the two uses of the word “all” in verse 18?

There was little discussion about the first “all.” Experientially, we each have up-close-and-personal knowledge of the first “all.” We know too well we are sinners. We understand that somehow, through some mechanism we don’t understand, when we were born we stepped into the flow of human existence, and that flow inevitably includes evil in our beings.

But when the class talked about the second “all,” all sorts of modifications and conditions were suggested. Apparently, our class is not unique. “Much theological ink has been spilled over the years explaining away the plain meaning of these verses,” writes David Bentley Hart. (“Why Do People Believe in Hell?” The New York Times, January 10, 2020.)

The class discussion got complicated. The general notion behind the various interpretations of the text was that the sinner has to do something to obtain the “justification and life” mentioned in the verse. The most frequently used word was “Accept.”

I hear that term “Accept” a lot in spiritual discussions. It troubles me. It implies there is a quid pro quo, a transaction.

In the context of salvation matters, the Acceptance proposal clearly implies something has been Offered and is available for Acceptance by some action. Actually, the concept of Acceptance is a type of works. It makes salvation hinge on your action.

During the Sabbath School class discussion, the teacher dug in his wallet, extracted a $5 bill, and held it out (Offer). He then said, “The $5 bill is available to you, but to get it you have to take it (Acceptance). If you don’t Accept it, you don’t get it.” Hmm.

The following week, in a random moment, my lovely wife-cum-theologian Janelle suddenly blurted out, “I already have the $5. I don’t need to Accept it.” Shazam! Kapow! Bam! Light bulb!

It was a beautiful moment. It was life altering. She was saying that the “free gift” (Romans 5:15, 16, 17) is already hers. It’s like God knew her spiritual bank account number and when Jesus gave his life in that “one act of righteousness” he deposited “justification and life” in it. She already has it. It’s in the bank. It was there before she was conceived. There is no Offer and Acceptance. It’s just there — and Paul says it is there for all — every single one. “So one act of righteousness leads to justification and life for all men.”

I mentioned above that we fully understand experientially the first “all” in the text, and that “through some mechanism we don’t understand, when we were born we stepped into the flow of human existence, and that flow inevitably includes evil in our beings.”

Well, I believe Romans 5:18 describes exactly the same thing…in reverse. Through some mechanism we don’t understand, when Jesus died for us, we stepped into a flow of righteousness and life. Isn’t that what Paul is saying? Didn’t death descend upon all humans through Adam and Eve? Doesn’t the second man in Romans 5 reverse the results of the action of the first one? Didn’t Jesus completely unwind the awful reality? Did he just do a partial job? Did he just do a contingent job? I don’t think so. I believe Paul’s words, “So one act of righteousness leads to justification and life for all men” are literal and real and complete. As Sigve Tonstad says in The Letter to the Romans, “God’s mercy does not come up short.”

I’m going to share a personal philosophy. I don’t propose it as truth; I propose it merely as something that makes sense to me. It is a flow of logic that goes like this:

• God created earth, and it was/is a laboratory, a test tube to let the claims of love (good) versus selfishness (evil) play out, a place where a cosmic tussle over competing ideas and claims could be tested.

• God personally created a context in which a struggle would occur, presumably knowing what would happen. Therefore, since God knowingly created the stage, he/she carries responsibility for what happened subsequently on it.

• Evil wins the first round in Eden. Sin and death are now thrust upon humanity and inexorably flow downstream — no exceptions. All humans are born with no option but to be sinners.

• You and I did not ask to be born. It came upon us unawares. We did not have the Adam-Eve choice. Sin and death came automatically. We are doomed; sin was thrust upon us.

• In the interests of big-picture justice within the cosmos, God has an obligation. Since God set all these things in motion with his decision to create, can he/she now stand at the parapets of heaven, staring down at us, arms crossed, and put the onus on us to escape a destiny that came to us inevitably because of what he/she set in motion long ago, knowing we would have little or no ability to comply?

• God took on an obligation — in cosmic justice — to those who have no choice about being sinners, to provide a relatively simple way of escape from our sinful state that does not rely on the abilities of the human. When it comes to our innately sinful selves, you and I did not have free moral agency. We were born this way. Thus, God has an obligation if he/she wants to redeem us. He/she must grant free release from our innately sinful selves. All of us.

Right now, you are probably thinking that I’m a universalist. Well, actually, I’m not. We have ample scriptural evidence that not all humans will experience salvation, so…

Wait! Let’s look at that again!

If A) “one act of righteousness leads to justification and life for all men,” but B) not all humans are saved, how do we resolve the tension between these two assertions? Maybe the cognitive dissonance is why a discussion of Romans 5:18 causes people to feel compelled to modify the second “all.”

Back to the contractual analogy: if salvation is a contractual thing where God makes an Offer, and I Accept, I still have no ability to complete the contract because I have absolutely no Consideration to provide. God has consideration of great value to give to me — justification and life. But I have nothing of value to give in exchange. That’s why Paul says at least three times in Romans 5 that justification and life are free gifts. Gifts don’t involve consideration. “Here, it’s yours.” That’s how a gift works.

If you search for the word “Accept” in the New Testament, you won’t find much. And what you do find won’t seem relevant to this discussion. But search for the words “belief” and “believe” and you will be flooded with responses, and the texts will seem very relevant to this discussion. Questions and statements about belief and believing occur more than 80 times in the book of John alone. That includes John 3:16 in which Jesus explicitly makes eternal life dependent upon belief.

So, let’s quit with the contract language.

God seems to have chosen the dynamic of belief as the very crux of matters between himself/herself and us. Isn’t believing or disbelieving God what this whole saga is about?

Over and over, Jesus asked many people, “Do you believe?” It was a top-of-mind question for him for a reason. It seems that belief is the hinge point.

Belief is a dividing line regarding the $5 in all people’s heavenly accounts. You have no belief in the overwhelming, unmerited gift of $5 from God? Then it is of no value to you. You believe in the gift? The $5 is effective for you.

God made it simple for us. It all hinges on belief.

But is belief really a simple matter? Actually, it is THE question, the ancient question. God circles back to each human with the basic, original question from eons past: “Do you believe?”

Can you do it?

If you can believe it, you will find that your soul will rejoice! Belief yields joy because you realize that, independent of you, the gift was already in your account before you were born. It was automatic as God applied the universal corrective to the universal plague of sin. Simply believe it!

But every human finds themselves back at the beginning of the Great Controversy, faced with the question: “Do you believe?”

I want to tell you that since my dear wife said, “I’ve already got the $5,” every time I focus on that concept, I experience joy. It is freeing! My salvation is there, already on deposit, independent of me. Independent of a heavenly judgment. Assurance lies there.

When I am reminded that righteousness and life were made mine long ago, I feel overwhelmed with gratitude that Jesus and God simply gave me a gift. That gratitude creates a desire to be in synch with God’s magnanimity. I want to be aligned with and reflect that grace and love. I would like to step into the flow of that divine stream somehow.

About now, someone is saying, “Well, the devils believe and tremble. You can’t just believe. You have to get results.”

No! I’m not going there. It is the belief that generates results, not me. Otherwise it would make it all about me.

I am not given to quoting Ellen White in my writing; it is often counter-productive. But I have been intrigued for years by the implications of something she said, something that seems relevant here.

“God has made provision that we may become like unto Him, and He will accomplish this for all who do not interpose a perverse will and thus frustrate his grace.” Thoughts from the Mount of Blessing, p. 76

Just don’t get in the way!

Actually, the White quote sounds a lot like Philippians 1:6: “And I am sure of this, that he who began a good work in you will bring it to completion at the day of Jesus Christ.”

My takeaway is that 1) if we simply believe in the gift, and 2) don’t get in the way, God will save you and me and make us more like him. I don’t know how; I just trust he/she will do it. But, God’s transformational action is on top of, and independent from, the reality that justification and life are already mine. The five bucks has been in my account in heaven all along. It’s not going anywhere.

God help us believe this simple yet profound truth.

Also in this series:

Edward Reifsnyder is a healthcare consultant. He and his wife, Janelle, live in Fort Collins, Colorado and seem to be enjoying each other’s company while hiding out from the coronavirus.