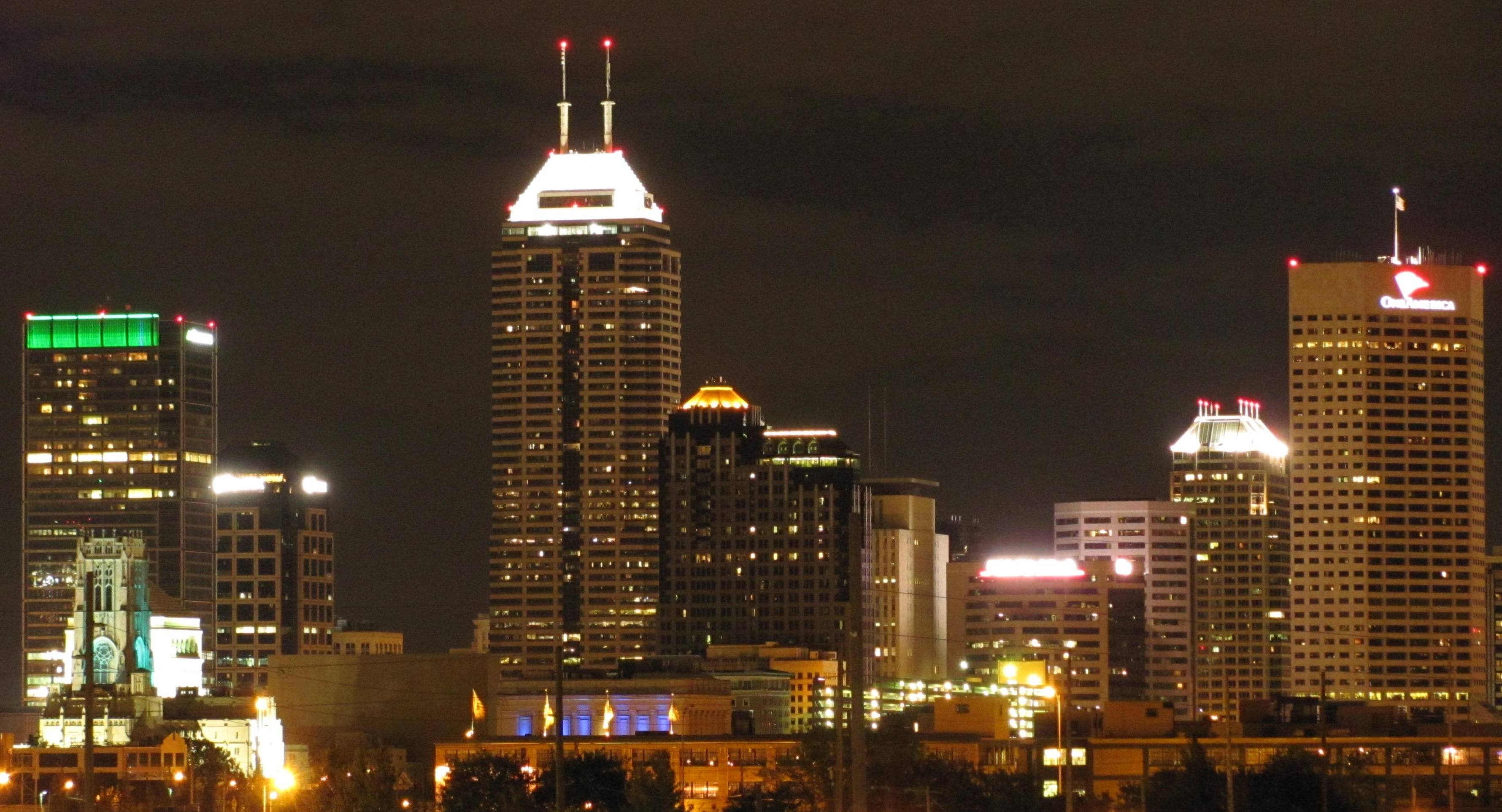 Spectrum shared a few hours ago that our sources confirmed the Executive Committee of the General Conference voted to postpone GC Session until May 2021. The official announcement from the Adventist News Network and Adventist Review is now available, and is shared in full below:

The 2021 General Conference Session will be held in Indianapolis, Indiana and is currently scheduled from May 20 through May 25. It was originally scheduled from June 25 through July 4, 2020.

The Impact of COVID-19

The novel coronavirus, known as COVID-19, has spread globally since the end of 2019. On January 30, the World Health Organization (WHO) declared the coronavirus a global health emergency and on March 11, the WHO declared COVID-19 a pandemic. As of now, the virus has infected more than 230,000 people. There have been more than 9,300 associated deaths.

“The Church has consulted with senior representatives of the World Health Organization structure and we are recommending that the Church take a careful approach to large gatherings including the General Conference Session,” said world Church Health Ministries director Peter Landless. “We also recommend each region adhere to the proclamations of their local health organizations to find ways to maintain local church operations and mission through alternative means.”

Meeting from around the world via teleconferencing technology, the Executive Committee considered two recommendations that emerged from a series of official conversations and meetings at world Church headquarters. General Conference Session planners, health professionals, legal advisors and administrators explored possible alternative plans for the 2020 General Conference Session in light of the COVID-19 pandemic.

The two ADCOM recommendations can be read here.

For the Seventh-day Adventist Church, the General Conference Session, held every five years, is the largest and most important business meeting of the world Church. During Session, delegates elect officers and handle clarifications to the Church’s Fundamental Beliefs, discuss adjustments to the constitution and bylaws and vote changes to the Church Manual. The GC Session is also significant because it allows for spiritual visioning, mission focus and what Adventist World Church president Ted N. C. Wilson described as a “super camp meeting and homecoming” for up to 60,000 Adventists from around the world.

Proposal to Postpone and Downsize

The first proposal, which was accepted by the Executive Committee with a vote of 187 (yes) to 1 (no), recommended the 2020 General Conference (GC) Session be postponed for up to the constitutionally-allowed 2 years, depending on when rescheduling is feasible. In a subsequent meeting on March 19, a combined ADCOM and GC Session Planning Committee recommended the May 20–25, 2021 date.

The ADCOM also proposed to downsize the rescheduled event without compromising the core functions of a GC Session. Downsizing includes a proportionate reduction in the number of attendees; inviting only delegates, spouses and dependent children and a limited number of technical staff; reduction of the number of days of the GC Session to 4 to 6 days; omit both ancillary meetings and exhibits during the Session. The proposal also noted the current term of office would continue for the duration of the postponement. Following the rescheduled event, the next administrative term would end during the scheduled 2025 General Conference Session.

“I did not want to, and still don’t want to, change the date of the GC session, though circumstances are forcing us to do so,” explained Wilson, who chaired the Executive Committee meeting. Wilson added that several key factors contributed to the proposed postponement including the safety and precautions due to COVID-19. Among them, the closure of consulates around the world make acquiring visas difficult, if not impossible. National borders are also being closed and restrictions imposed on international travel.

The chair also explained that the proposal to downsize the GC Session is heavily driven by financial concerns. GC Treasury personnel have indicated that the financial effects of the pandemic could result in a significant decrease in tithe as congregations are no longer meeting regularly due to Federal, State, and local regulations limiting the number individuals that are able to congregate in any public gathering due to COVID-19. Reference was made to the availability of returning tithes and offering online, where available, during a time when many congregations are closed.

The discussion among committee members was started by Viriato Ferriera, Inter-European Division delegate. He agreed with the decision to postpone the 2020 GC Session, but suggested a modified exhibit booth area, giving each entity or ministry a limited number of booths. Wilson explained that specifically for the rescheduled GC Session proposed for 2021, the exhibit area would be used for the various business functions of the Session, as well as for the large gathering on Saturday (Sabbath).

The downsized 2021 GC session would provide a room with a seating capacity of 3,200 for delegates for business sessions. The area currently allocated for exhibits would be used for other business functions such as the work of the nominating committee, as well as for the large gathering of general attendees on Friday night and Sabbath (Saturday) with a seating capacity of around 26,100.

David Trim, director of the General Conference Office of Archives, Statistics and Research, added a historical note. While he agreed with both recommendations, he questioned whether or not the constitution and bylaws of the Seventh-day Adventist Church allowed for term-limits of elected officials to be shortened. Trim noted the four times GC Session was postponed in the past, the elected officials restarted their new term. Todd McFarland, associate general counsel for the Seventh-day Adventist Church, assured attendees that a close study of the constitution and bylaws allows this delay to be a “bump” into the next term. He added that the financial implications of moving the 2020 and 2025 GC Sessions to maintain a 5 year sequence, would be prohibitive.

Lisa Beardsley-Hardy, education director for the world Church, also spoke in favor of the recommendations but asked the nominating committee to be structured in advance of Session. She cited the importance of the committee completing their work during a shorter GC Session due to the longer time it takes for inter-divisional employees to move their families to the World Church headquarters.

Other members asked questions of clarification regarding the impact of this postponement on officers within divisions, those planning to retire and leaders appointed following GC Session. Wilson explained according to the GC constitution and by-laws, GC officers and elected leaders would hold their position until May 20, 2021 or until their replacements are elected. He also said individual retirements will be respected as if the Session had taken place. Regarding General Conference appointees and staff normally elected at Annual Councils, these individuals will serve until the Annual Council following the 2021 General Conference Session.

Other than to add GC attached unions and fields to the language, the proposal to explore future GC Sessions was approved with 191 (yes) to 1 (no).

Following the vote, GC general vice president Ella Simmons urged that the process of reviewing the future number of GC Session delegates be “completely clear and transparent.” Simmons emphasized that in reviewing the associated formula, the Church would consider if “all of its elements serve our needs at this time.”

The Work of God

“I did not anticipate that we would ever be at this point at this time,” noted Wilson during the meeting. In the same breath, he emphasized the global crisis is a calling for Seventh-day Adventists to minister to others. “This is a time for Adventists to spread hope and encouragement. We should be anchors of stability and pillars of hope,” Wilson said.

Quoting the biblical text 2 Timothy 1:7, the world church president reminded Executive Committee members that “God has not given us a spirit of fear.” Wilson also shared his conviction that the mission of the Church will move forward. “The Three Angels Messages are not being stopped by the coronavirus. God’s work will not be inhibited by this virus.”

This article originally appeared on the Adventist News Network and Adventist Review websites.