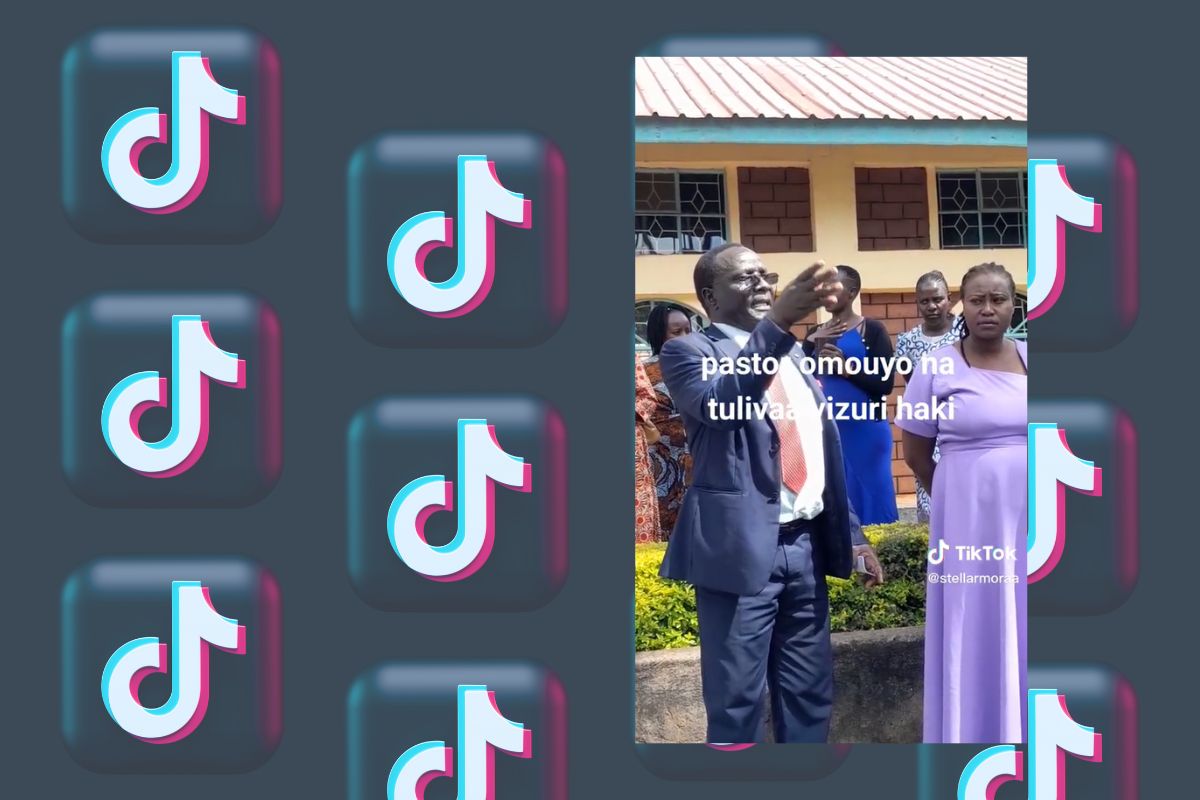 An embarrassing incident occurred at the Tente Seventh-day Adventist Church in Kenya when Jared Omwoyo, a local pastor, asked a bridal party to leave the church. Videos of the incident went viral, one receiving more than one million views on TikTok. Omwoyo said that he had “no option but to chase the bridal team away because of 'indecent dressing and bad character' and that he was lied to about their faith," according to Nyaboga Kiage of Nairobi News.

He faulted the person who took the video in which he was captured asking them to leave saying that it could have also captured how the team was dressed. “Again I did not chase them away from the church; I only stopped them from participating in marching in the wedding,” he said.

According to Nairobi News, Omwoyo is heard in the videos telling the non-Adventist members of the bridal party, “It is either they walk out of the church or I just start my car and leave.” The sister of the bride later claimed on Facebook that the pastor was upset that the bridesmaids had applied makeup. She also said that the bridegroom’s family were not members of the Adventist Church. The situation made headlines in Kenya and people took to social media to express frustration with the pastor’s conduct.

Omwoyo told Nairobi News that members of the bridal party answered him in a “rebellious manner” after being confronted about their dress.

—From Nairobi News, “Bride’s Sister Blasts SDA Pastor Who Chased Away Bridal Party” and “Why I Chased Away the Bridesmaids—SDA Pastor Speaks on Wedding Drama”

New Life Seventh-day Adventist Church in Brownsville, New York, hosted an event to aid migrants and community members. With the help of several other organizations, members helped approximately 40 individuals complete "citizenship applications and meet an immigration attorney with their questions."

News12 The Bronx reported that people also “appeared for health screenings, like getting their blood pressure checked.”

“I hope we have 40 new citizens come out of this,” said Donnell Suares, the immigration attorney who donated his time for the event. The church says that it plans to host more similar events

—From News12, “Migrants in Brownsville Benefit from Church Event to Help Ease Their Immigration”

Phil White, pastor at the Simi Valley Seventh-day Adventist Church, helped an Adventist pastor and his family escape from Moscow and relocate to Ventura County, as reported by Michele Willer-Allred in the Thousand Oaks Acorn.

The church's December Christmas concert was “a fundraiser for Andrew and Elena Kovalev and their children, Daniel, 24, and Hannah, 20, who left their money behind when they fled from Russia to escape Putin’s rule.”

Men across the former Soviet Union were being called upon to join the attack [in Ukraine]. Andrew and Daniel knew they would be forced to fight or flee.

Andrew Kovalev, a pastor, had served his country in the military when he was a young man. But this time, he said, it was different.

His wife is from Ukraine and has family there.

Things got so tense in Russia in September that the Kovalevs asked White for help.

They’d met in the early 1990s when the Simi Valley pastor traveled to Russia to share the Bible with residents of the town of Saratov outside Moscow. White has returned to Russia many times, and he and the couple became friends.

The journey took months, but the family is now secure here in the United States.

The Memorial Seventh-day Adventist Church in New Guinea facilitated a mass marriage certification celebration recently. Senior Pastor Cameron Wari officiated at the ceremony for 24 couples, which was a first for him, as reported in The National by Natasha Kelly.

Wari said just like Government, concerned about having marriages registered, the church was also encouraging that. He said the church was an institution that was found by God and when there was a good family, obviously there would be a good community and a good country. Provincial civil and identity registrar Keputong Geibob said that family was an important unit, adding that there were currently so many social issues arising from marriages, especially from family units not registered.

“There’s so much abuse in families where a husband can hit his wife in the presence of their children and not knowing that the actions are actually having bad influence on the children,” he said.

Geibob said he was there to help the church supervise and make [sure] that marriage certificates were signed properly.

“With the government departments requiring marriage certificates as a requirement for certain reasons, the church is helping the couples to have that document,” he said.

He said most of the couples who had their marriage certified were being helped by Family Life, a department within the church.