Edwin I. Hernández to Lead the Louisville Institute 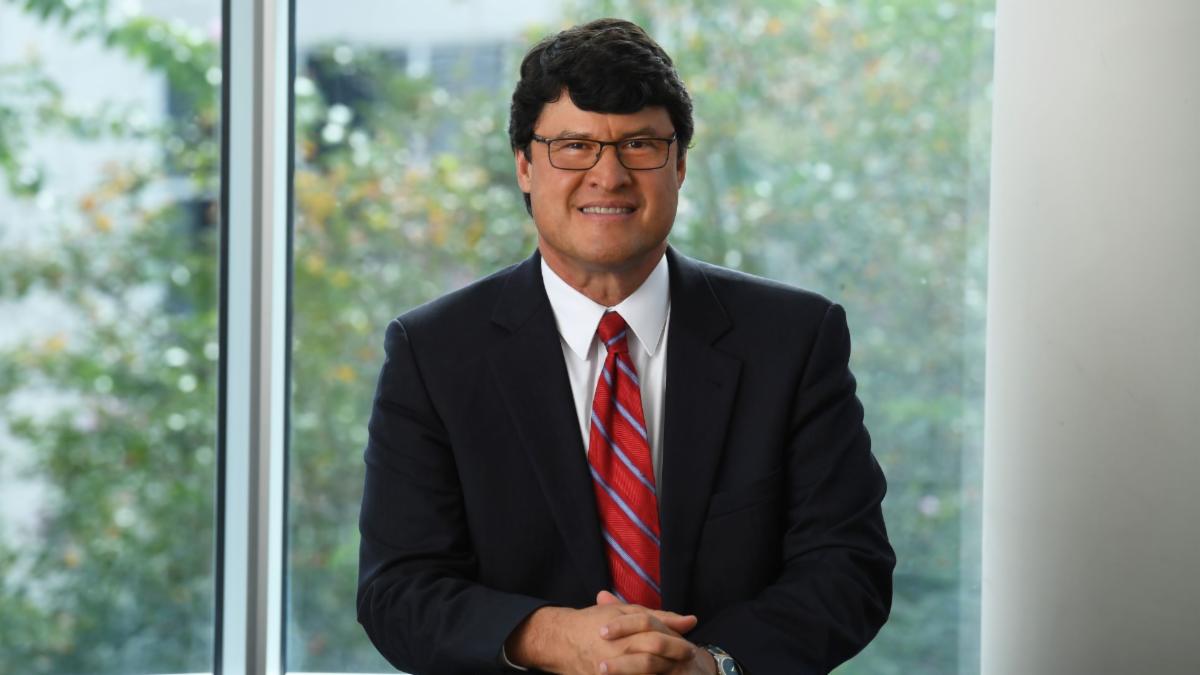 The Louisville Institute, an organization supporting those who lead and study North American religious institutions, has named Edwin I. Hernández, president of AdventHealth University, as its next executive director. The institute is based at the Louisville Presbyterian Theological Seminary and is funded by the Lilly Endowment, a private philanthropic foundation. Hernández has been president of AdventHealth University since 2017.

An ordained Adventist pastor, Hernández has had distinguished careers in academia and philanthropy. He served as vice president of academic affairs at Antillean Adventist University in Puerto Rico, program officer for The Pew Charitable Trusts, and founding director of the Center for the Study of Latino Religion at the University of Notre Dame. In 1995, he submitted a grant proposal for the creation of the Hispanic Theological Initiative, which continues to support emerging scholars.

“Dr. Hernández brings his vast experience as an Adventist pastor, scholar, and administrator to the Louisville Institute, an institution working at the intersection of the church, academy, and society,” says Geoffrey Nelson-Blake, a graduate of La Sierra University and a PhD candidate at the Graduate Theological Union. “As an Adventist and a Hispanic Theological Initiative Scholar, I am excited to see Dr. Hernández stepping into this prestigious leadership role.”

Hernández’s writing has appeared in the Spectrum journal on multiple occasions, including his 1995 article on the growth of Latino Adventist membership in North America. “He graciously hosted the Spectrum community for our 2020 conference at AdventHealth University,” says Bonnie Dwyer, editor emerita of Spectrum. “As he returns to the philanthropic world, we wish him all the best, and know that he will be an ambassador of grace in his new position.”

According to its website, the Louisville Institute awarded 93 grants and fellowships in 2022. You can read the press release from the institute announcing the move below:

"Dr. Hernández has a distinguished leadership profile in the worlds of faith, philanthropy, and higher education," commented Seminary president, Alton B. Pollard III. "As the executive director of the Louisville Institute, he brings a genuine understanding of issues before the church and academy, and a just engagement with the communities and constituencies they serve. LI’s impactful witness of promoting scholarship that contributes to the flourishing of the church continues."

Funded by Lilly Endowment Inc. since 1990, the Institute's mission is to bridge Church and academy through awarding grants and fellowships to those who lead and study North American religious institutions, practices, and movements, thereby promoting scholarship that strengthens Church, academy, and society, and ultimately contribute to the flourishing of the Church. The Institute advances this work through funding diverse research that addresses the changing and diverse global, multicultural, generational, intersectional, and emerging currents facing North American Christianity, as well as related global connections and implications. In addition, the Institute's Vocation of the Theological Educator initiative seeks to nurture a new generation of scholars who are considering theological education as a vocation through intentional, focused, professional formation and teaching.

"The Louisville Institute has long played a critical role in supporting research and writing that explores both emerging edges of vitality and hard challenges facing Christian communities today," said Dr. Christopher L. Coble, Lilly Endowment’s vice president for religion. “Dr. Hernández is an experienced leader and an accomplished scholar. He is exceptionally well-prepared to guide the Institute as it carries forward its mission.”

"The health and vitality of communities, neighborhoods, and families are closely connected to the strength of religious institutions. There is no more important task than to better understand the depth and scope of religious life in America in all of its diversity and expressions," adds Hernández. “I am excited to join the team at the Louisville Institute and be part of the longstanding and prestigious legacy of advancing the careers of the next generation of leaders and scholars united to advance the flourishing mission of American Christianity."

Hernández earned a PhD and an MA in Sociology from the University of Notre Dame, an MDiv from Seventh-day Adventist Theological Seminary (Andrews University), and a BA in Theology with Educational Emphasis from Loma Linda University.

Alexander Carpenter contributed to this report.