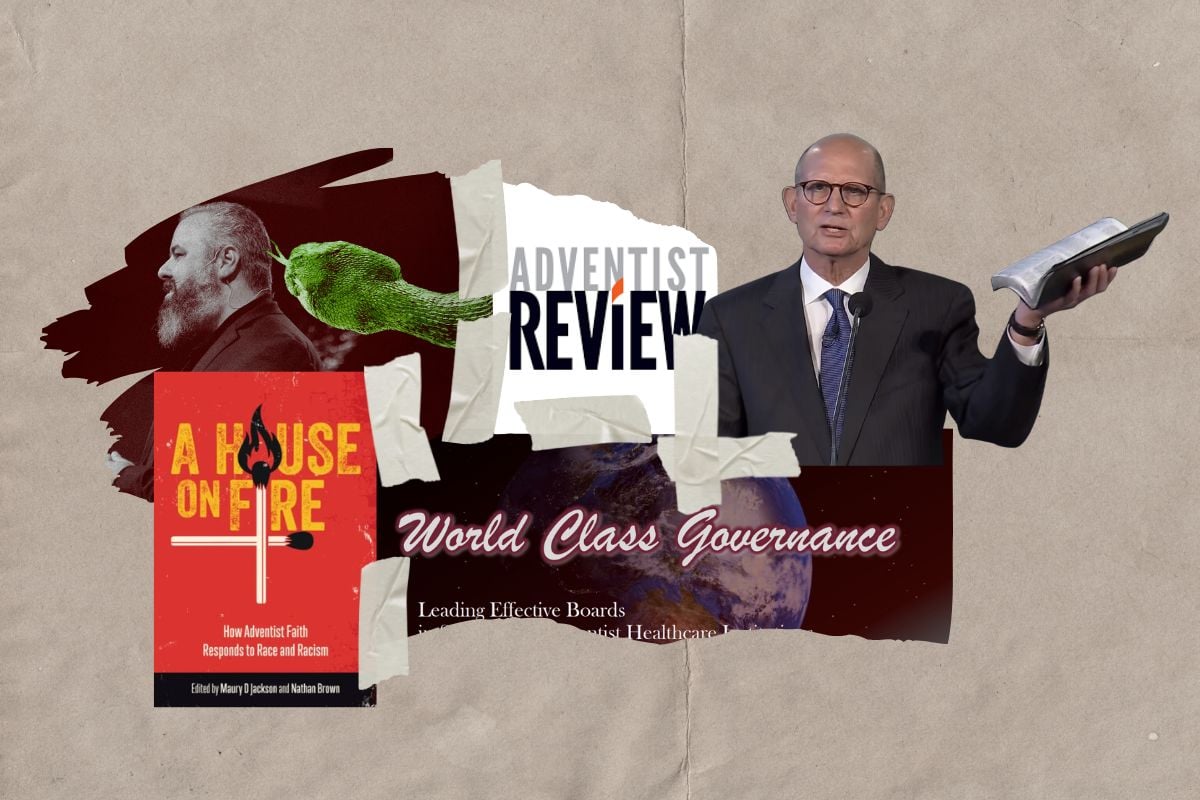 While 2023 does not include a General Conference Session like last year, the following list offers 5 key direction indicators for the future of Adventism.

Ted Wilson is on his way to becoming the longest-serving GC president in Adventist history. In about two years he will be second only to A. G. Daniells. Yet Wilson's record is not marked by much success beyond his own staying power. His major agenda phrase, Revival and Reformation, is mostly just a website that overlaps in content with all the other barely used GC-produced media. His new big idea is to repeat giving away The Great Controversy book, which is already creating more public eyebrow raising than converts. Shortly after his election in 2010, Wilson kicked off his tenure by very publicly losing votes over women’s ordination. The church constituencies who heard his warnings—about policy and theology—have generally continued in their so-called rebellion, and the loud cries of Wilson and his acolytes have not been accompanied by any wolves. There are now multiple ordained female pastors in conference and union executive leadership. Wilson’s big idea to create compliance committees actually damaged his reputation—due to his manipulative tactics—and has also been a nothing-burger. He appears to now be putting his wounded finger on the scales of the Adventist higher education accreditation process. His target: La Sierra University, one of the stronger schools in the North American Division. This year could be pivotal in determining its future and his legacy.

The Adventist Review predates the Adventist Church by more than 10 years. Will it survive this decade? For a century and a half, its editors often played a key role in shaping the spiritual life of the denomination. Lately, it has suffered a drastic decline in readership and lost its intellectual influence. The recently appointed editor, Justin Kim, brings a background in editing what was the collegiate quarterly, renamed inVerse. Under his leadership,  the last two principal contributors in 2022 were Randy Skeete and Stephen Bohr. Both of these fringe ministry leaders are banned from holding meetings in several regions of the church due to their extremist views. In an interview, Kim cites Samuel Koranteng-Pipim, the polemical fundamentalist serial sexual assault perpetrator, as the camp meeting speaker where Kim was converted. After co-founding what was first called the General Youth Conference, Kim went on to work in the Michigan Conference before coming to the GC in 2015. He attends and preaches at a church that doesn’t allow female elders. Ted Wilson is a member. The new associate editor of the Adventist Review, Sikhululekile “Sikhu” Daco, also served on the GYC executive committee (now Generation. Youth. Christ.) and has reportedly followed Kim from Michigan through several jobs. Daco’s LinkedIn page indicates experience as an editorial assistant prior to this associate editor role at the Adventist Review. According to three sources who have spoken with Kim, the “general conference” part of the early GYC name belied an ambition to assume GC power, justified by a sense of final generational import and ideological certitude. How will this new executive spirit of GYC shape the Adventist Review in 2023? Will Kim reVerse the decline of AR, and will it matter?

Board leadership doesn’t get much press in Adventism unless things go lopsided. But attention to governance is becoming cool, and not just because Richard H. Hart and Lowell C. Cooper care about it. Hart, the president of Loma Linda University Health, and Cooper, its former board chair and longtime vice president of the General Conference, both recognize the need for reform, as this presentation, World Class Governance, reveals. As Spectrum’s reporting on Kettering Health shows, boards can be captured and can shirk their responsibilities. As Cooper’s contributions to our report on the GC nominating committee process show, reform is needed. Currently, the Andrews University board is searching for a new president to be named early this year. AU aims to be a world-class institution. Will it have world-class leadership? As Cooper notes, we need more “skilled leadership in group decision-making, group members with diversity of competencies appropriate to the business, intentionality about mission.” This also applies to school boards, church boards, and executive committees. That’s often where the Adventist sausage is made. In 2023, will the processing of power get healthier or bloodier?

Local and global Adventism continue to see struggles over the future of the denomination. Globally, Brazil promises to continue to be an influential region of the church. Erton Köhler, former president of the South American Division, now holds one of the most powerful positions in global Adventist leadership as executive secretary of the General Conference. Examining Köhler’s tenure at the SAD, and his writings before becoming president, shows a professed interest in increasing the involvement of young people in the church but also views on theology and lifestyle that many Adventists might see as regressive. In Brazil, which contains the most Adventists of any country, popular progressive ministries have been under attack. Nova Semente, a congregation in São Paulo founded as a postmodern urban ministry, had its leader pushed out. As reported by Revista Zelota, Pastor Edson Nunes was removed by the local conference due to his theology in mid-2022. At the end of the year, the influential and youthful congregation—which has over 100,000 subscribers on YouTube—saw further turmoil as over 100 of its key members resigned en masse. In parts of the world such as South America, the Adventist Church has been successful in gaining many younger members. But how will the church react as that new blood exerts its influence?

Readers persist! Oak and Acorn Publishing continues to fill a gap for good books in Adventism. This year promises a major collection of scholarship by Adventist women. Additionally, Donald R. McAdams’s suppressed research on Ellen White’s literary and intellectual dependency on Reformation historians is now available. Donald E. Casebolt has a second book out from Wipf and Stock detailing William Miller’s lasting paradigmatic influence on Ellen White. Also impacting 2023 might be Signs Publishing’s A House on Fire: How Adventist Faith Responds to Race and Racism, an anthology edited by Nathan Brown and La Sierra University’s Maury Jackson. Although not a book, Liberty magazine, under the fresh editorship of Bettina Krause, is charting a careful course through the troubled waters of American law, state funding, and Adventist mission. Spectrum’s monthly book club will also resume meeting soon. If you’d like to get on the list, email contact@spectrummagazine.org. Which books did we miss here? What should we feature in 2023?

And what important parts of Adventism are missing from this list? Please include your recommendations in the comments below.