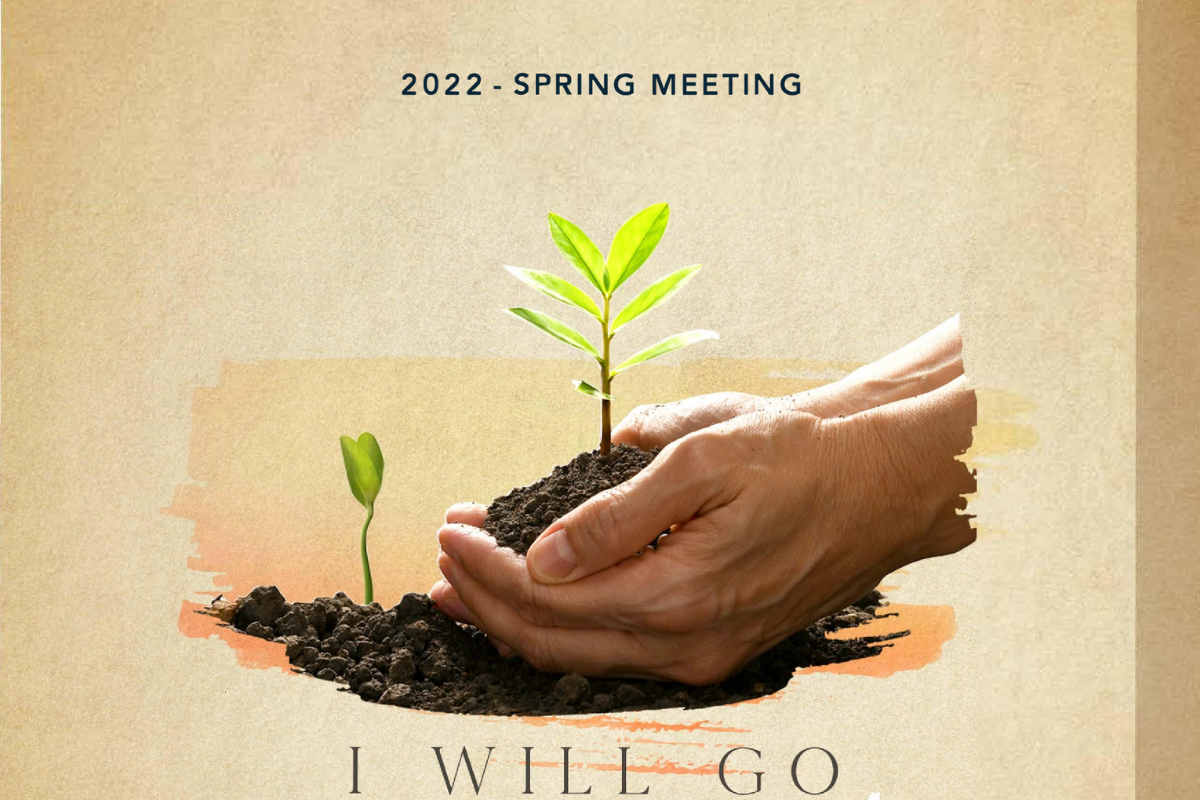 The second and final day of the 2022 Spring Meeting came and went quietly on Wednesday. Almost all of the actual business was handled on the first day, when the General Conference Executive Committee received audit and financial reports and voted to determine the immediate future of the Ukrainian Union.

After the devotional presentation by Michael L. Ryan, GC President Ted Wilson began the day with a clarification about the church in Ukraine, which was removed from the Euro-Asia Division and put under the GC’s direct oversight the day before. “The temporary assignment of the oversight of the General Conference will be until other more comprehensive arrangements can be made,” Wilson said. Presumably, the Ukrainian Union will eventually be integrated into another European division—the Trans-European Division, which contains countries such as neighboring Poland, being a likely choice.

The bulk of the next four hours was filled with reports from different departments and organizations. All of the business requiring voting happened the previous day. First, the Children’s Ministries Department presented its “Armor of God” app that is attempting to “foster the faith of the children through Bible stories, Bible studies, memorizing Bible verses, songs, and other activities.”

Juxtaposed after that prerecorded presentation came Dwain N. Esmond, associate director of the Ellen G. White Estate, giving a live presentation titled “Back to the Altar: An Inside-Out Revolution.” Wilson explained that Esmond had come to him with this presentation, which he found so meaningful that it was being shared with the whole executive committee.

In the most energetic presentation of the day, Esmond talked about a broad array of dangers related to digital devices and social media use, tying those factors to a “battle for the mind” that is harming home worship life—especially for young people. Throughout the rest of the year, the GC Revival and Reformation Committee will be formulating a formal action for the 2022 Annual Council to refocus attention on the need for home and family worship.

Esmond’s presentation coming on the heels of the church promoting its own digital products for children shows the difficult line the church is walking. Esmond attempted to differentiate between beneficial and harmful digital/social media use, of course identifying the church’s own work as the former. For over a decade, he served as editor of Insight Magazine, where he said that his team pioneered some of the church’s first social media projects. But now he is increasingly concerned about social media’s harmful effects.

There certainly is a larger dialog happening in society about what social media is doing to young people. “The huge number of kids using social when they’re so young—it makes me want to cry,” an expert on digital literacy recently told the New York Times. “These social media apps are not designed for children.” However, trying to identify social media and digital device use as the main cause for declines in family worship and church engagement by young people ignores many other potential factors. Are kids simply distracted, or are the church’s messages not connecting with them?

While watching, I thought about something Kaleb Eisele, a content creator and founder of the Humans of Adventism, said last month on Twitter.

Too often the church isn’t actually asking, “How can we connect meaningfully with young people?”

but instead, “How can we get them to conform and be excited about it?”

Yet lack of hard evidence connecting youth disengagement to digital distraction doesn’t preclude opportunities for the church to do beneficial work. One of the most interesting responses to Esmond’s presentation came from Peter Landless, GC Health Ministries director, who spoke about how these issues could form a greater part of the Adventist health message. Landless noted how only about a third of Adventists now report being vegetarian, which raises the question of whether other health topics might be more relevant to people today. “Holistic health, including mental health, falls into the issues related to addictive behavior,” Landless said.

Perhaps the effects of technology on mental health will become a bigger part of the Adventist health message in the future.

German A. Lust, co-director of the GC International Personnel Resources and Services Department (IPRS), presented an action that the GC Mission Board has taken to “refocus church mission resources” over the next 10 years. The IPRS receives the largest single portion of the world church budget, 16.5%, to fund global missionaries, or “international service employees” as they are officially called. The action will mean spending a greater portion of the budget on areas that include “10/40 Window countries and people groups of non-Christian religions,” urban areas, and the amorphous “postmodern/post-Christian countries/regions.” Then a prerecorded video highlighted stories from the glory days of Adventist missionaries in the early 20th century. One interesting stat: the church sent out more international missionaries in 1910 than in 2021. 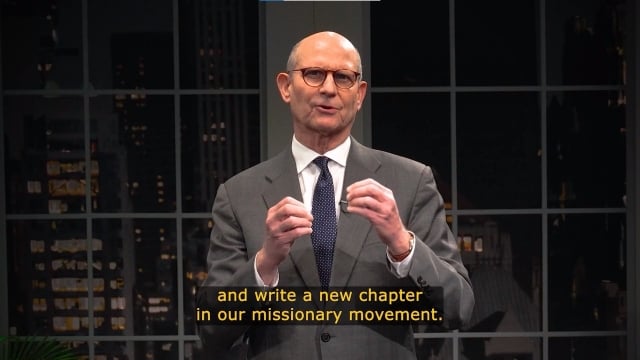 For a different angle on global work, Richard Hart, president of Loma Linda University Health, shared how the university’s Global Health Institute has established global campuses in several countries. Though most world regions have Adventist higher education institutions, because there haven’t been many Adventist medical schools, “most [graduates] now study at secular universities . . . to become doctors, dentists, or other health professionals.” With the global campuses, Loma Linda hopes to help keep local health professionals involved with Adventist efforts. Sites already established or about to open are located in Malawi, Chad, Haiti, Nepal, and China.

The final agenda item that looked like it might provide some timely and important information addressed the GC Session, happening June 6–11 in St. Louis, Missouri. Details about the session have been scant, and although most potential agenda items are usually introduced at the previous Annual Council, this Spring Meeting offered a final chance to address the event on a major stage. But what was shared ended up filling less than 10 minutes and mainly focused on describing the food and hotel options for delegates.

More details might emerge over the next seven weeks, but the GC Session truly does promise to be a “scaled back” version. On the first day of the Spring Meeting, Ted Wilson shared that the GC expects 1,900 to 2,000 of the 2,713 total delegates to be attending in person, with the rest joining virtually. The most interesting expected item looks to be the election of church leaders, including whether Wilson will have another term as president of the General Conference. Beyond evangelism and finances, it appears that talk of opposing women’s ordination and operating compliance committees has quieted. 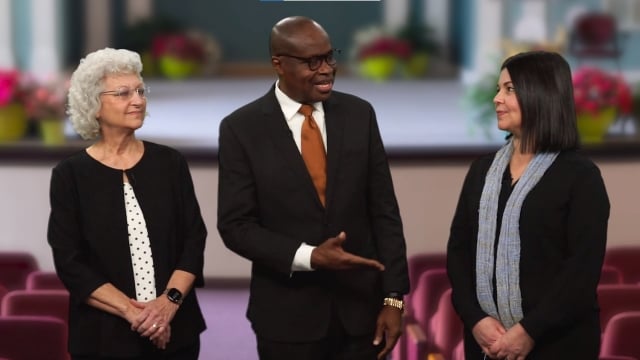 The GC Session managers give a brief update [screenshot]

“You’re going to hear some thrilling reports today,” Wilson said at the start of day two. Yet both days followed a familiar pattern, everything tightly scripted and controlled. There was little discussion or dissension. The only major sign of a technical hitch was when Wilson appeared at a different computer to present an upcoming segment, and later he revealed that his computer had frozen and needed a reboot.

At the close of the meeting, 20 minutes were allocated to a group reading about “The Shaking” from Last Day Events, a 1992 compilation of various Ellen G. White quotes. That half as much time was given to an important topic like the GC Session reveals administrative priorities. The same goes for much of the second day. While there might not be anything wrong with prerecorded reports, gathering over 160 leaders from around the world to spend five hours without any serious decision making or discussion reinforces a sense of centralized conformity.