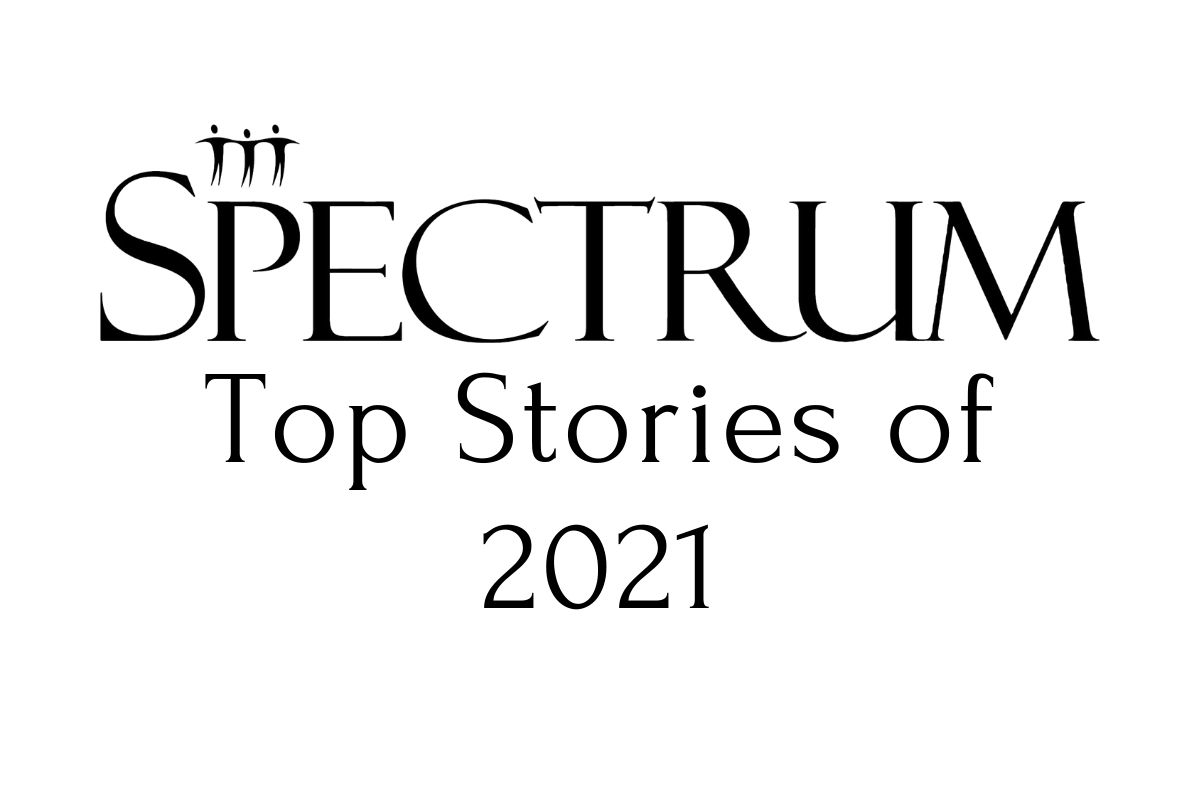 It is jarring to look back at all that has been included in the vast sweep of 2021. As I sit here on New Year's Eve, reading through the entire list of stories that have been published on SpectrumMagazine.org throughout the year, the events from months ago feel so far removed from today. Perhaps the COVID-19 pandemic has bent time for you as well, distorting the contours of the year as time has ebbed and flowed in strange ways for all of us.

As an American, the far reaches of the year's beginning were marked by the events of January 6, an event that—at least in my lifetime—I can only compare to September 11 in the way that it reverberated throughout our society. If you're from a different country, as nearly half of Spectrum's online readers are, this year might also have brought tumult and uncertainty in your home.

Yet the year was not only defined by inauspicious beginnings. The following is a list of the five most-read stories on Spectrum from 2021. Interspersed are other stories that might not have cracked the top five in views but nevertheless stand out, either for covering notable topics or for just simply being excellent in various ways. The list is a mix of stories both difficult and encouraging, much like the year itself has been.

Newbold College of Higher Education has been a landmark Adventist institution for decades, known in its home of the United Kingdom but also throughout the worldwide Adventist community. Recently, it was decided to change the focus of the institution in a move described as "shrinking to grow." Reinder Bruinsma, an experienced leader within the church in Europe and someone personally familiar with Newbold, wrote in-depth about what's been happening to the institution.

Alita Byrd, Spectrum's interviews editor, spoke with Kumar Dixit this summer. Dixit is a longtime Adventist pastor and chaplain who has launched a new ministry that he calls "The Concierge Minister." Byrd's fascinating interview with Dixit about what it means to be a pastor to those who no longer wish to belong to a church, captured Spectrum's audience on Facebook, being one of the most-read stories on that platform.

It's always a pleasure when a denominational titan like William G. Johnsson shares his thoughts and wisdom. Editor of the Adventist Review for nearly a quarter-century, Johnsson shared with Spectrum readers a list of the top seven things he wishes to see from the Adventist Church. For many, Johnsson's call to "embrace the tapestry of Adventism" was particularly notable to hear from someone of his stature, saying that he wishes the tapestry to include all races, genders, social standings, and sexual orientations.

"An Open Letter to My Church from the Mother of a Transgender Child" by Maya K. Olivetti. October 18, 2021.

There were a number of stories this year that touched on different aspects of the Adventist experience for LGBTQ church members. In a multi-part series originally published in the Spectrum print journal, Adventist sociologist Ronald Lawson gave a detailed account of how LGBTQ individuals have been involved with and treated by the Adventist Church over time. Undoubtedly the foremost expert on this topic, the series should be essential reading for every church member.

This fall, I wrote about the sudden disintegration a popular Adventist podcast funded by the North American Division, "Advent Next". Host Kendra Arsenault was fired after hosting conversations that broached affirming theology and then came out as bisexual herself. The show's demise was painful both for Arsenault and the audience she had developed.

And of course, it's difficult to talk about the year without thinking of the sermon given by GC President Ted Wilson at the Annual Council meetings, in which he said that “adultery, fornication, and LGBTQIA+ are in direct opposition to God’s law and heavenly plan.” Following that message, the mother of a transgender child, writing under a pseudonym, penned an open letter to her local church about why they had to leave in order to protect her child. Her words cut to the bone, and I haven't been able to forget them ever since.

It's not surprising to me that this story about Pastor Carlton Byrd I covered in May would make this list—not because of anything I did but simply because Byrd is a force within Adventism. After a number of years as lead pastor of the Oakwood University Church and speaker/director of Breath of Life Ministries, Byrd decided in 2021 to leave those roles for an administrative position. Now he is a conference president, but in the wake of his departure, some in the Oakwood community think that he will one day be back. If Byrd desires, it seems he is well on his way to further denominational leadership.

Spectrum's Editor Elect Alexander Carpenter was on the scene for the Pacific Union's once-every-five-years constituency meeting. One of the biggest unions in the North American Division, it is important both for its size and for being a bellwether for progressive church policies. With his signature incisive voice, Carpenter reported on the meetings, giving a feel for what it was like in the room.

There are some stories that one wishes to never be required to focus on. In November, I reported on the story of Burnett L. Robinson, then a pastor in New York, who said from the pulpit that “the best person to rape is your wife.” Once publicized on social media, the shocking remarks and ensuing firestorm quickly moved beyond just Adventist circles to be covered by national media. Issues within the church often take time to resolve, but Robinson was forced out of his local conference with notable speed. In this story, however, I examine how court records and prior statements raised further concerns about his conduct from the past. The entire course of events is a story without any clear winners, and the interplay between necessary justice and the opportunity for redemption will continue to be debated by church members—and society at large.

Here are two writers who represent some of the best of writing within Adventism. Olive Hemmings, professor of religion at Washington Adventist University, always communicates with the highest moral clarity, whether giving a sermon, writing in essay form, or here, in a poem that deserves to be savored.

And on a topic I wish we talked about more, Sari Fordham argues that Adventists should care more about the environment. "My prayer for 2021 is that the Adventist Church will become an advocate for nature, showing through our environmental stewardship how much we honor God’s creative spirit," she writes. Fordham is a professor of creative writing at La Sierra University and author of the 2021 book Wait for God to Notice—one should take any opportunity to read her writing.

With how the COVID-19 pandemic has pervaded every aspect of our lives, perhaps it's not surprising that the most read article on Spectrum would be Richard H. Hart's thoughts concerning vaccine mandates. The president of Loma Linda University Health, Hart is also a medical doctor with decades of experience working in public health. "My hope and prayer is that logic and understanding will prevail," Hart says in closing.

2021 has also brought transition within the Spectrum team. In May, Managing Editor Alisa Williams departed to pursue new opportunities. Her skilled editing and passion for promoting justice through the organization's work always shone through, seen in this examination of the backlash to a women's convention that featured all-male speakers.

And the end of the year also means that Bonnie Dwyer, longtime editor of the Spectrum journal and head of the organization, is retiring. A mentor to many and the author of countless iconic stories over the years, this editorial from the print journal discusses the pursuit of good conversations. Perhaps more than anything else, she will be remembered for that pursuit.

If you've contributed any of the two million page views on Spectrum this year or been one of the 700,000 visitors, thank you. Exciting things are in store for 2022, and we wish you a happy New Year!