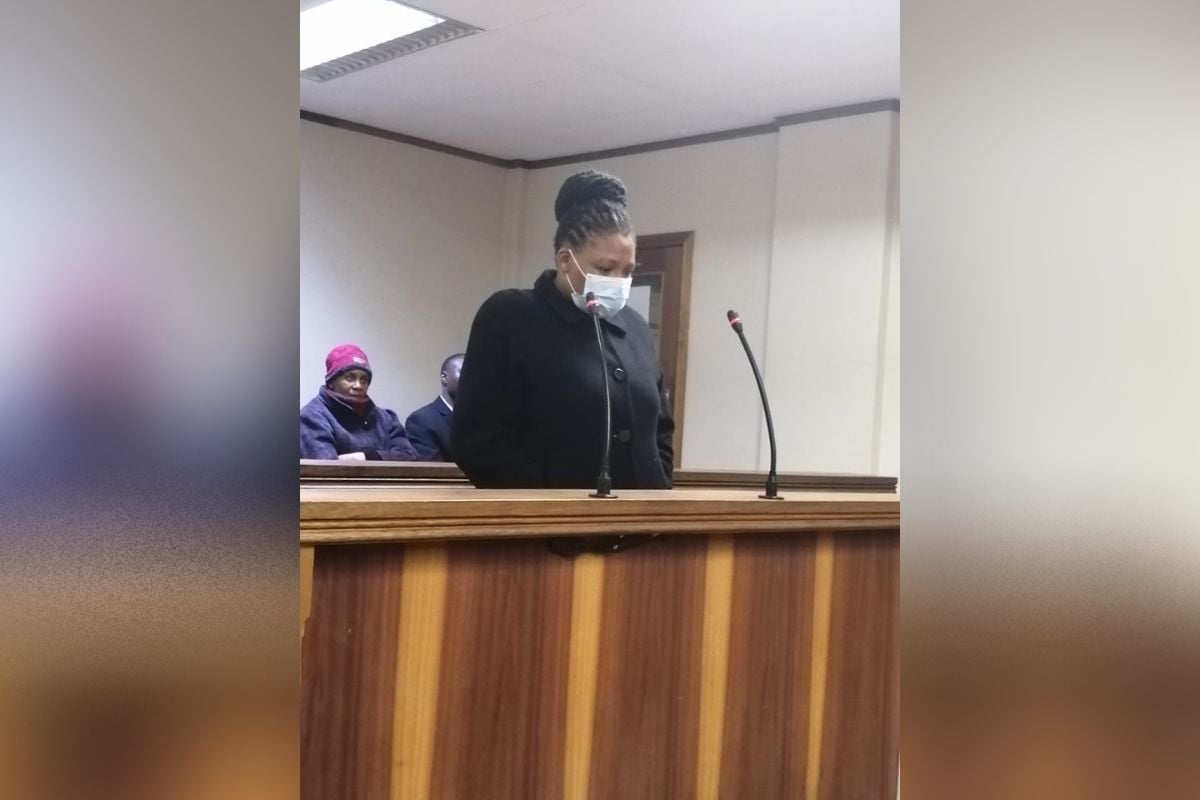 Lady Memory Mutsika, former church treasurer of the Pretoria City Seventh-day Adventist Church in South Africa, was sentenced to three years in prison for theft. She was convicted of stealing church tithes and offerings and depositing the money to her personal bank account, according to a report by Ernest Mabuza for TimesLIVE.

“During a period of four years from 2012 to 2015, Mutsika transferred more than R800,000 [$46,000] of the money received from the tithe and offerings to her bank account and for her personal use,” National Prosecuting Authority spokesperson Lumka Mahanjana said.

In court, Mutsika pleaded guilty to the charges and asked for a non-custodial sentence to pay the church back the money over five years.

“However, the state argued that Mutsika always indicated her willingness to pay back the money and has not paid back a single cent since March 2022, after she was convicted. The magistrate agreed with the state and said Mutsika showed no remorse,” Mahanjana said.

—From TimesLIVE, “Treasurer of the Seventh-Day Adventist Jailed for Three Years after Stealing R800,000 from Church Coffers”

Evangelist Michael Orienje of Rae Seventh-day Adventist church in Homa Bay, Kenya, "has sent tongues wagging over his odd taste in music and the strange manner he uses to win souls to Christ." James Omoro, writing in The Standard, says that while other pastors reject  "secular music and the rot it brings to the souls of men, [Orienje] uses it to preach the word.”

Orienje uses the songs of many Luo benga musicians in his teachings. Interestingly, his odd way of preaching has won him, and Christ, many hearts both in church and online.

The pastor says he made a decision to mix “water with wine” while leading a prayer service in Rae SDA Church three years ago.

“There are men who marry and abandon their wives. Instead, they elope with their lovers elsewhere but doing so is wrong before God. What Princess Julie sang is in line with what is written in the Bible,” Orienje says.

Orienje uses the songs of many Luo benga musicians in his teachings. Interestingly, his odd way of preaching has won him, and Christ, many hearts both in church and online.

The Pastor says he made a decision to mix “water with wine” while leading a prayer service in Rae SDA church three years ago.

"I realised that some congregants were bored and dozing. This made me think of coming up with a new method which could make my audience attentive," he says, adding that the method works. “One of my achievements is that congregants always pay 100 per cent attention when I preach using the secular songs,” he says.

An elder at the church reports that  Orienje’s methods have been effective and that “a number of couples have been united by Orienje through his innovative preaching styles.”

—From The Standard, “Clergyman Uses Worldly Music to Take More Souls to Heaven”

A Male Adventist A Cappella Group from Uganda Draws Acclaim

Music writer J-P Mauro says that Jehova Shalom A Cappella's version of “Have a Little Talk With Jesus” "was too good to ignore” with its "resplendent arrangement."

"The singers are pitch-perfect to a point that we initially thought they were auto-tuned. Sporting extremely tight harmonies, the singers are so in touch with each other that the lyrics are as clear as if just one of them was singing. The group strikes a sweet balance between church choir and barbershop sextet, with a natural charm beaming from their animated expressions.

"Their range is also remarkable, as two members hit unbelievably low notes at times. It is amusing to watch the interactions between the pair, who seem to be competing with each other to some extent. On the first time around, the low notes go to the singer in the lower middle, but in the second verse this line is taken over by the singer on the lower right. When the first hears the low note of the second he gives a look, but once the second bass hits the lowest note of the tune, the first responds like it just hit him in the back of the head."

—From Aleteia, “Ugandan a Cappella Group Gives Pentatonix a Run for Their Money”

The Rotorua Seventh-day Adventist School in New Zealand is petitioning the Rotorua Lakes Council to deny the use of a nearby motel as an emergency accommodation for the homeless, reports New Zealand news outlet Stuff.  "Dozens of incidents of vandalism, drug taking, damage, verbal and physical abuse and fights has forced a Rotorua school . . . to spend almost $100,000 on security measures,” the report says.

"Recently the school has been adversely affected by the behaviors of tenants seen to be from the emergency housing motels in the area directly surrounding our school,” a submission to the council says, as quoted by Stuff. “There have been multiple incidents of damage on the school property and staff and students have been subjected to significant hazards, threats and verbal abuse.”

School principal Lanea​ Strickland said they opposed the application from the Ministry of Housing and Urban Development for the continued use of the Emerald Spa to house a maximum of 93 tenants, including children.

“The Rotorua Seventh Day Adventist School Board believes the motels for contracted emergency housing within our geographical location presents as an imminent and ongoing risk to the health and safety of students and staff,” she said.

David Hill, chairman of the resource consent hearing tasked with deciding whether a number of emergency accommodation motels can continue operating for another five years, said a decision would be made before Christmas.