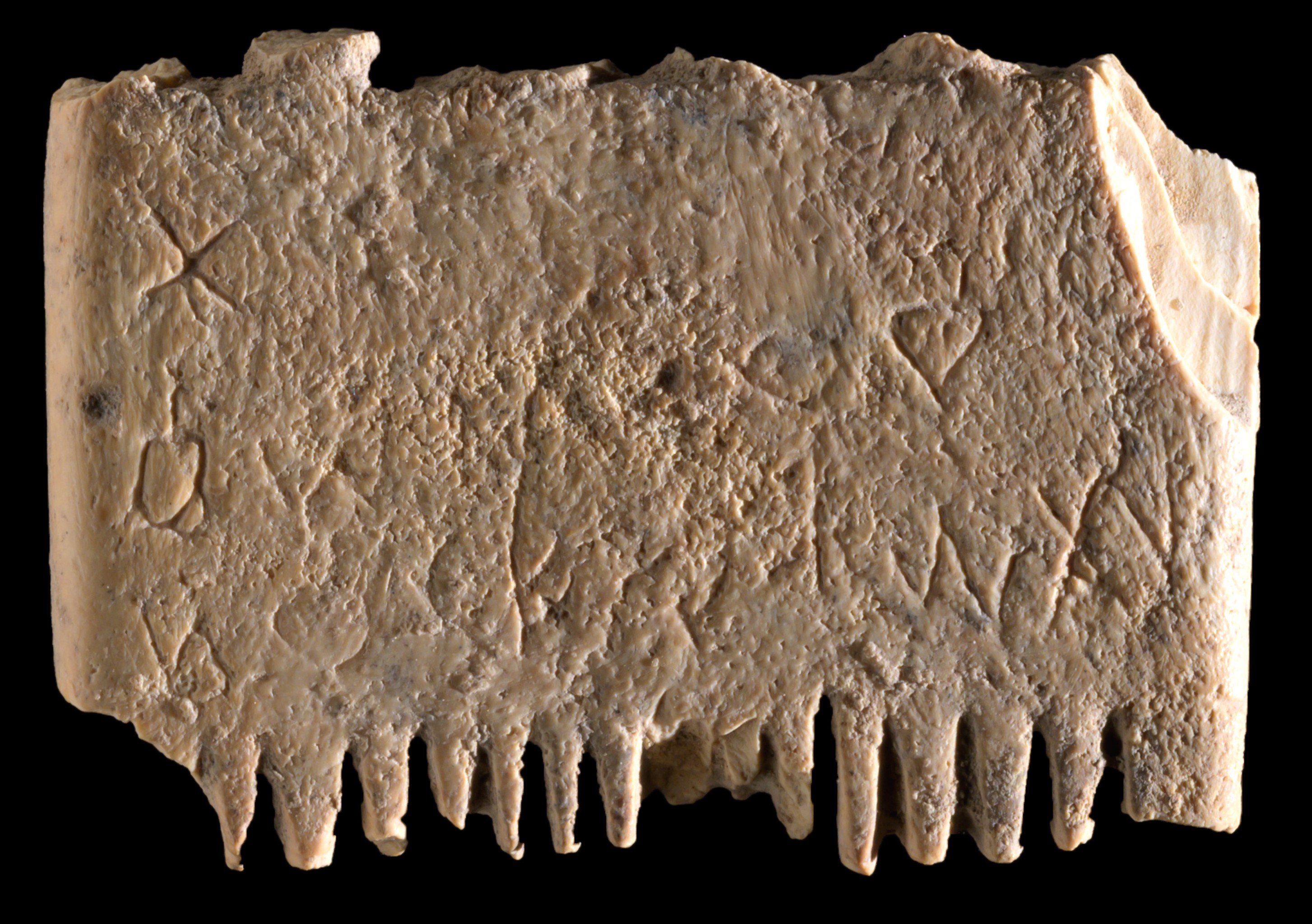 An archaeology team of students and employees from Southern Adventist University and the Hebrew University of Jerusalem uncovered a hair comb with linguistic significance. Discovered at Tel Lachish in Israel during a 2016 excavation, the comb features the first known complete, alphabetic sentence ever discovered. It was written in the Canaanite language, which is the predecessor to all modern alphabets.

The alphabet was invented around 1800 BC and was used by the Canaanites and later by most other languages in the world. Until recently, no meaningful Canaanite inscriptions had been discovered, save only two or three words here and there. Now an amazing discovery presents an entire sentence in alphabetic Canaanite, dating to about 1700 BC. It is engraved on a small ivory comb and includes a wish against lice.

“The find cannot be overestimated. The invention of the alphabet was the most important contribution to communication in the last four millennia,” said Michael G. Hasel, PhD, professor of archaeology at Southern Adventist University and co-director of the Lachish excavations with Professor Martin G. Kilingbeil, DLitt, and Hebrew University of Jerusalem professor Yosef Garfinkel, PhD. “Before this time, complicated systems of writing in Egypt and Mesopotamia limited literacy. Today most of the world constructs sentences using the alphabet found on this comb from 3,700 years ago. Here we have the first verbal sentence using the alphabet ever found.”

The ivory comb is small, measuring roughly 3.5 by 2.5 cm, with teeth on both sides. Although their bases are still visible, the comb teeth themselves were broken in antiquity. The central part of the comb is somewhat eroded, possibly by the pressure of fingers holding the comb during haircare or removal of lice. The side of the comb with six thick teeth was used to untangle knots in the hair, while the other side, with 14 fine teeth, was used to remove lice and their eggs, much like the modern-day, two-sided lice combs sold in stores.

“When we found the comb on the first day of excavation in 2016 the inscription was not seen due to the encrustation of dirt,” said Katherine Helser, a 2019 graduate of Southern Adventist University, in whose area the find was made. 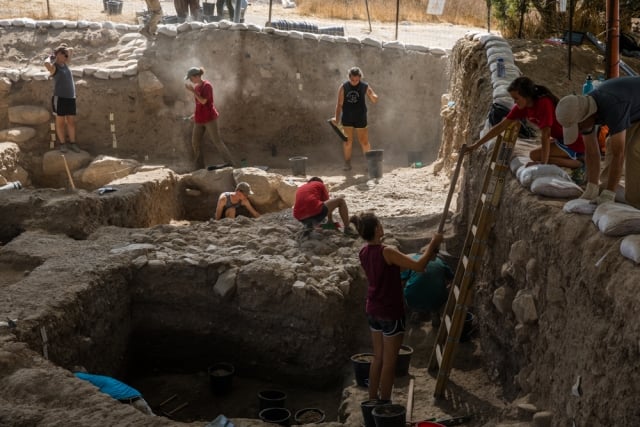 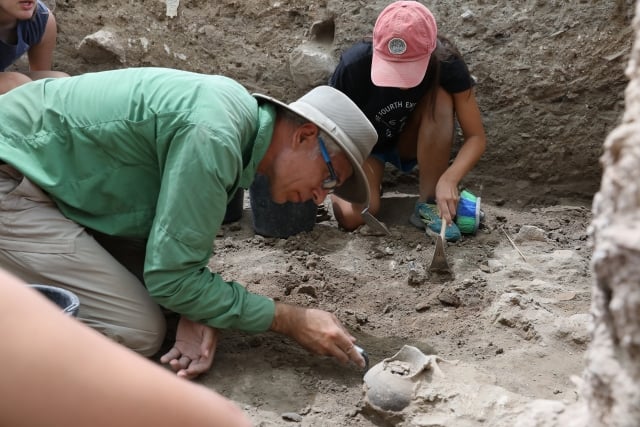 Ancient combs were made from wood, bone, or ivory. Ivory was a very expensive material and likely an imported luxury object. As there were no elephants in Canaan during that time period, the comb likely came from nearby Egypt—factors indicating that even people of high social status suffered from lice.

Partners from the Hebrew University of Jerusalem analyzed the comb itself for the presence of lice under a microscope and photographs were taken of both sides. Remains of head lice, 0.5–0.6 mm in size, were found on the second tooth. The climatic conditions of Lachish, however, did not allow preservation of whole head lice but only those of the outer chitin membrane of the nymph stage head louse.

The discovery of writing on the comb was only made in 2022 as Dr. Madeleine Mumcuoglu was photographing the object under certain light. The inscription was deciphered by Semitic epigraphist Dr. Daniel Vainstub at Ben Gurion University. The findings by the joint expedition between the Hebrew University and Southern Adventist University were published in the Jerusalem Journal of Archaeology.

There are 17 Canaanite letters on the comb. They are archaic in form—from the first stage of the invention of the alphabet script. They form seven words in Canaanite, reading: “May this tusk root out the lice of the hair and the beard.” 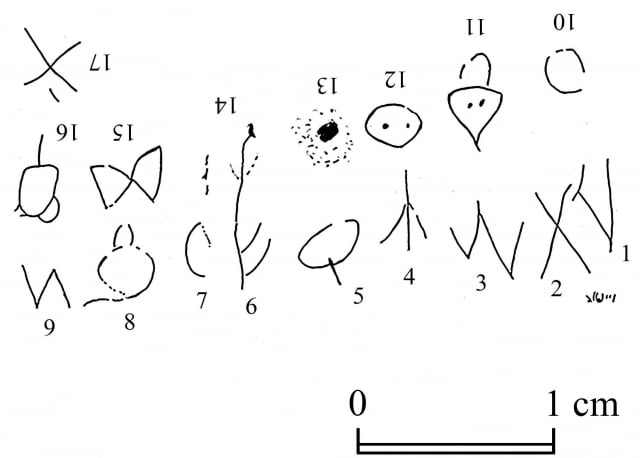 Despite its small size, the inscription on the comb from Lachish has very special features, some of which are unique and fill in knowledge gaps of many aspects of the culture of Canaan in the Bronze Age. For the first time, researchers have an entire verbal sentence written in the dialect spoken by the Canaanite inhabitants of Lachish, enabling them to compare this language in all its aspects with the other sources for it.

Second, the inscription on the comb sheds light on some previously poorly attested aspects of the everyday life of the time, haircare, and dealing with lice.

Third, this is the first discovery in the region of an inscription referring to the purpose of the object on which it was written, as opposed to dedicatory or ownership inscriptions on objects.

Finally, the engraver’s skill in successfully executing such tiny letters (1–3 mm wide) is a fact that from now on should be taken into account in any attempt to summarize and draw conclusions on literacy in Canaan in the Bronze Age.

The Canaanite alphabet is the same used in the written Hebrew of the first books of the Bible. The comb inscription dates the alphabet before the biblical writers existed and confirms that the alphabetic script was in everyday use in cities that were later occupied by the Israelites.

Lachish was a major Canaanite city state in the second millennium BC and the second most important city in the Biblical Kingdom of Judah. On January 30, 2023, Southern Adventist University will open a major exhibition in its Lynn H. Wood Archaeological Museum titled “Peace and War: The Assyrian Conquest of Lachish,” which will highlight important discoveries from the 2013-2017 excavations they sponsored at Lachish. 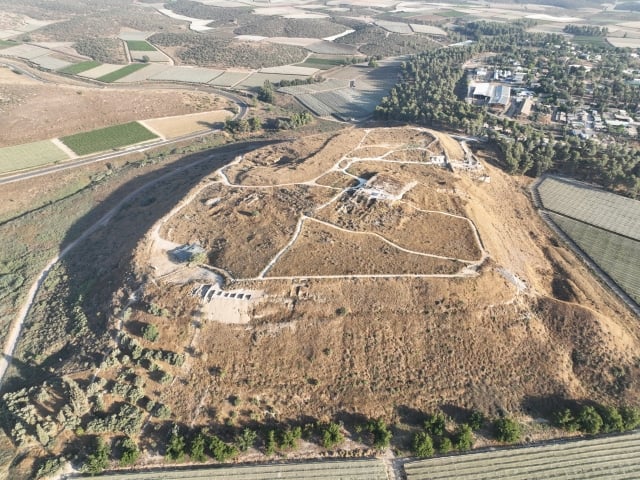 This press release was provided by Southern Adventist University

For more on this story, see “An Ancient People’s Oldest Message: Get Rid of Beard Lice” by the New York Times (November 9, 2022).