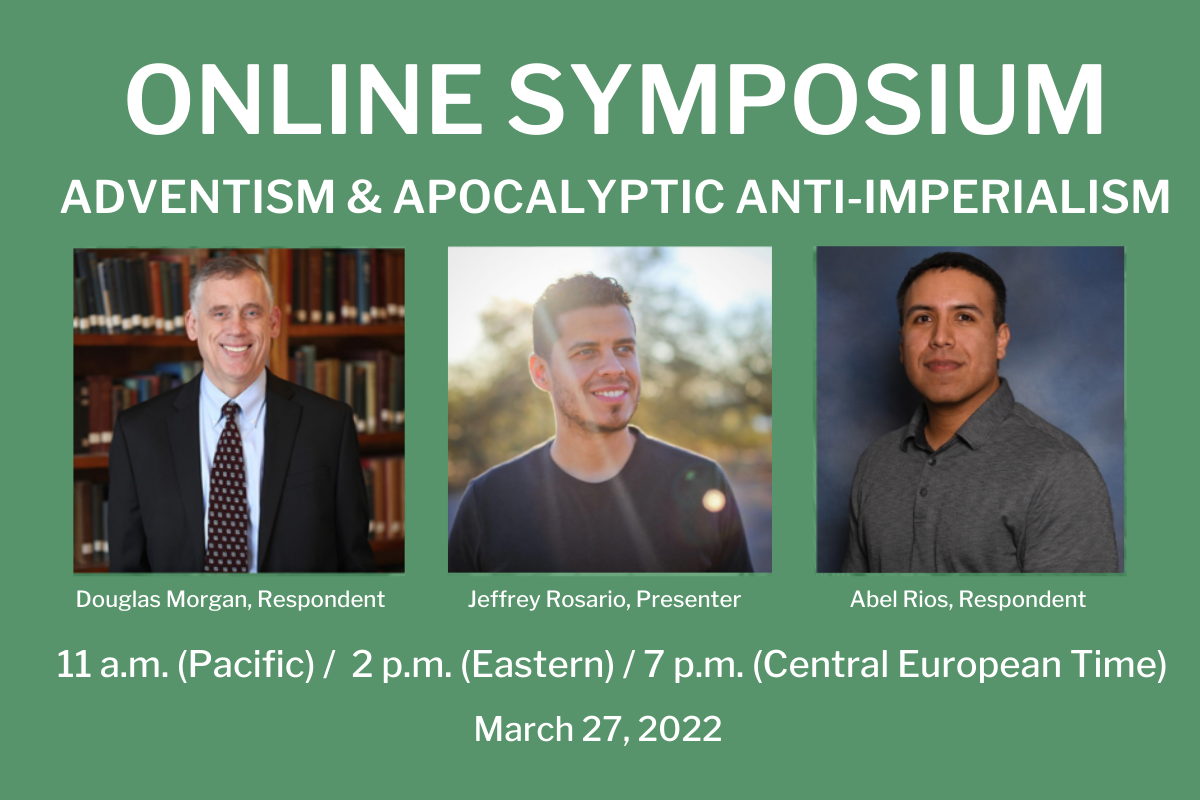 Attend this online symposium on Sunday, March 27, with Jeffrey Rosario, during which he will share new research from his PhD dissertation entitled “Seventh-day Adventism and Apocalyptic Political Dissent, 1898-1919” that he recently submitted at the University of Cambridge. Rosario will give a presentation based upon his article “Protestant Anti-Imperialism and the Vindication of the Boxer Rebellion, 1899-1901”, which was published by Oxford University Press in the journal Diplomatic History in December 2021.

In his article—the first article about Adventism in the 40+ history of Diplomatic History—Rosario sheds light on the overlooked witness of dissenting Protestants who rejected Christian nationalism and advocated for human rights, religious liberty, and social and racial equity. This case study of Seventh-day Adventist dissent against US foreign policy in China reveals a compelling example of the role religious actors played in articulating anti-imperialist views at the turn of the twentieth century. Adventists discerned the reality that imperialism manifested itself in various ways, such as colonialism without colonies. Both in the economic aspect of free-trade imperialism and the robust missionary campaign that facilitated Western intrusion in China, Adventists identified a national apostasy in the United States’ violation of its lofty principles of civil and religious liberty. Consequently, they took the controversial position of seeking to vindicate the Chinese during the Boxer Rebellion of 1899-1901. From their anti-slavery writings in the antebellum period to their condemnation of US annexation of the Philippines, Adventists viewed their own government’s abuse of power as not simply a political matter but also as an issue that lay within the scope of religiously informed critique. “Of all people in the world,” declared one Adventist leader, Christians should be “the most respectful” of human rights and “the most vigilant and tenacious in regarding those rights.”

Presenter Jeffrey Rosario is Assistant Professor of Religion at Loma Linda University in California. He is from Miami, Florida, where his family settled after immigrating from the Dominican Republic. Currently, he is completing a PhD in History from the University of Cambridge where his research focuses on religion’s complex role in shaping and influencing the trajectory of society and politics. Before his training at Cambridge, Jeffrey earned his Master of Arts in Religion from Yale University with a concentration in the history of Christianity. He has taught courses and seminars on religion for over fifteen years at college campuses, conferences, and churches throughout five continents. His ministry experience includes serving as pastor, evangelist, discipleship trainer, and instructor for Light Bearers ministry. His writing has been published in academic journals like Diplomatic History (Oxford University Press) and Jonathan Edwards Studies (Yale University), the Oxford Handbook of Seventh-day Adventism, as well as the Washington Post. He has presented his research at several academic conferences, including the American Society of Church History (ASCH), American Academy of Religion (AAR), Historians of the Twentieth-Century United States (HOTCUS), and the Association of Seventh-day Adventist Historians (ASDAH). Jeffrey is married to Marianna, who is completing a Doctorate in Nursing Practice with a specialization in anesthesia.

Respondent Abel Rios teaches history at South Plains College and is a PhD candidate at Texas Tech University. He specializes in the social, political, and racial history of American religion, with an emphasis on Latina/o history. His dissertation focuses on the intersection of Mexican American identity, religion, and nationalism during the twentieth century. He has published scholarly works on the study of American religion, nationalism, and peace history. The most recent are “Seventh-day Adventists and the Vietnam War,” in the Encyclopedia of Seventh-day Adventists (Review and Herald, 2020) and “Apocalyptic Dissenters: Seventh-day Adventists and Peace Activism in the Nineteenth Century” in The Routledge History of World Peace since 1750 (Routledge, 2018). Other writings were published in Aztlán: A Journal of Chicano Studies, Western Historical Quarterly, and the Religious Studies Review.

Respondent Douglas Morgan holds a PhD in the History of Christianity from the University of Chicago. Prior to joining the faculty of Washington Adventist University (WAU) in 1994, Dr. Morgan edited the Collegiate Sabbath School Quarterly for the North American Division of the Seventh-day Adventist church (1982-1986) and taught in the History Department at Southern Adventist University (1989-1991). At WAU, he served as chair of the History and Political Studies department from 1996 to 2004, and teaches courses in United States history, history of Christianity, and Adventist history. His publications include Adventism and the American Republic (University of Tennessee Press, 2001), Lewis C. Sheafe: Apostle to Black America (Review and Herald, 2010), and a chapter in the multi-authored volume Ellen Harmon White: American Prophet (Oxford University Press, 2014). His most recent publication is Change Agents: The Lay Movement that Challenged the System and Turned Adventism Toward Racial Justice (2020).
Current projects include a history of the Ephesus/Dupont Park Seventh-day Adventist church in Washington, D.C., with emphasis on its pioneering role in denominational race relations. 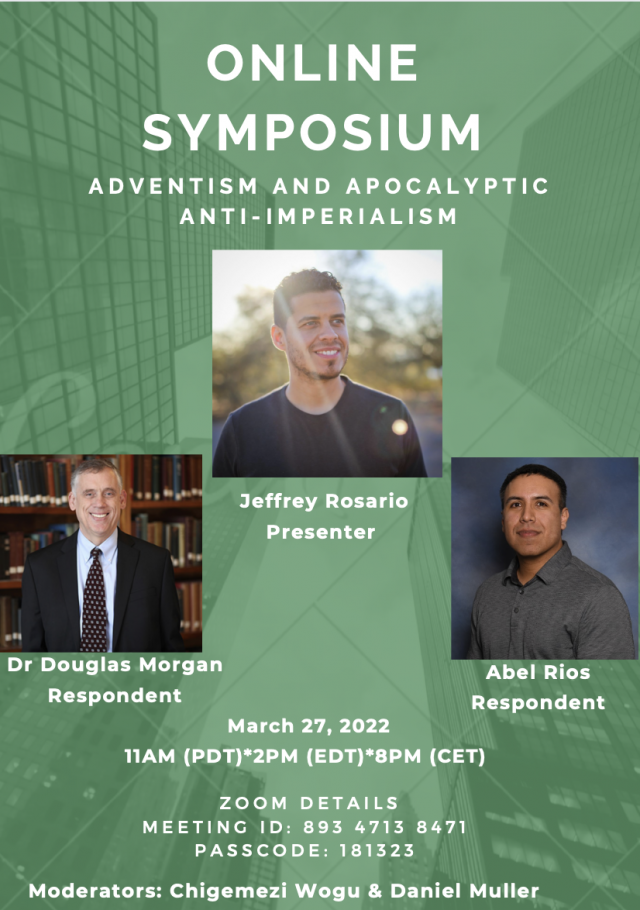