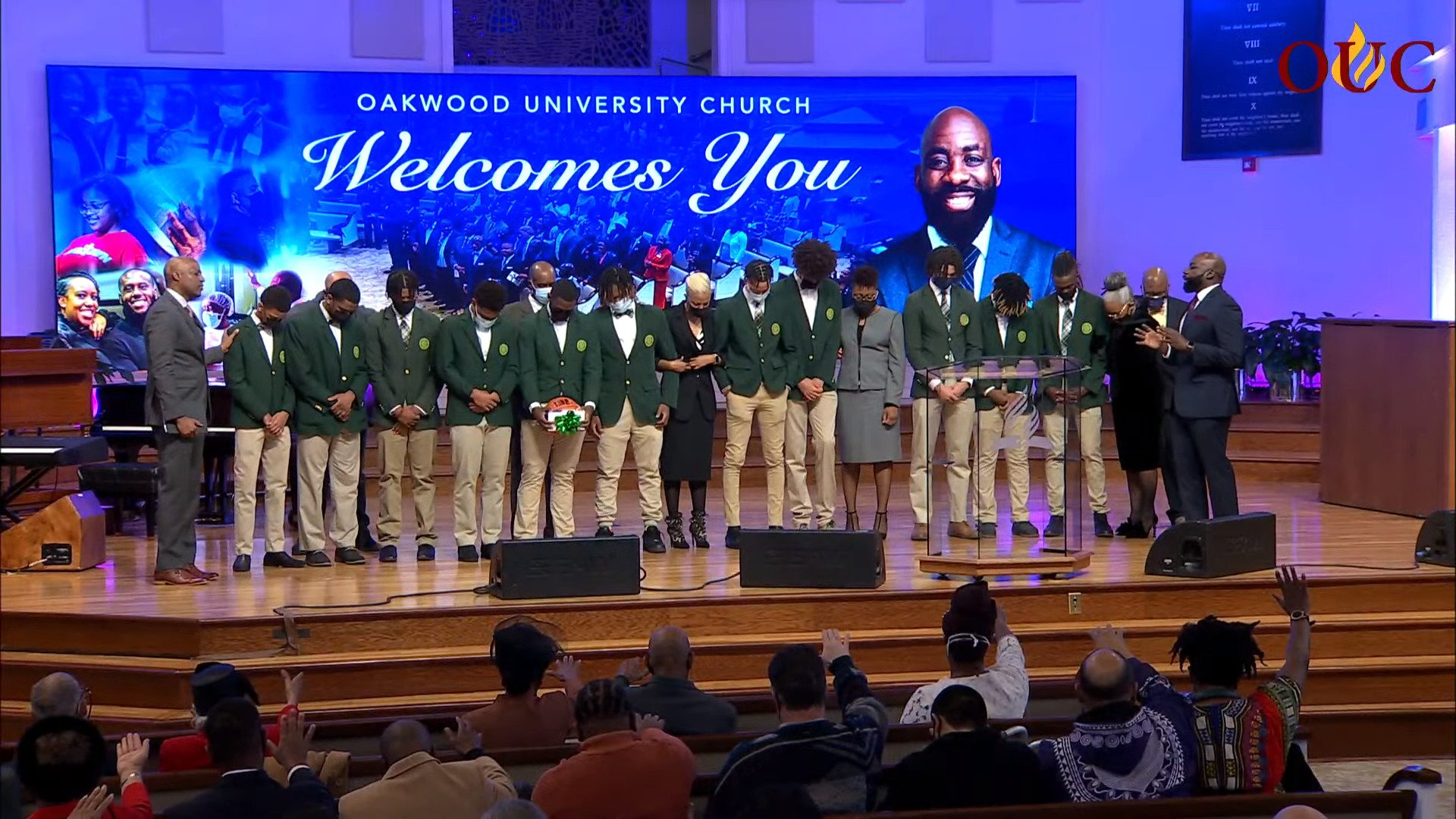 Oakwood Adventist Academy's basketball team, the Mustangs, in Huntsville, Alabama, has been granted exemption from playing games on Sabbath. The exemption came as a result of a federal lawsuit. The Alabama High School Athletic Association has modified its rules, which will allow the team to play on alternative days in the 2023–24 school year.

Becket Law, which represented Oakwood in its litigation against the AHSAA over the earlier religious exemption denial, announced the update on its website.

“Consistent with the National Collegiate Athletic Association’s rule for religious accommodations, the new rule will guarantee that schools from minority faith traditions are not excluded from the playing field or pressured to abandon their beliefs for a shot at the big game,” the announcement said.

“The First Amendment requires workable accommodations in state sports to allow participants of all faiths to compete on an equal basis.”

In February, the boys team forfeited a game after officials denied a request to play outside of Sabbath hours.

The governor of Alabama, Kay Ivey, has supported the team’s efforts to gain religious accommodation. “Today’s vote by the Alabama High School Athletic Association is absolutely a win for religious liberty, and no doubt, is a testament to the Oakwood boys and their convictions,” Ivey said in a statement after the ruling.

The Kenyan Seventh-day Adventist Bridal Choir of the Seventh-day Adventist Church has been criticized for "dancing" as seen in a recent video, according to a story by Brian Ajon for TUKO.co.ke. The choir cited Psalms 149:3 in defense of their performance, which says: "Praise his name with dancing: play drums and harps in praise of him."

As the story describes:

Performing one of their viral songs Salama, the choir, dressed in crisp and well-pressed checked dresses for women and checked half coats for men, put their best feet forward and it was lovely.

Aligned in four columns, the singing group was guided by two energetic men with athletic bodies who provided the right tempo and rhythm for the match.

The video sparked reaction as a section of staunch SDA members criticised their matching style, terming it ungodly.

The article asserts that the Adventist Church in Kenya “is divided on if such moves are Godly or not,” with cultural divides coming into play. “Most English-speaking or urban SDA churches frown at such moves, describing them as satanic or secular. On the other hand, such moves are popular in Kiswahili-speaking and rural SDA churches.”

Despite the criticism, the choir said on social media that they will continue with their ministry. “Soul winning is what we care about; but not the devil's failed attempt trying to use some people to dismiss our service to the Lord!!” the group wrote.

Recently, Plaisance Seventh-day Adventist Church members received "a complete shadehouse set along with a number of agriculture tools to assist the church with developing their agriculture program from the Guyana Agriculture Minister Zulfikar Mustapha," according to a Ministry of Agriculture press release.

According to News Room Guyana:

Mustapha met with some of the church’s leadership, who reached out to the ministry for assistance with developing their agriculture program.  During the meeting, Mustapha told the members that he was elated to know that organizations were taking the initiative to get involved in agriculture. He further stated that when religious and other private and public organizations get involved in agriculture, Guyana will be able to play its part in ensuring regional food security.

“These are exciting times for the sector because we can see that it is moving apace and developing rapidly. These efforts are needed if we are to achieve food and nutrition security as a country and as a region. When I met with the group last Sunday, I made a commitment to assist them with some tools to develop their farm and start their crop production. I hope that other groups can see this and take the initiative to develop similar programmes,” a press release from the Minister of Agriculture quoted him as saying.

While expressing thanks for the timely donation, Alison Wilson-Hetsberger, one of the church’s directors, assured the minister that the items will be put to good use.

The minister also encouraged the membership to include the youth arm of the church in the project. "When we think about agriculture, we see it as a labor-intensive job for older folks. Now, with the technological advances in the sector, younger people are expressing an interest and coming on board. Here is your opportunity to integrate your youth groups into the project so that they too can understand the importance of agriculture to our country’s and the region’s development and growth," he said.