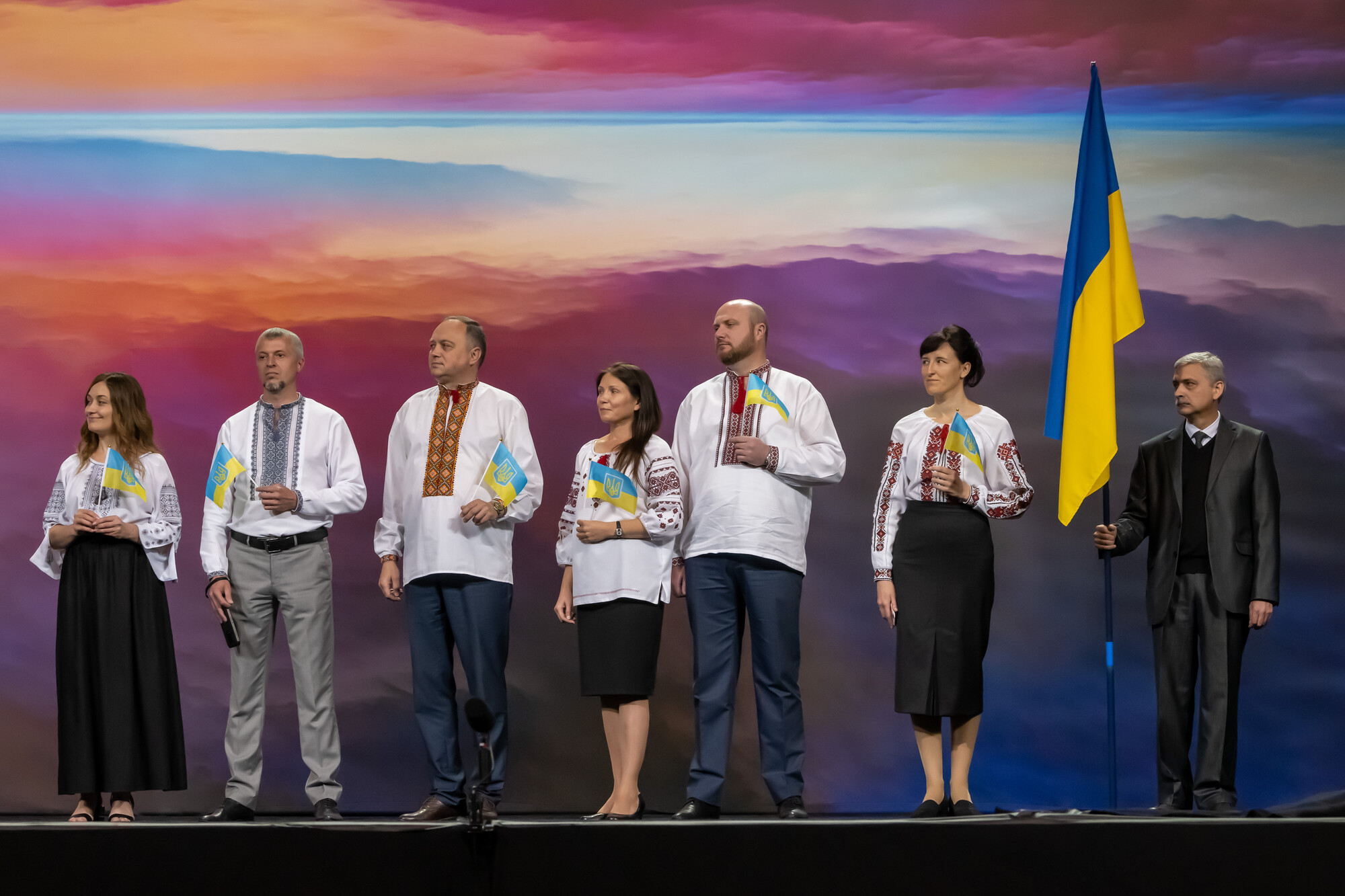 “We are very grateful to all of you who support us in such a difficult time,” Nosov said. “We are grateful to the world church, church units, those who are near us, and those who are far away. All of you have used extraordinary resources to help all people in need who are now in Ukraine and abroad. Many thanks for every prayer that has been said to God. We have felt this prayer support, and we continue to feel it at every step. Thanks to all the pastors [and] workers who have stayed in Ukraine, [giving] daily help to all who need it.”

According to the video report, the union conference lost seven church members to the war. Additionally, 25 members are currently wounded and 19 members are missing.

Out of 751 church buildings, 10 were damaged or destroyed. More than 200 church members lost their homes, and about 14,400 Adventists relocated to other regions in Ukraine. Out of the 41,159 total membership, nearly 10,000 Adventists left the country as refugees.

Twenty-nine evangelistic programs have been held during the war, which were attended by more than 2,000 people. According to the report, 103 people were baptized into the church, with baptisms taking place nearly every week.

“For each of us, God has a plan to proclaim God’s message of his love and soon coming,” Nosov said in the video. “Even today, the Lord calls each of us, saving our lives to save others and be his servants.”

The 2022 General Conference Session continues on Saturday, June 11, the last day of the session.