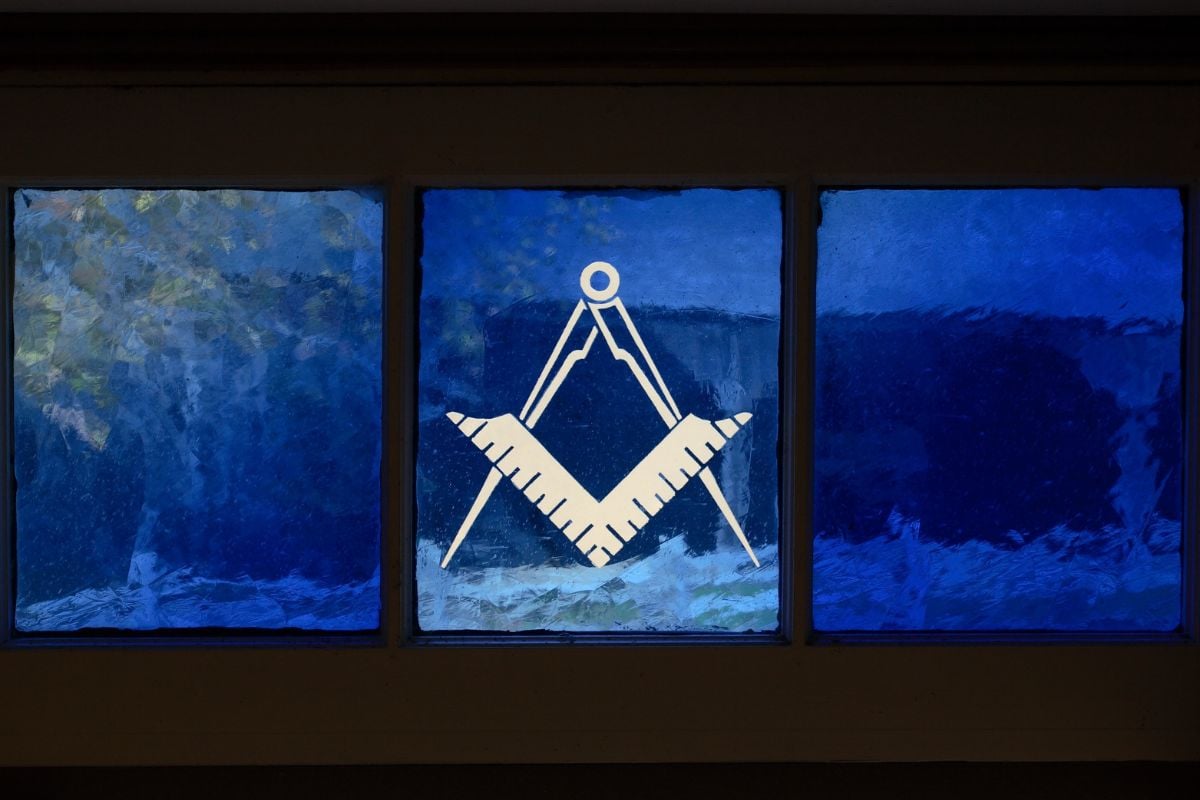 A study published in 2021 by Lifeway Research—which was based on a telephone survey of 1,007 Protestant pastors in the United States—revealed that 49% of the pastors stated that they frequently heard members of their local church discuss conspiracy theories. With the rise of digital communication and the excessive consumption of social media to the extent that it would subject human behavior to the logic of a media life, the tendency of generalized sharing of conspiracy theories within churches has become more prominent and worrisome for the social role of the church as an institution, as well as for the meaning of the Christian religion in contemporary society. The massive “Internetization” of conspiracy theories keeps aggregating negative stereotypes that impact the credibility of religious institutions and culture, going so far as to question their own authenticity. Seventh-day Adventism is not immune to these theories and, therefore, is no exception to this trend, which is also the expression of a range of pathologies of mediatized communication.

Today, some of the “historical” conspiracy theories circulating in Adventism are being revived on social media and continue to impact the portrayals of Seventh-day Adventist Christians to the extent that they are branded as sectarians. The most compelling (and at the same time, the most popular) are the Masonic conspiracy theories, which neither Adventism nor the secular world escape, as they transcend religious borders. In short, these theories consider Freemasonry as a source of anti-Christian and anti-religious operations found at the origin of those occult political, economic, and societal designs that most often aim at the establishment of a new world order. Freemasonry symbolizes evil and embodies Satan. In the Adventist imaginary,1 these conspiratorial stories rely in particular on the infiltration of the church by the Freemasons and the Illuminati, with the objective of destroying Christian civilization. Like any conspiracy theory that builds on truth and deceit, this story is legitimized by a bias consisting of a cognitive and affective diversion of a historical fact: the close foundational links of the Adventist movement with Freemasonry, links that will inevitably mark (in several ways) the history of the denomination.

It is in this context that the call for scientific expertise becomes a necessity in order to confront these stories with the facts that they claim to explain and/or denounce. By using data from scientific research, I propose a summary fact-checking2 exercise based on the results of a well-documented study carried out by Stefan Bratosin, professor of communication sciences at the University Paul Valéry Montpellier 3 in France.

In 2020, Bratosin published a research article in the academic journal Religions titled “Mediatization of Beliefs: The Adventism from ‘Morning Star’ to the Public Sphere.” The article is focused on the main thesis that Adventism was built not as a dissident theological movement or as a dislocated section of a religion but as a humanist current of deist thought—originally initiated in the Morning Star Lodge of Poultney, Vermont,3 by William Miller. Adventism further developed through the radicalization of civil religion, the patrimonialization of progressive populism from the millennial imaginary, and the publicization of prophetic secrecy. The rise of communication means and the development of the power of written mass media had facilitated, at the time, the presence of Adventism in the public space, via the relegation of Adventist beliefs from the Morning Star Lodge to the American public sphere by publicizing the prophetic secret that inspires Adventism.

Its Masonic origins, attested by historical facts reported in Bratosin’s study, show that “the Adventist beliefs fit into the general landscape of civil religious beliefs, symbols, and rituals that were involved in the political process of the United States, during the late 18th century, and early 19th century. Specifically, the beliefs represent an original and sufficiently complex social product resulting from the process of cultural and political construction of the American civil religion of the time,” and from William Miller, “longtime Mason and onetime Grand Master.” Adventist beliefs resulted from the publicity of the prophetic secret carried by “a doxa which invested the media by the rhetoric of the secrecy since 1830 when ‘a group of men, decided to take the concept of the Masonic order and make a semi-public Church out of it’ (Summers, 2016, p. xxx).”

The documents in Bratosin’s analysis effectively demonstrate the existence of a historical relationship between Seventh-day Adventism and American Freemasonry—a relationship that contributed not only to the doctrinal orientations of Adventism but also to its structural shaping. This does not mean that it is a question of infiltration or other conspiratorial occult design, which would ultimately aim at any destruction of the Christian religion and those who have faith in the Bible and Christ. On the contrary—as Bratosin demonstrates with compelling arguments and scholarly evidence—it is a question of a changing American historical context that facilitated the appearance of a representative movement for the ideas of the time, forged on the background of its founders.

This fact-checking approach to one of the most popular conspiracy theories in Seventh-day Adventist imaginary is intended as a methodological exercise that would serve as a heuristic device on how to engage the question. The verification of the contribution of Freemasonry to the doctrinal, organizational, and ideological bases of Seventh-day Adventism through the mainstream resources offered by the scholarly community is one of the fine methods of intellectual self-defense and ammunition likely to create a constructive dialogue between the imaginary of the ordinary believer inhabited by conspiracy theories and what scientific expertise can demonstrate. Fact-checking provides the believer with appropriate tools, helping to separate what an Adventist popular culture steeped in conspiratorial imagery and conspiracy thinking declares about Freemasonry from the historical facts themselves.

That said, the challenge for the Seventh-day Adventist Church to institutionalize a fact-checking system regarding conspiracy theories and fake news in general seems to be soaring. This strategic initiative would not only contribute to a better media literacy of the members but also to the fight against a growing culture of suspicion and mistrust toward mainstream religious authority and against the shared anxiety born of the suspicion that “the truth is elsewhere”—a mistrust that sometimes degenerates into paranoid drifts with a hateful and radicalized component. Finally, it is a question of revaluing the memory of the Adventist intangible heritage in a healthy and positive way through the restitution of the historical truth about the context of the creation, organization, and development of the Seventh-day Adventist Church. This approach is all the more important in the current context of pathological misappropriation of mediatized communication established by the proliferating spread of conspiracy theories, strongly relayed on social media.

1. The thesis of the anti-Christian Masonic conspiracy dates from the second half of the 19th century and was first promoted by European and American Catholic circles.

2. Fact-checking is a set of tools and practices for verifying information. It consists of publishing an analysis based on evidence and facts that confirms or denies the accuracy of a claim, report, or other public information.

3. According to Joslin et al. in A History of the Town of Poultney, Vermont, from Its Settlement to the Year 1875: “Morning Star Lodge, No. 27, was organized in Poultney prior to the year 1800, but at precisely what date the writer is unable at present to determine. The records of the old Lodge are lost or destroyed. There were Masonic organizations in the State prior to the admission of Vermont into the Union in 1791, and the Poultney Lodge was No. 27, which indicates that the old Morning Star Lodge received its charter quite early in the history of the State. We know of but two now living in Poultney who were members of the old Lodge, Philo Hosford and Frederick Ruggles. By them and others we are informed that the Lodge was strong in numbers and ability, and took a prominent stand among the Lodges of the State. Harris Hosford, Samuel Ruggles, Capt. William Miller, Elisha Ashley, Henry G. Xeal and Alonzo Howe were among the Masters of the old Lodge. In the year 1826, after William Morgan disappeared from his home in Western New York, and was supposed to have been murdered for divulging the secrets of the order, a great excitement arose throughout the country, and continued for some years. In Vermont, as well as in the State of New York, this excitement was intense, and in this State a political Anti-Masonic party arose, but, in Poultney, was always defeated at the elections. By reason of the clamor raised, most of the Lodges were obliged to suspend work—the Poultney Lodge about the year 1832. The Grand Lodge of the State held its annual elections until 1836. It then suspended its work for about ten years. January 14, 1846, a meeting was held at Burlington, and the Grand Lodge was revived and reorganized, and from thence the work of Masonry was again set in motion in the State.”