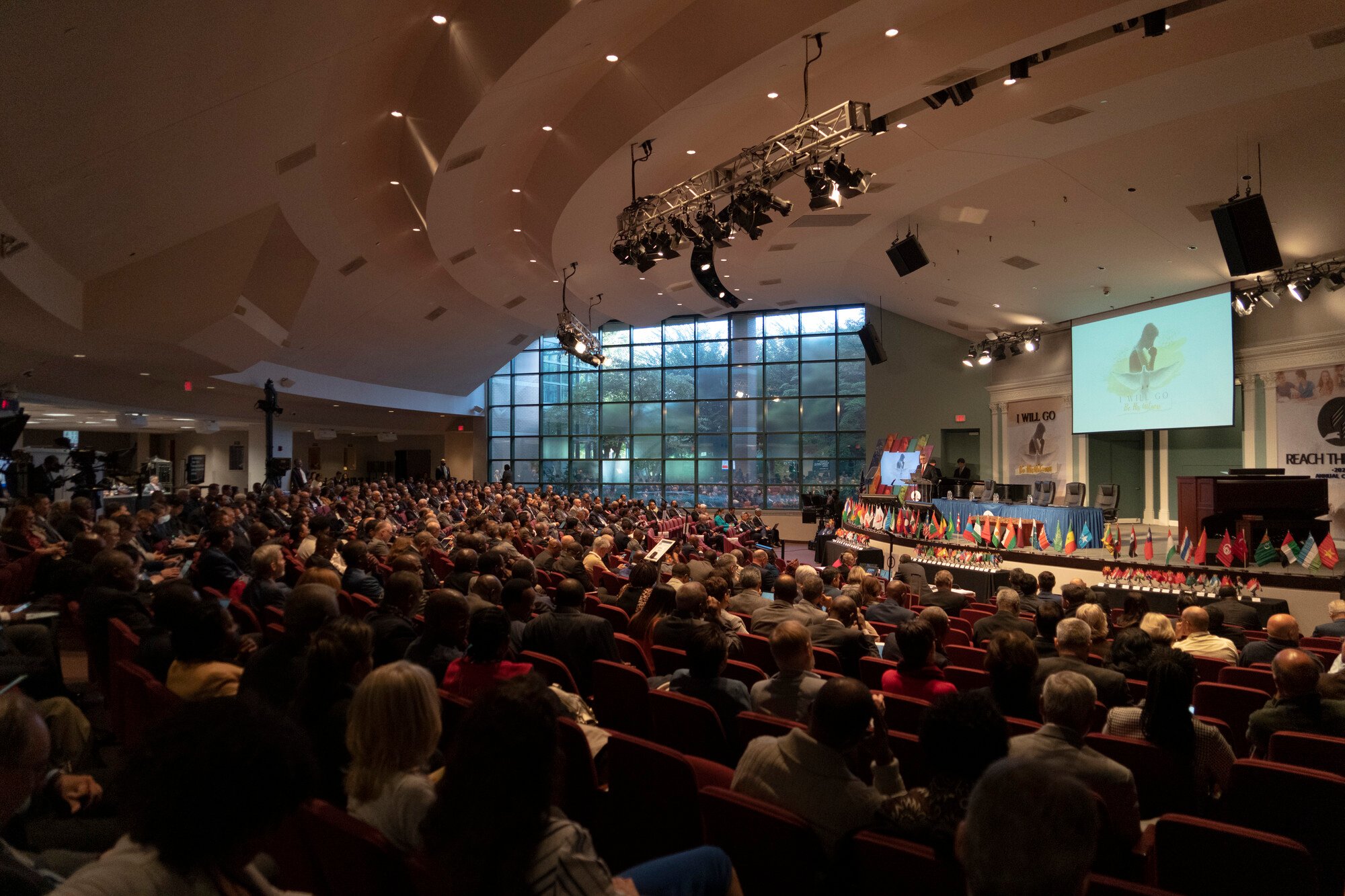 The first business meeting of the General Conference Executive Committee at the 2022 Annual Council began Thursday, October 6, with the promise of offering a glimpse into the next three years of Ted Wilson’s tenure. In an afternoon presentation, Wilson articulated a desire to protect the ideological purity of Adventist education, saying that it is “at a crossroads.” That and an extended, multi-departmental feature driven by a committee on the Three Angels’ Messages absorbed a significant part of the day.

The pattern for recent years has been for Annual Council to open with the LEAD (Leadership, Education, and Development) Conference, followed by the president’s sermon on Saturday and then four days of business meetings. This year, an additional business meeting was added to Thursday afternoon, likely because of the amount to accomplish post-GC Session. There will be 26 hours of business compared to last year’s 22.5, spread over five days. The agenda, released on October 5, is more than double the length compared to 2021 and includes significant positions for the nominating committee to appoint or reappoint, including Adventist Review Ministries executive editor; Archives, Statistics, and Research director; and Geoscience Research Institute director.

On Thursday morning, Wilson declared Annual Council open, noting that committee members and invitees were still arriving in the auditorium at the GC headquarters in Silver Spring, Maryland. The official agenda describes this Annual Council as a “hybrid” meeting, a fact later contradicted from the stage by Hensley Moorooven, GC undersecretary. “This Annual Council is onsite only. It is not a hybrid Annual Council,” he said. “However, we have some members who could not join us.” Those unable to attend due to visa issues or other reasons will still be able to watch the video feed and vote through the Election Buddy system, with remote voting not limited to any specific geographical area. But without a full hybrid meeting, like was done at last year’s Annual Council, there doesn’t appear to be any way for remote attendees to speak.

One loss for this year is the presence of Audrey Andersson, newly elected GC general vice president. According to the GC, Andersson is unable to attend in person due to visa issues. With the retirement of Ella Simmons earlier this year, Andersson is the only woman among the GC leadership. If she had been able to attend, the meetings would have given the first chance to see Andersson chair a business session. As it is, there will only be men doing that duty.

As described by Erton Köhler, GC executive secretary, the LEAD Conference is “a little bit different” this year, divided into four sections instead of occupying a single day. The overall theme is “Mission Impact,” with Thursday morning titled “Mission Refocus,” dedicated to sending missionaries into underserved areas.

You can watch the slightly dramatic (and well-narrated) video introduction below. (If anyone recognizes the narrator, please say so in the comments below!) The video also shows how this new missions push ties in with Neal Wilson’s tenure in the 1990s.

Links to all the LEAD Conference presentations are available on the executive committee website, along with replays of the full live stream.

A Veiled Warning to Adventist Education

At the afternoon business meeting, chaired by General Vice President Abner De Los Santos, Ted Wilson gave a 10-minute address to introduce an Adventist education report. He praised Adventist education for its importance but cautioned that in many cases it is “facing a crisis.”

“As some of our schools become so large with so many non-Seventh-day Adventist students, we run the risk of the very character of the school that attracted people, that character can be changed,” he said. Wilson warned that if schools are not keeping up with the “principles and goals” of Adventist education, “you may see your school disappear from the hands of the Seventh-day Adventist Church.”

Although Wilson’s declarations were broad, a follow-up presentation by Lisa Beardsley-Hardy, GC director of education, was more specific about areas of concern. She presented three perceived crises for the educational system: “disease, war, and spiritual.” The third element she described as led by “challenges to the Bible and the impact of the media and civil legislation on marriage and gender identity, leading to a sexual-moral crisis and conflicts between religious liberty and civil rights.”

While church leaders supporting the right for faith-based institutions to discriminate against the LGBT community is nothing new, to openly describe religious liberty as being in conflict with civil rights creates a very challenging frame for education leaders around the world. Beardsley-Hardy also gave an update on Adventist education enrollment, which saw drops during the COVID-19 pandemic for most age groups. Although enrollment improved in 2021, secondary schools did not recover all the losses and tertiary institutions saw further drops. 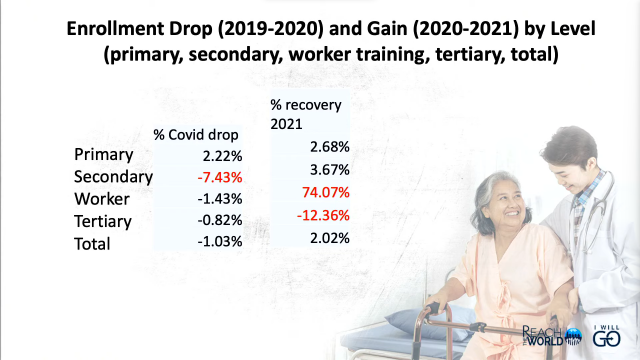 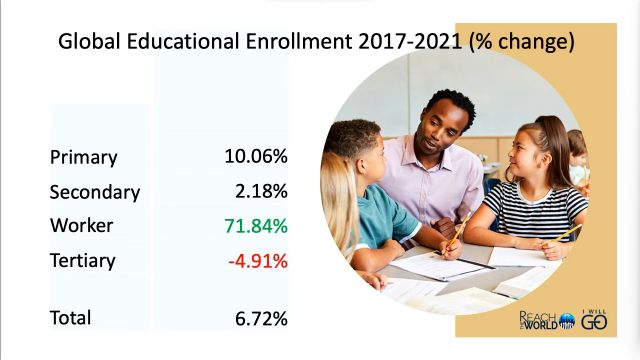 More than an hour was spent on an inter-departmental report about a push to spread the Three Angels’ messages. Justin Kim, whom Spectrum has reported is Ted Wilson’s choice for the next Adventist Review Ministries executive editor, helped lead the report. At times it felt like a remedial Revelation seminar or an infomercial as various GC-produced products were presented. Many of the materials are collected on the website threeangels.info. Alberto R. Timm, associate director at the Biblical Research Institute, introduced an Ellen G. White compilation from the White Estate collecting her quotes in a new book on the Three Angels’ Messages.

While there was a strong emphasis on digital evangelism, Ted and Nancy Wilson also took the stage to describe how they had participated in handing out paper literature in New York City in a “sidewalk evangelism” project. Nancy Wilson described the difficulty of trying to hand literature to people on a street in the middle of Manhattan, preferring the slower pace when they walked around a New York park and handed out literature the next day.

Spectrum is reporting remotely on the 2022 Annual Council after the GC declined to allow any outside media to be present. Having all the meetings live streamed and archived online is good, but this lack of full lay transparency does limit access to participants who can provide important in-person perspective. Adding to the lack of openness, at the end of the day, the video feed cut out without warning. The East Central Africa Division finished a report on its territory and the chair announced that the meeting was moving to its final agenda item. Then the audio faded and the screen said “thank you for watching.”

A few minutes later, one of the church’s official Twitter accounts hinted at the reason for the cut when it sent a tweet referencing the Euro-Asia Division. The tweet was quickly deleted. When asked for comment, Williams Costa Jr., GC director of communications, confirmed that the end of the meeting dealt with the Euro-Asia Division and Ukraine. “For the safety of the church and members, it was not transmitted,” he said. “After the presentation of the item, we had a long period of prayer.” Costa added that sensitive issues regarding China, the Middle East, and North Africa would also not be transmitted.

The Euro-Asia Division is headquartered in Russia and until this year included Ukraine. In April, as a result of the Russia-Ukraine war, the General Conference Executive Committee removed the Ukrainian Union and attached it directly to the GC, leaving the fate of the division uncertain.

Stopping a live stream during sensitive geopolitical topics has happened before, but doing so without warning, particularly in light of denying in-person non-church media coverage, is a disservice to all members who appreciate an independent press.

Remaining schedule for Spectrum’s coverage of the 2022 Annual Council: