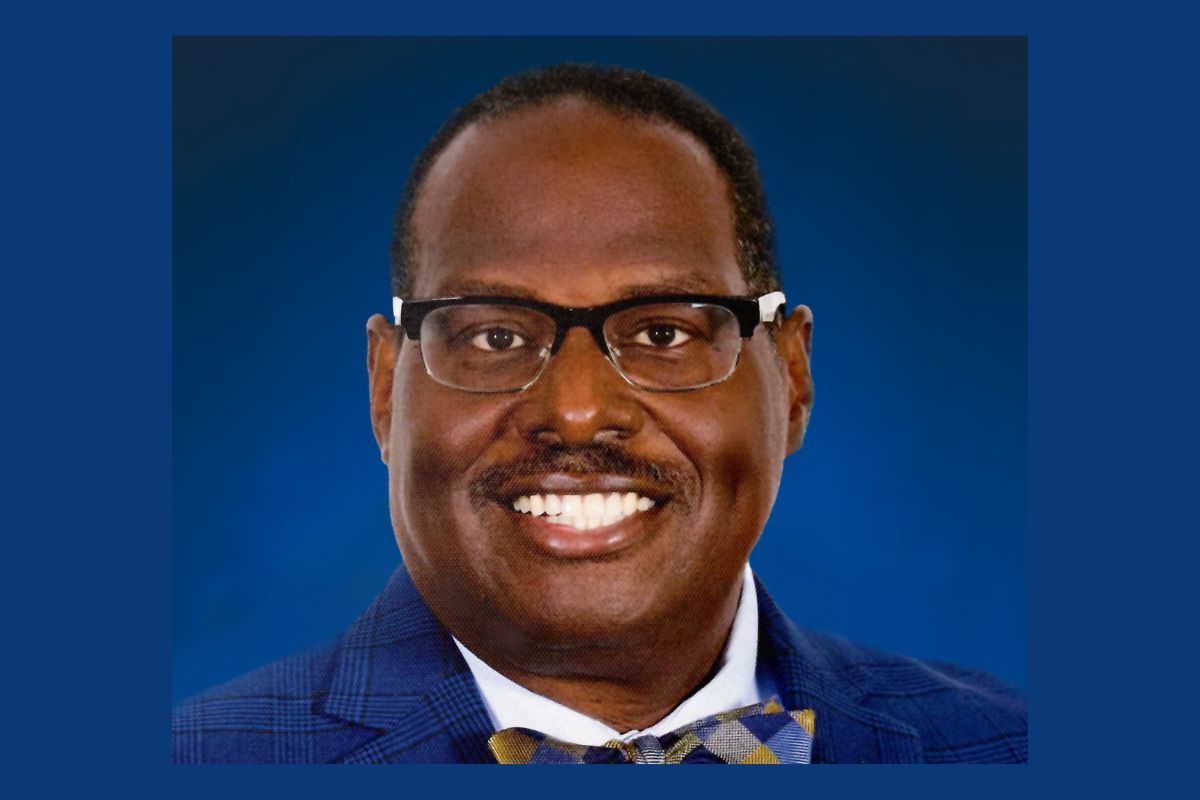 As Brenda Dickerson writes in the Mid-America Union magazine Outlook:

The Minnesota Conference of Seventh-day Adventists Board of Trustees is pleased to announce that Pastor Daniel L. Honoré has accepted their invitation to serve as conference president. He will assume his functions in the month of September. . . .  Pastor Honoré comes from the Northeastern Conference [a regional conference] where he served as president from 2012 to 2021. Under his leadership, the conference membership grew from 50,000 to 60,000, nearly 40 church buildings were acquired, debts were liquidated, and a 158-unit senior housing facility was constructed. Prior to that, he served eight years as Stewardship and Trust Services director for the conference. . . . The conference's leadership team has been working with the Mid-America Union Conference officers during the process of nominating a president following the conference's constituency session held on May 15, 2022, in Brooklyn Center, Minnesota.

"Pastor Honoré is an experienced leader who has done so much to further the mission God has given this church. His presence in Mid-America will be a blessing to us all!" said MAUC president Gary Thurber.

Pastor Honoré said he counts it a blessing and a privilege to be used of the Lord through the Minnesota Conference. As the apostle Paul, he proclaims "Unto me, who am less than the least of all saints, is this grace given, that I should preach among the Gentiles the unsearchable riches of Christ."

"Three special needs boys were baptized July 20, 2022, a first for the Santa Clarita Seventh-day Adventist Church in Newhall [California]. The boys baptized were Cameron Perry, Memen Hassen and Alex Larios. They were all a part of the 'My Friend's House' special needs program at the church," according to a news story by Rylee Holwager in The Signal. "Cameron and Memen had personally approached their fathers wanting to be baptized.

Getting the boys to the moment of being baptized was a two-year-long process, the pandemic being a main component of delaying this. Perry, Delmy Calderon [teacher of the program], and the parents wanted the boys to understand exactly what it meant to be baptized. Calderon taught the boys through demonstration of putting a Jesus doll in a bucket of water and constantly interviewing them on what they had learned about baptism.

The head of "My Friend's House," Brett Perry, describes it as a hands-on program to teach religion to those with disabilities in a way that they can understand. "It's just a public affirmation of their faith," said Perry. "It’s them telling everybody else that they love God and they want to be a part of his family.”

"It's having compassion and understanding and individualizing each approach depending on each student's reach, each need,” said Calderon, “because they are not all the same.”

During the week of July 18–22, "Wickenburg [Arizona] Seventh-day Adventist Church held its ‘Sea of Miracles’ program each morning," as reported by Kirk McKnight in the Wickenburg Sun.  "The program, with its invitation extended to children ages 4–11, was meant to help kids ‘find security to cope with our uncertain world.’ ”

With an average of over 30 kids and just as many volunteers participating each day, including Pastor Steve Gibson, the group engaged in activities centered around the Bible with the focus always being on Jesus.

Sherry Miller, the program's director who dressed each day in robes resembling those worn in Jerusalem and other biblical settings, said, “This program is meant to be in Bible times. That's why we made all the costumes. We're doing what it was like in Jesus' time when he walked on the earth. We asked our neighbor if we could use his boat because Jesus and his disciples went on the sea of Galilee and crossed to the other side. The kids love getting in the boat.”

“One of our Bible teachers, Don Droze, got one of those rubber swimming pools," Miller said. “He had a piece of glass that goes on the table. He put see-through cups at the bottom and filled [the pool] with water and put the glass on, and the kids walked on water. Don has these bright ideas, and the kids just love that.”

Along with the lessons they received via four-legged or four-finned teaching assistants, the participants were also able to tune up both their memory skills each morning with a different biblical verse, the memorization of which produced a prize. As the children separated into different age groups, they played games and even made crafts. One craft involved making sandals out of cardboard to resemble those Jesus and his disciples would use. As much of a success as "Sea of Miracles" was for its own parishioners, the camp attracted those from other denominations as well.

“There were 30 helpers (volunteers) and five of them don't come to this church,” Miller said. “They love our vacation bible schools because we do a big show for them. Everything points to Jesus.”

—From the Wickenburg Sun, “Sea of Miracles Has Kids 'Walking on Water' ” by Kirk McKnight.

A British Pathfinder troop in Wolverhampton marched in a recent ceremony to commemorate "remembrance, hope, and healing from racial troubles" and symbolized by a new wreath, revealed at a culminating ceremony, as reported by Deborah Hardimon in the Express & Star.

The brown, white and red Sucoteto ring is an acronym of the goods farmed by historically enslaved peoples featuring sugar, cotton, coffee, cocoa, tea, and tobacco. The design features the cotton flower, a sugar cube, and a red dot representing lives lost.

It was the brainchild of Ruth South of CARE (Communities Against Racism Enterprise) and was unveiled at a civic event at Wolverhampton's Seventh-day Adventist Church. . . . She came up with the idea of the Sucoteto wreath as a tool for change to honour the empire slaves, the efforts of abolitionists such as William Wilberforce to end the transatlantic slave trade which saw around 12 million Africans transported to the Americas, and victims of injustice."

“It was a really good event and a fantastic day. It wasn't just about remembering victims of racial injustice; it was also about honouring those white abolitionists, who were mainly white Christians, who fought to change things. It is recognising that we have a shared history however unpleasant some parts of the experience has been,” said Mrs. South.

—From the Express & Star, “Unveiling of the New Sucoteto Wreath of Remembrance, Hope and Healing” by Deborah Hardiman.

Please note: This news collection features stories reported about Adventists by the respective publications. As such, the accuracy of the information is the responsibility of the original publishers, which are noted and hyperlinked.