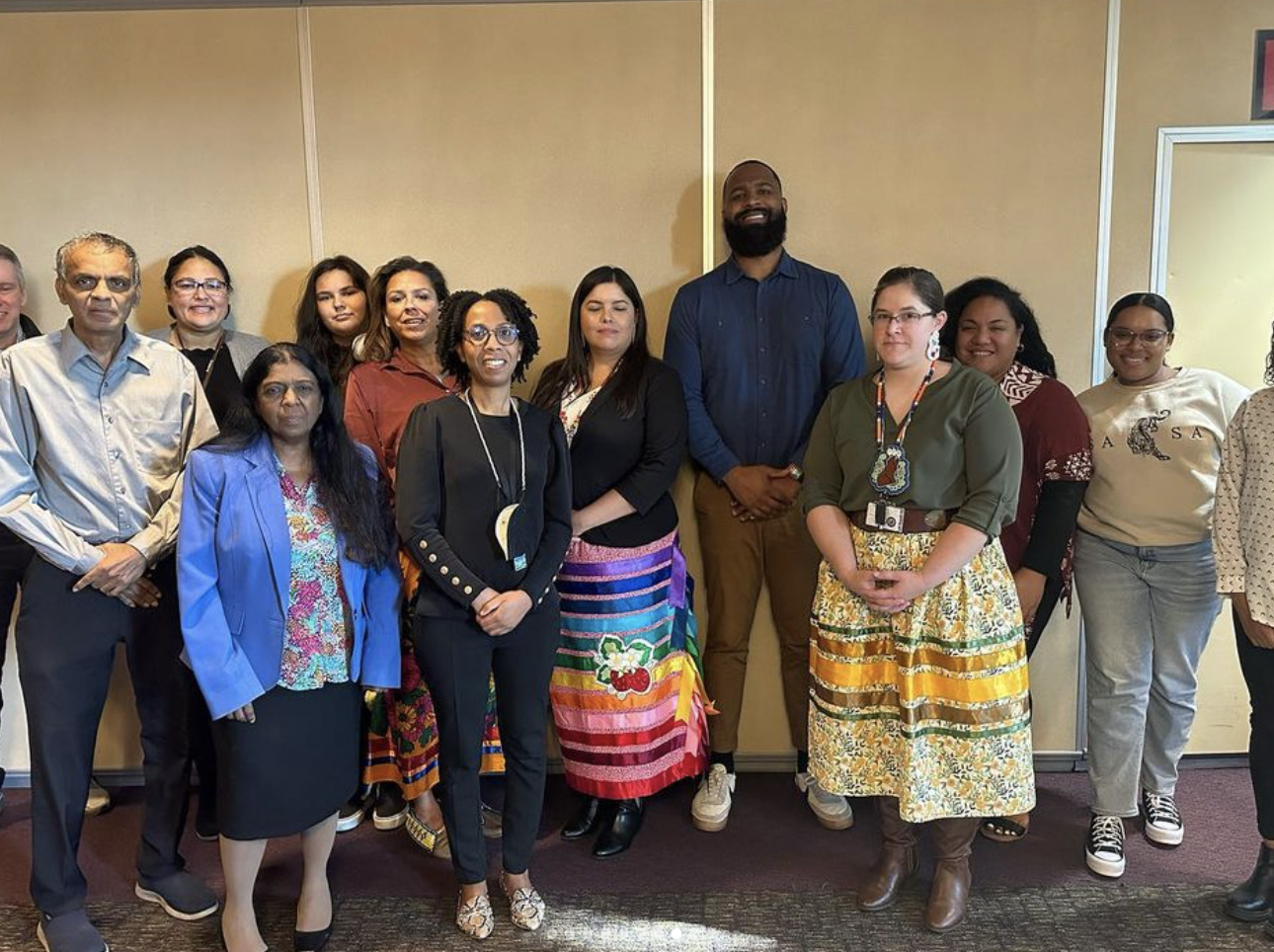 The weekly university Forum, held at the Howard Performing Arts Center, was a celebration of Native American heritage.

According to the Congressionally chartered National Environmental Education Foundation, land acknowledgment “is a simple, powerful way of showing respect and a step toward correcting the stories and practices that erase Indigenous people’s history and culture. Acknowledgment by itself is a small gesture. It becomes meaningful when coupled with authentic relationships and informed action. But this beginning can be an opening to greater public consciousness of Native sovereignty and cultural rights, a step toward equitable relationship and reconciliation.”

It is extremely important that we recognize and acknowledge that our Berrien Springs campus sits on land that was part of a larger area here in Michigan and elsewhere that was seized from land owned by the Pokagon Band of Potawatomi tribe. As is stated on the Potawatomi website, “Each indigenous nation has its own creation story.” This land seizure was driven by the 1833 Treaty of Chicago, which established the conditions for the removal of the Potawatomi from the Great Lakes area. When Michigan became a state in 1837, more pressure was put on the Potawatomi to move west. The hazardous trip killed one out of every ten people of the approximately 500 Potawatomi involved. As news of the terrible trip spread, some bands, consisting of small groups of families, fled to northern Michigan and Canada. Some also tried to take refuge in the forests and swamps of southwestern Michigan. The U.S. government sent soldiers to round up any of the Potawatomi they could find and would then move them at gunpoint to reservations in the west. This forced removal is now called the Potawatomi Trail of Death, similar to the more familiar Cherokee Trail of Tears. However, a small group of Neshnabek (meaning “original” or “true people”), with Leopold Pokagon as one of their leaders, earned the right to remain in their original homeland, in part because they had demonstrated a strong attachment to Catholicism. It is the descendants of that small group who constitute the Pokagon Band of Potawatomi. This was a sad extension of the deeply harmful effects of what has become known as the “Doctrine of Discovery,” which established a spiritual, political and legal justification for colonization and seizure of land not inhabited by Christians. To learn more about the Pokagon tribe, please go here.

Caption: VP Nixon with members from the Potawatomi Tribe in Pokagon during the Native American Heritage Month forum.