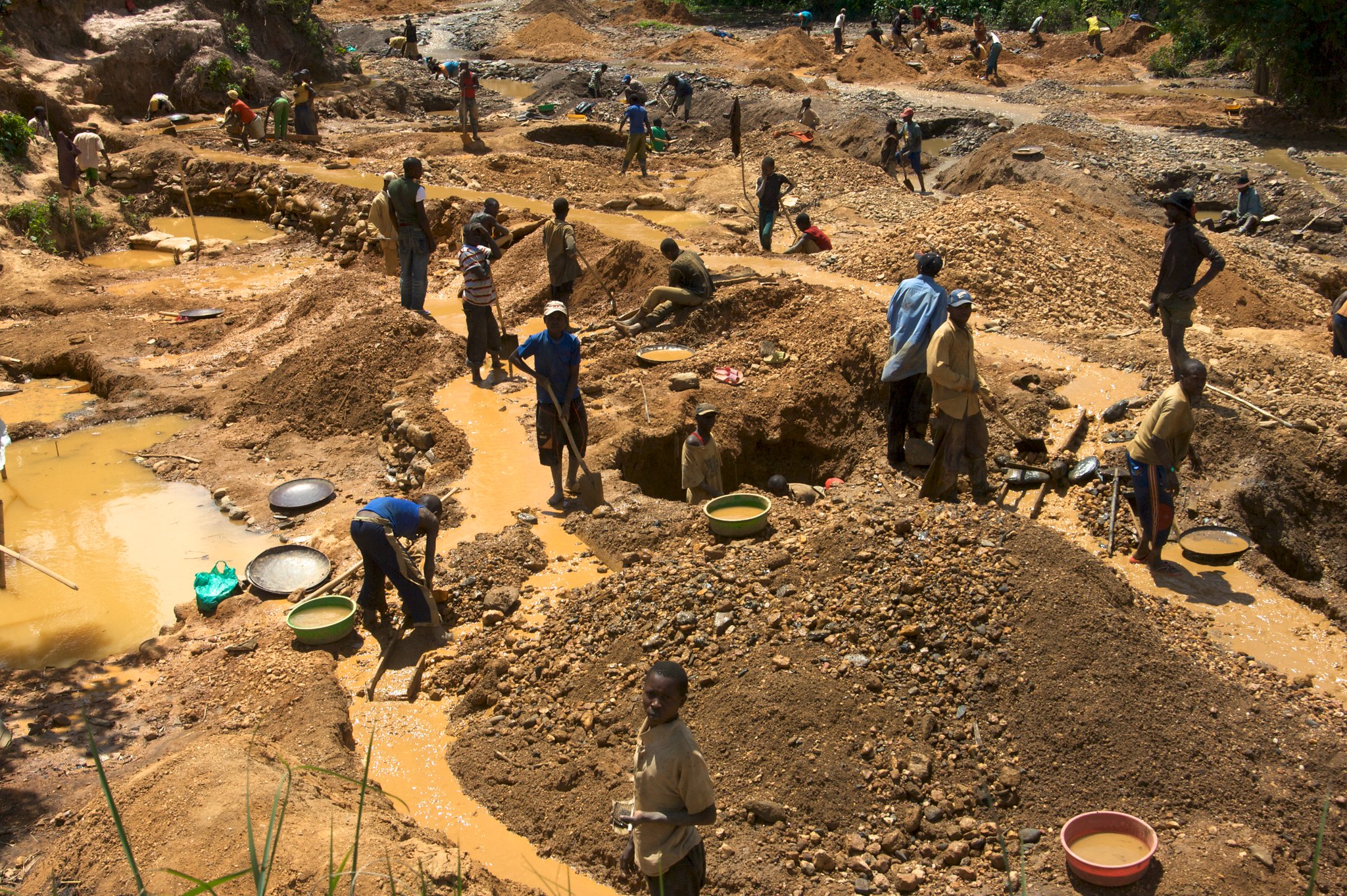 Graphic Online reprinted a press statement issued by the Adventist Church in Ghana recognizing Creation Sabbath on October 22, 2022, as “a special time to remember and affirm belief that the world and everything in it belong to God and that God expects human beings, placed on earth as rulers, to exercise benevolent, and selfless stewardship of the earth.”

As we mark this day therefore, the Adventist Church in Ghana condemns in no uncertain terms the blatant disregard, abuse and over-exploitation of our natural resources in the name of small scale mining (Galamsey).

We support the recent call by religious leaders for a ban on small scale mining (Galamsey), and demand that the perpetuators of this crime work to reclaim the lands, water bodies and forest reserves that have been destroyed by their activities. We are also of the firm belief that there are laws in this country, and until they are enforced it will be difficult for perpetrators to stop this destructive act.

Ghana is the largest gold producer in Africa, and illegal mining operations have led to 60% of the country’s rivers becoming polluted.

Recently, an Adventist pastor, a historian, and a conference president visited an archive of Adventist historical documents held at Aurora University, which has its roots in the teachings of William Miller. Matthew Lucio, pastor of the Peoria Adventist Church, Matthew Campbell, director for the North American Division Archives, Statistics, and Research Department, and John Grys, acting Illinois Conference president, viewed the Jenks Memorial Collection. “The Jenks Collection contains a trove of ‘adventual’ materials, including William Miller’s correspondence,” Lucio wrote in an article for the Lake Union Herald. “Discovered in a letter trunk, many of these letters chronicle the challenges Miller had in the wake of the Great Disappointment.”

Later, Lucio, Campbell, and Kevin Burton, director for the Center of Adventist Research at Andrews University, visited another set of resources at the Seventh Day Baptist headquarters. They met with Nicholas Kersten, Director of Education and History for the SDBs. Kersten “was a fountain of facts.” and they “deeply appreciate his tour through their history,” Lucio wrote.

In addition to recounting the visits in the Lake Union Herald, Lucio, Campbell, and Burton also discuss their discoveries on the Adventist Pilgrimage podcast.

Sabah Mission of Seventh-day Adventists has asked the Malaysia Election Commission to include its congregants “in the list of early voters on November 15 as polling day is set on a Saturday,” according to a story from the Malay Mail.

Datuk Wilfred Tangau, a member of the Parliament of Malaysia, “said that the Constitution has allowed for the freedom to practice their own religion and this was a big part of the denomination’s beliefs.”

“We have made concessions for people of faiths by only having exams on Mondays to Thursdays to allow for Muslims’ Friday prayers so why not allow this as well?” Tangau said, as quoted by the Mail. “Respect their wish to practice their beliefs. In the past, we have had students who would sit out on exams on Saturday, opting to fail their exams, rather than disobey their religion,” he said.

—From the Malay Mail, “Seventh-day Adventists in Sabah Request for Early Voting to Observe Sabbath during Polling Day.”

Pacific Union College has partnered with local volunteers “to bring Ukrainian college students to the U.S. as their home country reels from a Russian invasion,” reports the Napa Valley Register. Two students, Katya and Danii, are already studying at the university, and “eight more students are arriving in December and January in time for PUC’s winter quarter.”

The two students, both from Crimea, traveled to Mexico and received student visas in order to attend PUC. “Listening to their stories ‘moved us to tears,’ said Jennifer Klingbeil of Angwin, who helped launch Mission: Ukraine. . . . She added that both students are too upbeat and grateful to dwell on ‘the depth of what they’ve been through.’”

Like many Americans, Klingbeil sent money to Ukraine in the early days of Russia’s invasion, but she wanted to do something more tangible for the Ukrainian people. With help from PUC administrator Kellie Lind and others, Klingbeil laid the groundwork for Mission: Ukraine.

PUC, which has a large population of international students, agreed to handle the paperwork for student visas permitting stays of 12 to 18 months. The college is giving the incoming Ukrainian students 50% off tuition, room and board, with Mission: Ukraine picking up the rest of the tab.

“Mission: Ukraine’s organizers say they’ve been moved by the resilience of Katya and Danii, who display a stoicism and toughness that have come to be associated with the Ukrainian national character—and that have been credited for helping the country withstand Russia’s onslaught.

According to the Register, organizers of Mission: Ukraine say they have raised a quarter of the $400,000 goal for the current school year.

“I had some really good beef ribs . . .  I don't eat pork because of my religion, I am Seventh-Day Adventist, but they were all the way in Etobicoke, and I live in Brampton,” Williams tells blogTO.

“After many Google searches, I found it extremely difficult to find any good beef ribs options nearby. That's when I decided to fill the hole in the market.”

Williams has a business background with a BBA and a certificate in marketing management.

“Some would consider me a serial entrepreneur,” says Williams. “I love marketing. So this business has let me pursue some of my marketing dreams.”

“All our beef is 100% halal. There are a lot of people who don't eat pork whether it be for personal or religious reasons, so I'm happy that they are able to enjoy my ribs guilt-free.”

—From blogTO, “Man Laid Off during Lockdowns Starts Pop-up That Sells Out in Toronto Every Time.”