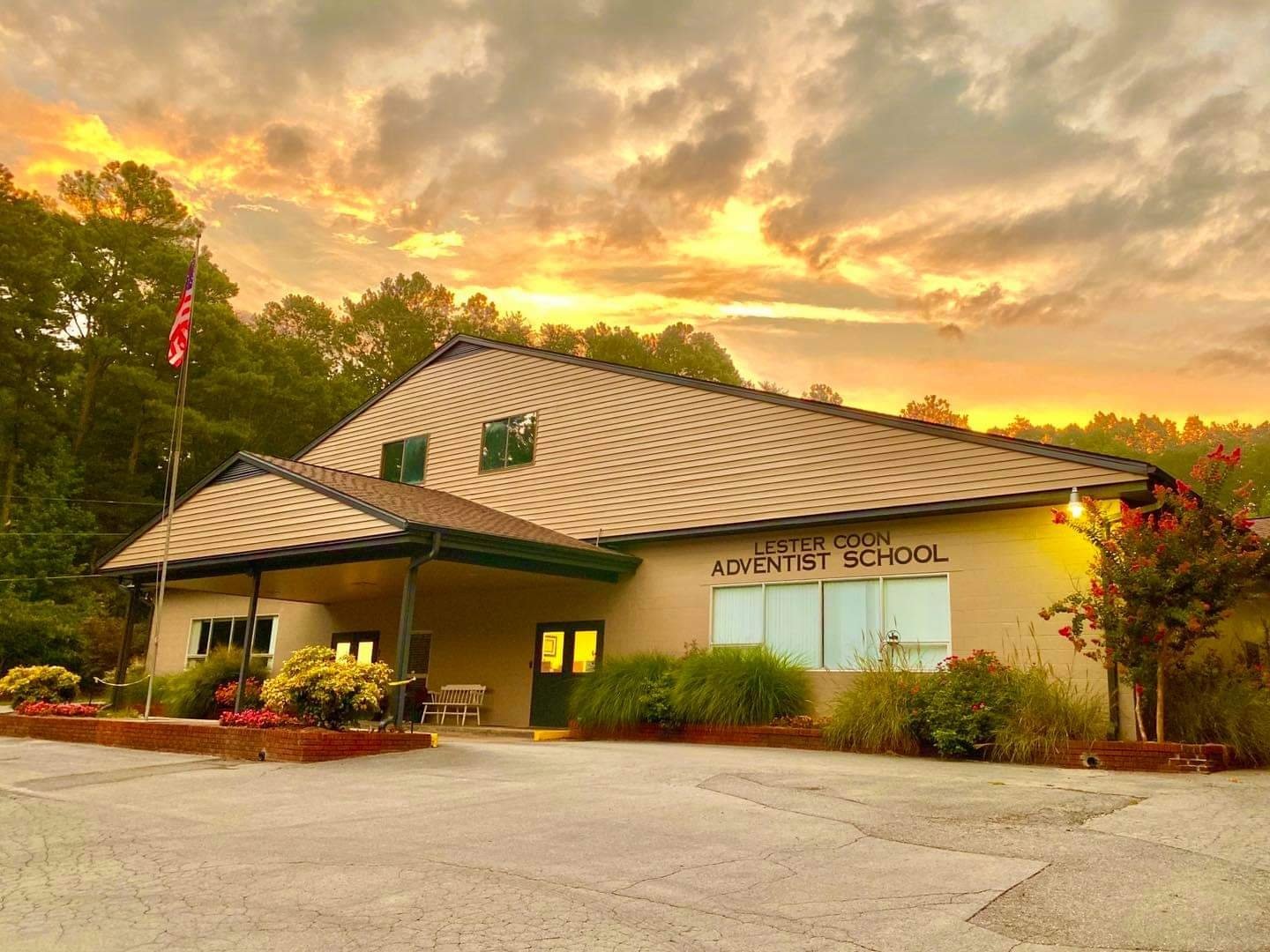 Sexuality and identity will be the focus of the Lester Coon Adventist School’s week of prayer on October 3–7, 2022, when the kindergarten through 8th-grade students will listen to self-described ex-gay speaker Michael Carducci talk about LGBT issues. The school is located in Apison, Tennessee, an unincorporated rural community of fewer than five thousand people about a ten-minute drive from Southern Adventist University. It is part of the Georgia-Cumberland Conference of Seventh-day Adventists and, according to Private School Review, has approximately 44 students enrolled for the 2022–23 school year.

In a September 16 letter to LCA families, school principal Carol Raney said the students will be divided into two groups. Grades K–5 will learn about “identity and sexuality in a world that is saturated in confusion,” while grades 6–8 will get a “5-day keynote presentation to the youth about how biblical sex is God’s blessing and the profound effect it has on the church, in the home, and in the community.” The letter emphasized that the presentation to the younger children would not be “educational or explicit in sexual behavior.”

The presenter, Carducci, is a co-founder and the current chairman of Coming Out Ministries, which was created by Adventists who claim they were “freed” from “the chains of homosexuality.” The organization has drawn condemnation for promoting that sexual orientation and gender identity are likely to be changed, an assertion not supported by mainstream science. Advocates for the Adventist LGBT community have also criticized the organization for associating sexual addiction with homosexuality. In response to a presentation by Coming Out Ministries, Todd Leonard, senior pastor of the Glendale City Church, wrote that it included “a number of myths about human sexuality, false stereotypes about gay and lesbian experiences, and a lack of differentiation between the realms of sexual attraction and gender identity.”

Carducci describes himself in public presentations as growing up in a Christian home before dropping out of college and going “headlong into the homosexual culture.” For the next 20 years, he says he worked as a hairdresser and aerobic instructor while maintaining relationships with other men. After having a conversion experience and being baptized into the Adventist Church, he claims that he no longer has “homosexual thoughts.” He did not respond to a request for comment about the planned content for his week of prayer presentations or the concerns raised by parents.

The week of prayer has put parents who don’t support Coming Out Ministries in a difficult position. "Several parents have decided to opt out,” said Sandy James, the mother of first and fourth-grade students at the school. “I personally do not at all support this ministry. I think it's damaging and harmful.”

James also questioned having children as young as kindergartners participate. “I don't think it's appropriate for them to put those thoughts on very young children who have no say in the matter,” she said. According to James, if parents don’t want their children to participate, they will have to bring them to school later in the day.

In trying to find out more about the person who would be talking about sex to her child, parent Jody Vandivier watched a Coming Out Ministries video on “sex education” that included Carducci in a panel discussion. “All I could see were human beings, sitting on a panel, judging other people and using Bible verses as weapons,” she said. “I couldn’t see how they could present any of what he was saying or showing on the slides to 4 to 11-year-olds.” Vandivier said she met with the school’s principal to share her concerns but that her only option is to withhold her son from school during the presentations.

Suzette Vandivier, a physician assistant with kindergarten, third, and sixth-grade children at the school, said she spends “a lot of time” researching “medical-type topics” and wants to be the one discussing such issues with her children. “I don't think that [it] is the responsibility of the school, and certainly not the responsibility of a stranger that I don't know, coming in and talking to my kids,” she said.

When reached for comment and asked specific questions about the event, Principal Carol Raney responded in an email that the school would not participate in an interview or answer further questions.

Carducci has drawn controversy for presentations in the past. In 2014, he publicly apologized for comments during a presentation at the Generation. Youth. Christ. (GYC) conference. “If we allow homosexuals to bring their lovers into church, and we start letting them teach Sabbath school, you're allowing demons to come in with them and to engage with your children,” he said, as quoted in the Huffington Post. After public outcry, Carducci contacted Spectrum to give a public apology and say he was “truly sorry.” Videos of the comments have since been taken down.

In 2015, Carducci was scheduled to present at a conference for the South England Conference of Seventh-day Adventists in the United Kingdom. 40,000 people signed a petition asking the government to deny visas for Carducci and the other Coming Out Ministries presenters to enter the country due to promoting so-called “conversion therapy,” earning publicity from outlets such as the BBC. The event was later canceled.

Coming Out Ministries has tried in recent years to distance itself from conversion therapy, which is defined by GLAAD as “any attempt to change a person’s sexual orientation, gender identity, or gender expression.” Prominent medical professional groups such as the American Psychological Association have condemned conversion therapy as ineffective and dangerous, and research has shown it to be tied to increased risk of suicide and other harm. Coming Out Ministries claims that it has “never engaged in or endorsed” conversion therapy while also saying that God can change people “beyond human limits.” Critics say that promoting such change through spiritual means perpetuates the same dangerous views.

When asked for comment, Floyd Poenitz, president of SDA Kinship International, said he was “shocked and dismayed” about the choice of week of prayer speaker. “Our Adventist children deserve better than this,” he said.

“Coming Out Ministries, with the tacit approval of the Seventh-day Adventist Church, continues to peddle the harmful theory that sexual identity can be changed as a result of spiritual exercise; that God's ideal for human sexuality allows for no deviation for the model established at Creation,” wrote Steven Chavez, director of church relations for SDA Kinship International, when asked for comment. “Kinship International calls on Seventh-day Adventist clergy, educators, and health professionals to admit the harm caused by conversion therapies, such as Coming Out Ministries, and instead provide homes, schools, and churches where people of all genders, races, and sexual identities are welcome.”

Paul-Anthony Turner, a graduate of the Adventist Theological Seminary, wrote a letter to the school outlining his concerns after he learned about the week of prayer, such as that Coming Out Ministries speakers, including Carducci, lack formal education in psychology or theology. Turner said that he has served on panels with Coming Out Ministries in the past and has had many personal conversations with its leaders. “My theological training, service as a minister, and experience as a gay man inform my assessment of COM and my worry for the impact their presentations will have on your students,” he wrote. “I humbly implore you to rescind your invitation to COM and to invite speakers who are better informed on these matters.”

The Georgia-Cumberland Conference did not respond to a request for comment by the time of publication about the week of prayer or whether the conference has specific standards for speakers in its schools. Carducci’s presence is also being promoted by the local Apsion Seventh-day Adventist Church, pastored by Jason Vyhmeister, where Carducci will make another series of presentations.

“I don’t think this is appropriate for week of prayer, for 4- to 11-year-olds, let alone anyone who says they’re Christian,” said Jody Vandivier, who also spoke about her misgivings to the pastor. But despite concerns, plans for the meetings at both the school and church appear to be going forward.

Update: As Spectrum was preparing to publish this story on September 30, the school sent an email to LCA families with the following change notice: “We have decided to have all grades meet together for Week-of-Prayer using the content that was originally planned for K-5 children.”