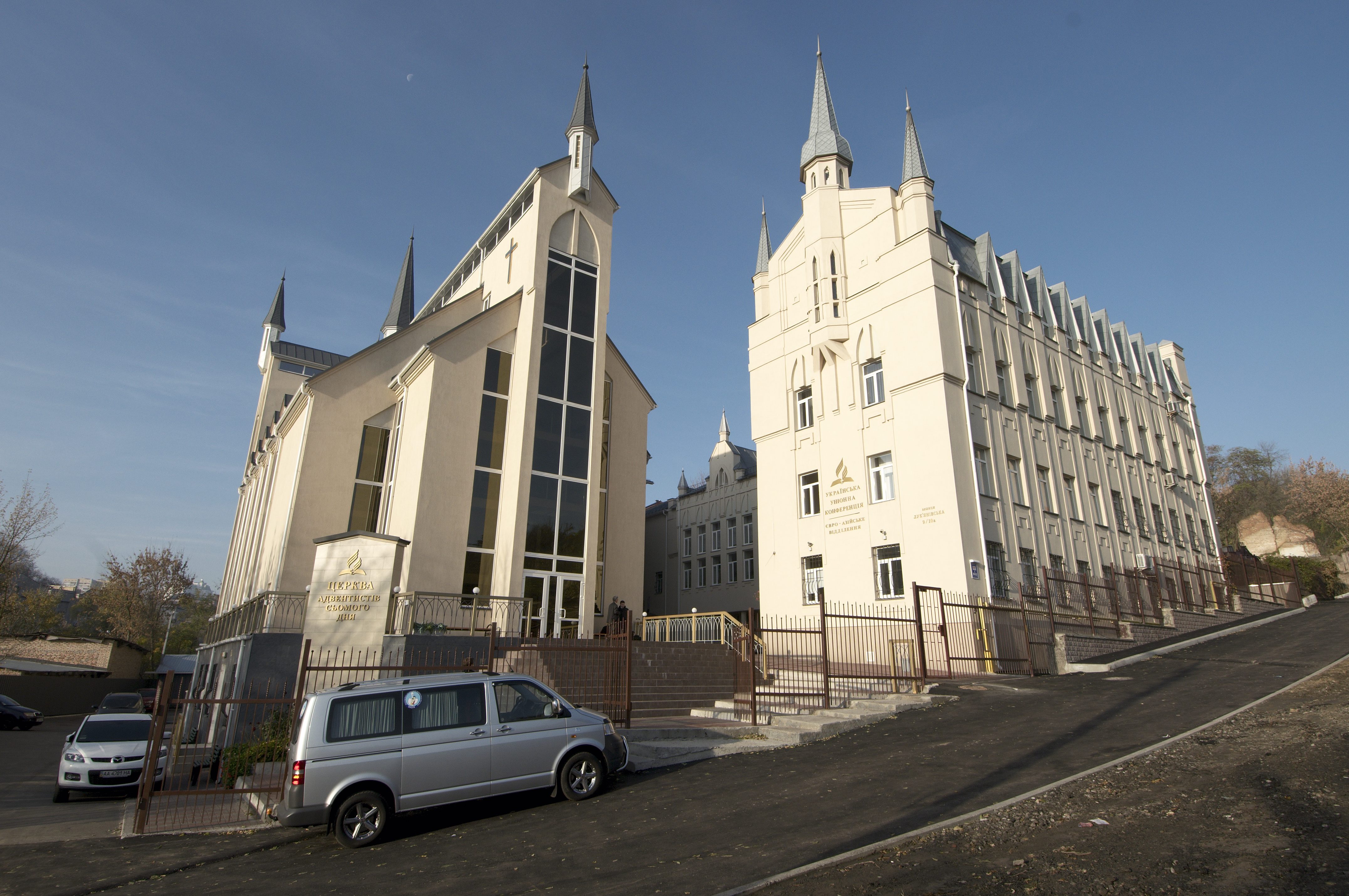 Referencing the war, GC President Ted Wilson presented the motion toward the end of the first day of the Spring Meeting—running April 12 and 13—which virtually assembles the top Adventist administrative leadership from around the world. This annual business session includes a review of GC finances and represents a final public look into some Adventist leadership concerns before the General Conference Session, June 6–11, in St. Louis, Missouri.

During a brief comment period, Mikhail F. Kaminskiy, president of the Euro-Asia Division, spoke in support of the motion stating, "This also will help to keep us in the future [a] very good brotherly relationship between the Ukraine and the rest of the division." But the future of the division is unclear as Ukraine comprises about half of the entire church membership in the ESD, which includes Afghanistan and many countries formerly part of the Soviet Union.

The ESD was organized in 1990 and then reorganized in 1994 and 2012. With a membership of 102,870, it is one of the smallest of the 13 world divisions. In light of the vote, Ted Wilson remarked, “We will then have to look at the future and also examine the Euro-Asia Division, which will be greatly diminished.” Wilson indicated that this will lead to a review of the Euro-Asia Division and the "big picture." In addition to the ESD, the Adventist Church in Europe includes two more divisions, the Trans-European with about 87,000 members, and the Inter-European with about 130,000. All three divisions comprise less than 1.5% of the global Adventist population. Any possible European reorganization will occur after the GC Session.

While the motion addressing the Ukrainian Union was the most notable business of the day, much of the meeting was taken up by financial reports. Jeff Straus, an accountant and auditor for the external firm Maner Costerisan, presented an overview of the report his firm gave to the GC Audit Committee about the 2021 combined financial statements.

At the same time last year, during the height of the COVID-19 pandemic, the church saw offerings down 20% with tithe holding steady. Things are different this year. “I’m happy to say that we saw a huge bounce back in both tithe and offerings, really right back to our 2019 levels, if not exceeding a little bit,” Straus said.

Although Straus described the external audit report as being positive overall, it was not a completely clean result. The independent auditors issued a “qualified opinion,” which in this case Straus described as a “clean opinion with a slight modification.” The issue stems from the financial reports not including all of the church’s worldwide financial activities but rather those from the regional headquarters and a “few additional entities.” Straus reported that the church also found approximately $7.5 million that had been previously underreported, an error that was rectified during the 2021 fiscal year.

Some of the financial success is driven by tithe and offerings, which were both up in 2021. Compared to the worrying trends from earlier in the pandemic, the new numbers are good news for church finances.

Paul Douglas, treasurer and chief financial officer for the GC, gave an overview of the church’s main operating fund. While he echoed the sentiments about positive gains, he also tempered expectations.

In 2021, several large contributions helped inflate the numbers. “As we compare the gain minus the expenses for 2021, we have a gain of just over $29 million, [for] which we praise the Lord,” Douglas said. “However, it is important for us to place this gain in some context by understanding the key drivers that led to this very favorable result.”

He explained that $15 million received from a maturing trust gave a significant boost, and previous budget restrictions also saved on office operating expenses. Yet the GC sustained a loss on the sale of the Review and Herald Publishing Association property, a point he also shared at the Annual Council in Fall 2021.

Financial gains have been real, though, as the General Conference now has 15.2 months of working capital on hand versus 12.8 a year prior.

Amending the Constitution and Bylaws

The overarching story through the last two years of Adventist Church meetings has been the fate of the GC Session. Originally scheduled for 2020, it had to be postponed twice, and the upcoming June 2022 date just comes within the two-year time frame allowed by the GC Constitution. In January 2022, a one-day special session also changed the governing documents to allow delegates to attend virtually.

Now, a proposed change to Article V of the Constitution and Bylaws will decrease maximum session postponement from two years to one—but allow the GC Executive Committee to grant indefinite extensions.

“I don’t want to be a prophet of doom,” said Hensley Moorooven, GC undersecretary, sharing that he also thinks there needs to be a plan in case “challenges with communication and technology” on a worldwide scale disrupt future meetings.

In the most closely contested vote of the day, the changes passed 140-3 to be sent to the full GC Session for final ratification.

“This is a rather standard agenda in terms of our focus on the finances,” Ted Wilson said at the start of the day. And for the most part, the meeting moved through the motions, all of the major actions set up to avoid controversy and be rubber-stamped by the full executive committee. But the fate of the Ukraine Union added an element of tension at the end of the day, as recent world events have come to impact even staid denominational business meetings.

The final day of the 2022 Spring Meeting continues on April 13.