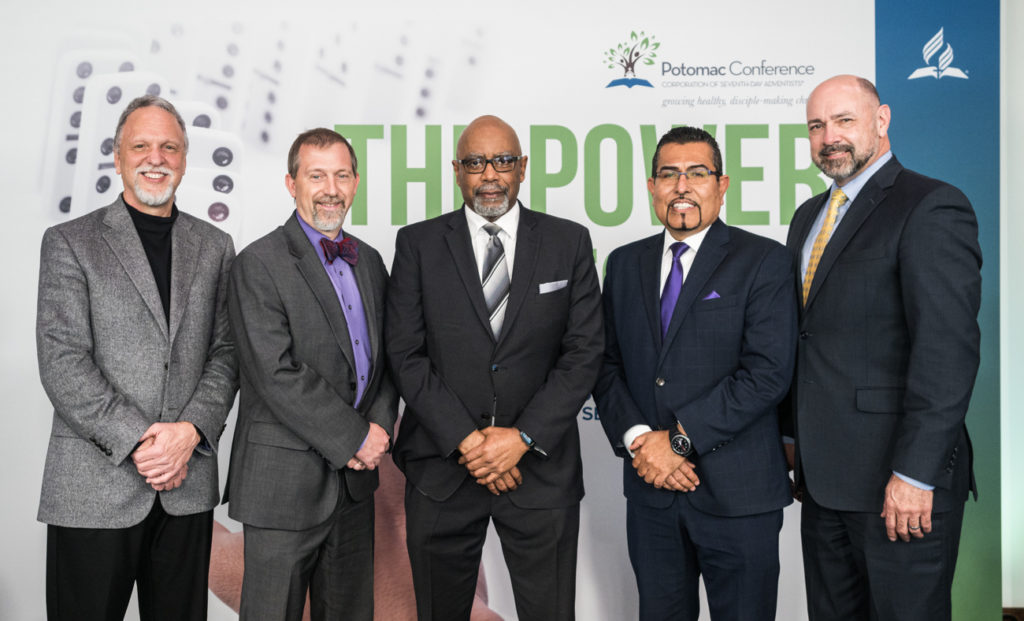 Miller presided over the first several hours of the constituency meeting in which the reports of the past five years were presented, showing positive financial news and growth of baptisms. The seven hundred and some delegates had each received a large packet of materials 166 pages long that would seemingly answer all their questions. But when it came time for voting on officers and the second round of discussion on changes to the constitution and bylaws, things took a decidedly difficult turn that was complicated by Zoom. Why some changes were being proposed was not explained, and that led to more surprises.

Rick Labate, who has served as an associate for pastoral ministries, was elected to replace Rick Jordan in that vice-presidential spot. Labate was also a non-voting consultant to the Nominating Committee. But the constituents were not told that, or why Jordan was being dropped.  Incumbents VandeVere, Vazquez, and Laing were returned to their offices.

After the president was elected, Jeanine Jarrett, a delegate from the Seabrook Adventist Church, asked for the remaining slate of nominated officers to be referred back to the Nominating Committee, because a woman was not included in any of the positions. Weigley responded that the request had been asked at the wrong time during the meeting and that the entire slate could not be referred back. Potomac Conference has a long history of supporting and ordaining women in ministry and under Bill Miller has ordained and placed a significant  number of women pastors. But the appropriate time never arrived to consider Jarrett’s request, even though other delegates also tried to bring it back. Instead, Weigley said there had been vigorous discussion on the Nominating Committee about women’s representation, and that the situation would be addressed in the coming weeks. Presumably, that would mean as the other positions in the conference office are filled; however, that still would leave a woman out of the top officer ranks.

The meeting had begun with a vote to amend the Bylaws to allow for a Zoom meeting. The rest of the Bylaw items came later in the day. Most significantly, without much discussion, the constituency approved limiting the number of delegates per church to 25. It was a surprise to some that this measure passed, because it changes representation from being based on membership numbers to being by congregation. According to one conference official, the measure affects the four largest churches, especially Sligo; its representation, for instance, drops from around 60 to 25, a reduction in representation of 60%. The four churches that are losing delegates, some have noted, are the congregations that are the most ethnically diverse and have been enthusiastic supporters of women’s ordination.

There were more proposed changes to the Bylaws and they prompted a parliamentary debate that dragged on for over an hour. Eventually, the items were referred back to the Constitution and Bylaws Committee, meaning that they will come back for consideration at the next constituency meeting in five years.

Once the decision to return the items to the Bylaws Committee was made, the meeting was adjourned at 6:30 p.m., three hours past the time originally designated for conclusion. It had been a long day on Zoom with no official breaks. That there were also no official explanations for why major changes were being made, left some delegates saying they felt railroaded into decisions.