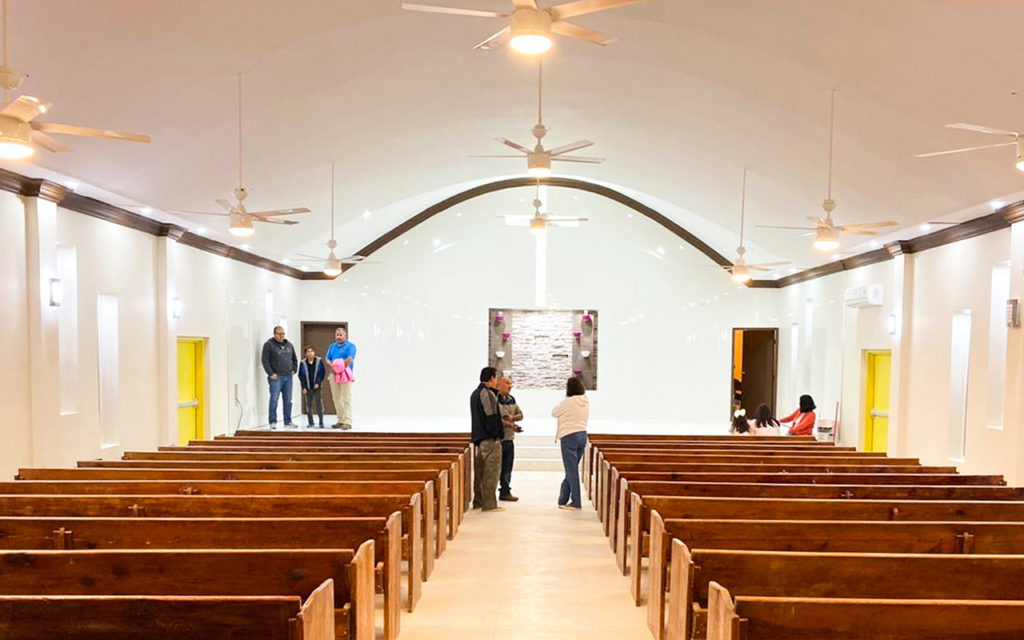 Several Seventh-day Adventist Churches in Sonora, in North Mexico, have been remodeled and new structures built thanks to an unprecedented initiative by the state government to support religious organizations that are providing a positive impact on society. The plan, led by Sonora’s Municipal Council of Agreement for Public Works, has already benefitted the expansion of 11 churches since 2018. Several more churches will get help in the coming months.

“This has been the only church conference which has received this support on behalf of the government throughout North Mexico,” said Carlos Flores, treasurer of the church in the North Mexican Union.

Before and after photo of the Los Olivos Adventist Church in Hermosillo, Sonora, Mexico, after its floors, platform doors, and ceiling were upgraded recently. Photo courtesy of the Sonora Conference / Inter-American Division.

The support for the construction and remodeling projects is a recognition of the Adventist Church in the community, said Pastor Guillermo Mendez, president of the church in Sonora. “The Adventist Church in Sonora is known for its impact with the I Want to Live Healthy community initiative and the I Want to Grow Healthy school initiative, as well as ongoing pathfinder clubs across churches, he said. “They [municipal leaders] take it as an important work and that is why they are willing to invest in the church.”

Three years ago the Adventist Church in Sonora analyzed its need for development so one of the goals was to organize a new church for every district during the next four years, explained Méndez. “In 2017 there were 18 districts in the state and the conference made the decision to assign 70 percent of the Development Plan offering was set for what the church coined as the ‘I am A18’ [H18] project based on Acts 1:8.” 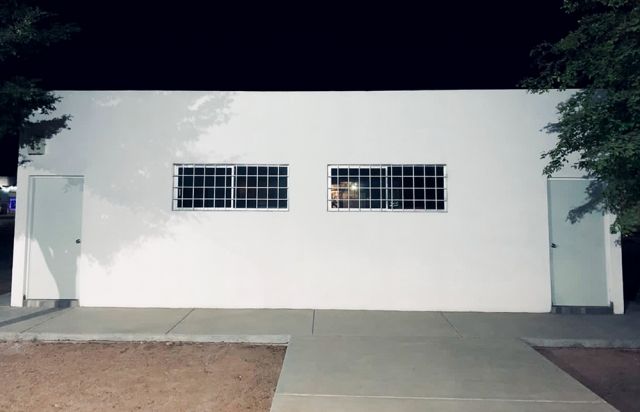 Multiple-purpose facility of the Casablanca Adventist Church in Obregón, Sonora, completed in November 2020, thanks to funds provided by the Sonora’s state government in North Mexico. Photo courtesy of the Sonora Adventist Conference / IAD.

“We began to dream and began to pray,” said Mendez.  Soon after with the collaboration of Engineer Lorena Martínez, who for several years worked for the municipal government, assisted the Adventist Church in applying for resources available.”

When the remodeling projects are submitted by properties owned by the Adventist Church and registered as a Religious Association as such, the municipal government oversees the plans and bidding of the project. “Neither church members nor administrators receive funds for the projects,” said Méndez. These are solely done with the district pastors, he said. A church member presents during an online transmission from the Casablanca Adventist Church’s multi-purpose in in Obregón, Sonora, Mexico. Photo courtesy of the Sonora Conference / IAD.

Because of the pandemic, churches have gone to online worship services, with members meeting occasionally in small groups with precautionary measures and some smaller activities for the community are held in the centers of influence, said Méndez.

Recently approved projects will see remodeling in the cities of Hermosillo and Nogales starting next month.

The Sonora Adventist Conference has more than 13,000 church members spread throughout 112 churches and congregations. To learn more about the projects and initiatives across the Seventh-day Adventist Church in the North Mexican Union, visit adventistasumn.org

This article was written by Keila Urbano for Inter-American Division News and was originally published on the IAD website.

Main photo: Several local church leaders visit the remodeling done at the Central Nogales Adventist Church in city of Nogales, Sonora, in North Mexico, recently. The church becomes the 11th project or church since 2018 which has benefitted from special funds from the state government in Sonora, for the positive impact they provide to the community. Photo courtesy of the Sonora Conference / Inter-American Division.