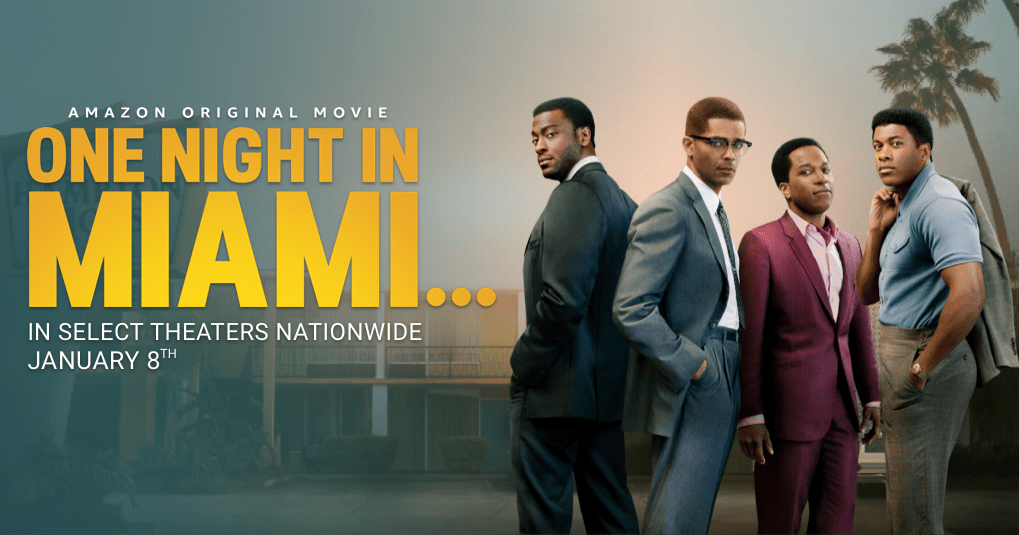 In this week’s Adventist news round-up, a Seventh-day Adventist actor plays Muhammad Ali in a new film, plus news from Nigeria, California, and Tennessee.

Seventh-day Adventist Actor Portrays Cassius Clay in New Film. According to DuJour, Seventh-day Adventist Eli Goree plays Cassius Clay (later Muhammad Ali) in the recent film One Night In Miami which tells the fictionalized story of a conversation between Malcolm X, Jim Brown, Cassius Clay, and Sam Cooke in 1964. The film depicts the humanity of four influential African American legends at the apex of their careers, while leaving some room for interpretation. Goree’s electric portrayal of Clay offers a look at the 22-year-old icon after having been crowned the heavyweight boxing champion of the world.

Goree admits that although there are a lot of differences between him and his character, there was one idea that he connected with in a very significant way. “The biggest correlation between our lives was our faith. I’m a Seventh-day Adventist Christian, and he’s a Muslim, and I just felt like I understood that kind of devotion.”

Throughout the film, Clay embraces his professional success while embarking on a personal transformation with pressures of the media, the government, the Nation of Islam, and more. “Clay was wise beyond his years,” Goree says, adding that it was a challenge to show the range of Clay’s layers from his victories to struggles. “We’ve seen him at other points in his life, and we’ve seen his story told in other ways, but this is a time that hasn’t really been explored,” says Goree. From DuJour, “Eli Goree Shines in One Night In Miami.”

Nigerian Adventist Nursing Students Suspended after Cafeteria Boycott. According to SaharaReporters, the Seventh-day Adventist School of Nursing, Lagere, Ile Ife, Osun State, Nigeria, has suspended seven students of the institution indefinitely for daring to protest against poor feeding in the school. The student nurses did not turn up at the cafeteria to eat due to the poor feeding,” the source said.

“As a faith-based institution whose interest is to train student nurses in moral and academic standing, we do not give room to truancy. You are to vacate the school premises immediately after receiving this letter and signing out the final clearance form. We do hope that this will help you develop a changed attitude to life,” the letter said. From SaharaReporters, “Seventh-Day Nursing School Suspends Students For Protesting Poor Feeding In Osun.”

Glendale Adventist Academy Teacher Arrested on Suspicion of Child Molestation. According to KTLA, Brett Mohr, a longtime teacher at Glendale Adventist Academy, was arrested on suspicion of child molestation February 1 after Los Angeles Police Department officials received allegations of inappropriate conduct by Mohr involving students. The incidents allegedly occurred at GAA where Mohr has been employed since 1998. Mohr has been charged with multiple felony counts.

In a statement, a spokesperson for the Southern California Conference of Seventh-day Adventists said officials take all allegations seriously. “Our first priority is always the safety of our students and their families. We will continue to cooperate with law enforcement. Pending confirmation that criminal charges have been filed for sexual misconduct, we are taking action to suspend his teaching certificate immediately,” the statement read. From KTLA, “Glendale teacher arrested on suspicion of child molestation.”

100-year-old LLU School of Medicine Grad Celebrates Her Birthday. According to the Salisbury Post, Elizabeth Lombard, known by many as “Dr. Libby” celebrated her 100th birthday, listening to more than 30 of her family members sing “Happy Birthday.” This is a very special day and a surprise,” Lombard said. “It’s been wonderful.” As a Seventh-day Adventist, Lombard has always eaten well and has not smoked or drunk alcohol which may account for her longevity.

Lombard cared for Rockwell, Tennessee, residents and was a fixture in the community during her 50-year medical career, having delivered about 3,000 babies as a nurse and a doctor. Trained as a registered nurse at Erlanger Hospital in Chattanooga, Tennessee, Lombard started her medical career by working for her brother-in-law, Dr. Joseph Oliver at his practice in Rockwell in 1940. After six years as Oliver’s nurse, Lombard returned to school and eventually earned her degree from Loma Linda University School of Medicine in California where she was one of only five women in her 92-person class. Lombard returned to Rockwell in 1954 and opened her own practice, where she saw patients up until her retirement in 2004. Lombard’s office, with its signature ticking cat clocks, was a place where her patients felt at home.

“People in the community love her; she made a difference in a lot of people’s lives because she was sympathetic and knew what she was doing,” said Joe Oliver Jr., who traveled from Midway, Kentucky, to be at Lombard’s birthday surprise. From Salisbury Post, “‘Everybody needs an Aunt Libby:’ Family celebrates 100th birthday of Rockwell doctor Elizabeth Lombard.”

Image courtesy of One Night in Miami / Amazon Studios.