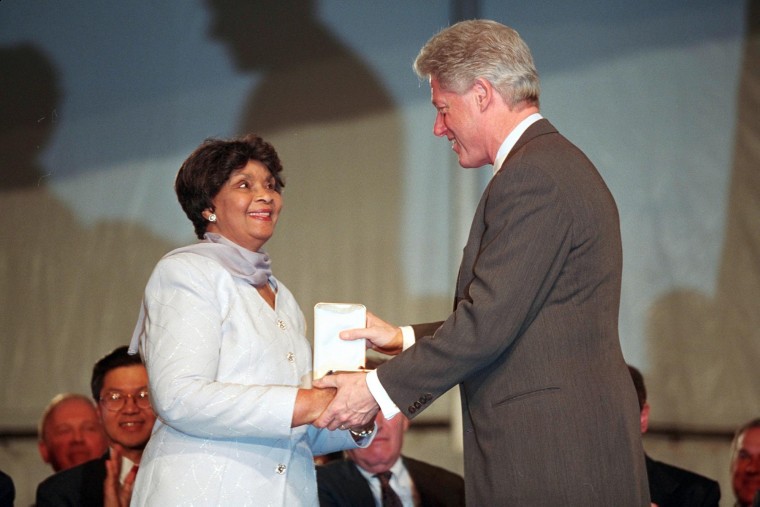 This is the final installment in the series highlighting the experiences of three African American Adventists who faced racial injustice in America while taking public transportation. Read Part 1 here and Part 2 here.

The 27-year-old mother had just lost her beloved baby. She hadn’t given birth — it was a miscarriage — but she loved that baby as much as she loved her boy and girl that she did give birth to, loved it as if she had borne it and nursed it and raised it.

Irene was in Gloucester County, Virginia, in a speck of a settlement called Hayes Store, visiting with kinfolk after her loss. Her mother’s people had lived in Tidewater Virginia since the early 1800s, all the day long scorched by the relentless sun, watering the tobacco crops with their sweat. The close-knit Hayes Store community had encircled her in their embrace, and the slower, simpler pace of life was like a salve to her wounded soul. The familiar grit that enabled her to survive the tribulations of this life was back in her bones.

Irene would leave her two kids, Junior and Brenda, with family in Hayes Store, and come back for them in a week or so. In that time, she would return to Baltimore to see her husband Sherwood, get cleared by the doctor so she could resume her job at the plant, building bombers for the War, and then fetch her kids and bring them back home. Then her family of four would be reunited. 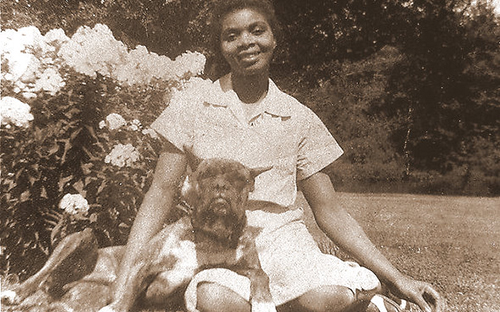 The morning heat was sweltering as Irene waited for the Greyhound to arrive on that 16th day of July in 1944. When the lumbering bus finally pulled up and stopped, just glancing at the open windows Irene could see that it would be a long, hot ride to Norfolk. The bus was packed to the gills, with whites seated in the front, Blacks seated in the back, and some Black men standing up, hands grasping the overhead bars.

Irene boarded the bus, handed the ticket to the driver, a white man, who glanced at it, tore off a piece, and gave it back to her. Irene faced the bus’s interior. Not an empty seat in sight. As she scanned the passengers, Irene caught the questioning look of a Black woman about her age: “Do you want to sit on my lap?” Irene nodded, relieved, and made her way to the woman. Before she could sit down the bus lurched forward and she fell onto the kind woman.

At a stop in Saluda, Virginia, two passengers exited the bus, and, apparently no one was boarding. After a minute or so Irene rose from the woman’s lap, sore and cramped, and thanked her. Irene made her way to the vacant seat three rows from the back; a Black woman with an infant had just occupied the other open seat right next to it. The sight of the adorable baby gave Irene a pang of sadness. Irene smiled at the woman and made a funny face at the baby. The little infant cooed.

A white couple was in the row behind Irene, technically making her and the Black mother’s choice of seating illegal according to a Virginia law prohibiting racially mixed seating on public transportation. But as long as there were no whites who were standing, Irene thought it should be fine.

Just as the driver put the bus in gear and was about to pull the lever to close the door, a white couple rushed in. The man and the woman’s eyes moved up and down the rows. Determining that there were no open seats, they turned to the driver expectantly. The driver scanned the passengers, quickly figuring who had left most recently and who had taken their seats. His eyes locked on Irene and the lady next to her.

“You’ll have to get up and give your seats to these people,” the bus driver hollered.

The law was on his side. This was the South. This was the 1940s. The two Black women were legally bound to give up their seats for the white man and woman.

The mother next to Irene rose with her baby and nervously gathered her things.

“Sit down. Where do you think you’re going with that baby in your arms?” Irene demanded.

The woman responded with a distressed look, then clutching her baby to her chest, hurried to the rear of the bus.

The white woman walked to the seat and brushed past Irene, plopping down. Her husband looked at Irene expectantly, as did the rest of the bus.

“Get up and go to the back of the bus,” yelled the bus driver to Irene. “We have to get going.”

But Irene didn’t budge. “I paid my fare. I’m not getting up,” she announced.

A murmur rose from the passengers. Hatred and contempt twisted the faces of some white and Black passengers, while others looked scared for the young Black woman.

“I’ll have you arrested and tossed off this bus if you don’t vacate your seat now,” the driver spat out, livid.

“Then you’ll have to arrest me,” Irene replied, her body entrenched in the seat.

The bus driver glared at Irene, his expression both disbelieving and furious. He cursed loudly, running down the steps and out of the bus. He was heading to the sheriff of Middlesex County’s office just a couple of blocks away. 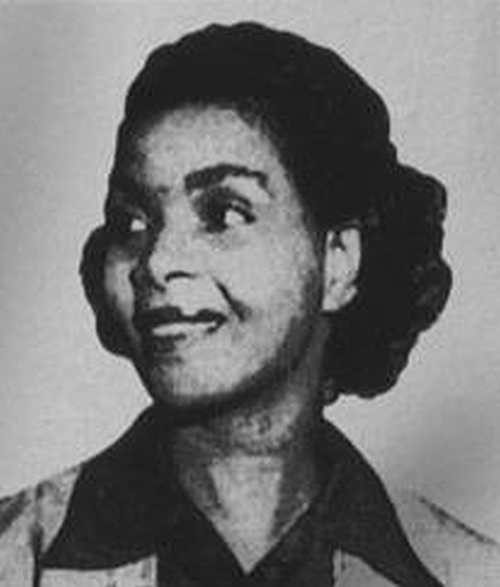 In the next tense minutes, there was a cacophony of voices in the bus. Passengers from different parts of the bus made appeals to Irene to comply. Throughout it all the 27-year-old Irene sat, unperturbed, ready for anything. Of all she had been through in the last couple of weeks, losing her baby and getting all kinds of sick, she wasn’t going to put up with anything from anybody. She had paid for her seat, and they were going to have to drag — The bus driver bounded through the door and up the steps of the bus, accompanied by two burly men in uniform. Wide-eyed and crazed, the driver pointed to Irene. The officers, sheriff, and deputy of Middlesex County charged toward her.

“Get up!” the sheriff snarled, feet away from Irene.

Crowding her, the sheriff shoved an arrest warrant in her face. When she didn’t move to take it, he dropped it in her lap.

“You don’t even know my name,” Irene said to him, and picked up the piece of paper, tore it to pieces, and tossed it out the window.

Enraged, the sheriff then made a grave mistake.

“He touched me,” Irene Morgan stated in an interview. “When he put his hands on me, I kicked him where men should not be kicked.”

Irene planted a foot squarely in the sheriff’s testicles, is what she did.

“He hobbled off,” she recalled, chuckling.

The deputy was up next.

“He was trying to put his hands on me to get me off. I was going to bite him, but he was dirty, so I clawed him instead. I ripped his shirt. We were both pulling at each other,” Irene said.

“He said he’d use his nightstick. I said, ‘We’ll whip each other.’”

Another officer joined the fracas, and he and the deputy finally subdued Irene, clutching her by the arms. Later there would be bruises.

“Wait till I get you to jail, I’ll beat your head with a stick,” Irene recalls the deputy telling her.

And so, the wife and mother of two, who recently had a miscarriage, roughed up by three male cops, spent a lonely seven hours in a dingy county jail cell, on the charges of resisting arrest and violating a Virginia public transportation statute, a world away from her husband and home in Maryland, her kids and kin in Hayes Store. Throughout the whole ordeal, Irene said that she never had an ounce of fear.

Irene’s mother bailed her out with a $500 bond that afternoon. As Irene ambled out of the county sheriff’s office, the policemen sneered triumphantly at this Negro woman from Baltimore.

“Little did they know they hadn’t seen the last of me,” Irene remembered.

The events that happened next were pivotal in U.S. history.

Irene Morgan appeared before a Middlesex County Circuit judge, representing herself with no legal counsel. The Ku Klux Klan had posted a threat to Irene’s life on the court wall the day of her trial.

When asked if she was scared of the KKK notice, Irene told an interviewer, “You know, I had heard that, but you know, they never frightened me. Nothing ever bothered me as far as that was concerned because I was too busy with my children and my life, and I just moved from that point on.”

Interviewer: “You just didn’t want to be stopped, did you?”

The judge fined Irene Morgan $100 for resisting arrest and $10 for violating the public transportation segregation law.

Irene Morgan did indeed take her case all the way to the Supreme Court. To make a long story of almost two years of legal battles short, her case was taken up by a brilliant young Baltimore lawyer named Thurgood Marshall and his team, backed by the NAACP. On June 3, 1946, in the case of Irene Morgan v. Commonwealth of Virginia, the U.S. Supreme Court ruled 6-1 in Irene’s favor, declaring “seating arrangements for the different races in interstate motor travel require a single, uniform rule to promote and protect national travel” and stating that segregation on interstate passenger travel was unconstitutional. Racist public interstate transportation laws had been overturned, courtesy of Irene Morgan.

The next summer the Freedom Riders tested the Supreme Court’s decision by riding public buses throughout the Southern states. They sang these lyrics that historic summer:

On June the third the high court said,

When you ride interstate Jim Crow is dead.

Get on the bus, sit anyplace,

’Cause Irene Morgan won her case.

You don't have to ride Jim Crow.

The Morgan v. Virginia case has been credited as being among the catalysts for the Brown v. Board of Education decision of 1954, Rosa Parks’ bus protest in 1955, and the successes of the Civil Rights Movement in the 1950s and ’60s.

Near the end of her life, Irene was recognized by the nation for her stellar contribution. In 2001, President Bill Clinton awarded Irene Morgan Kirkaldy with the Presidential Citizens Medal for her courageous seated stand. The inscription on the medal read: “When Irene Morgan boarded a bus for Baltimore in the summer of 1944, she took the first step on a journey that would change America forever.” 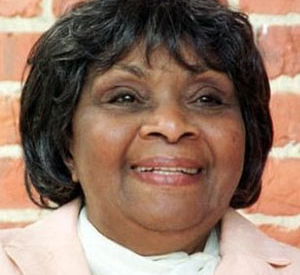 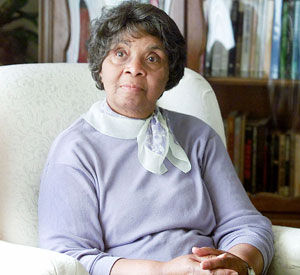 These sources were used to construct the narrative:

Images of Irene Morgan provided by the author (public domain).