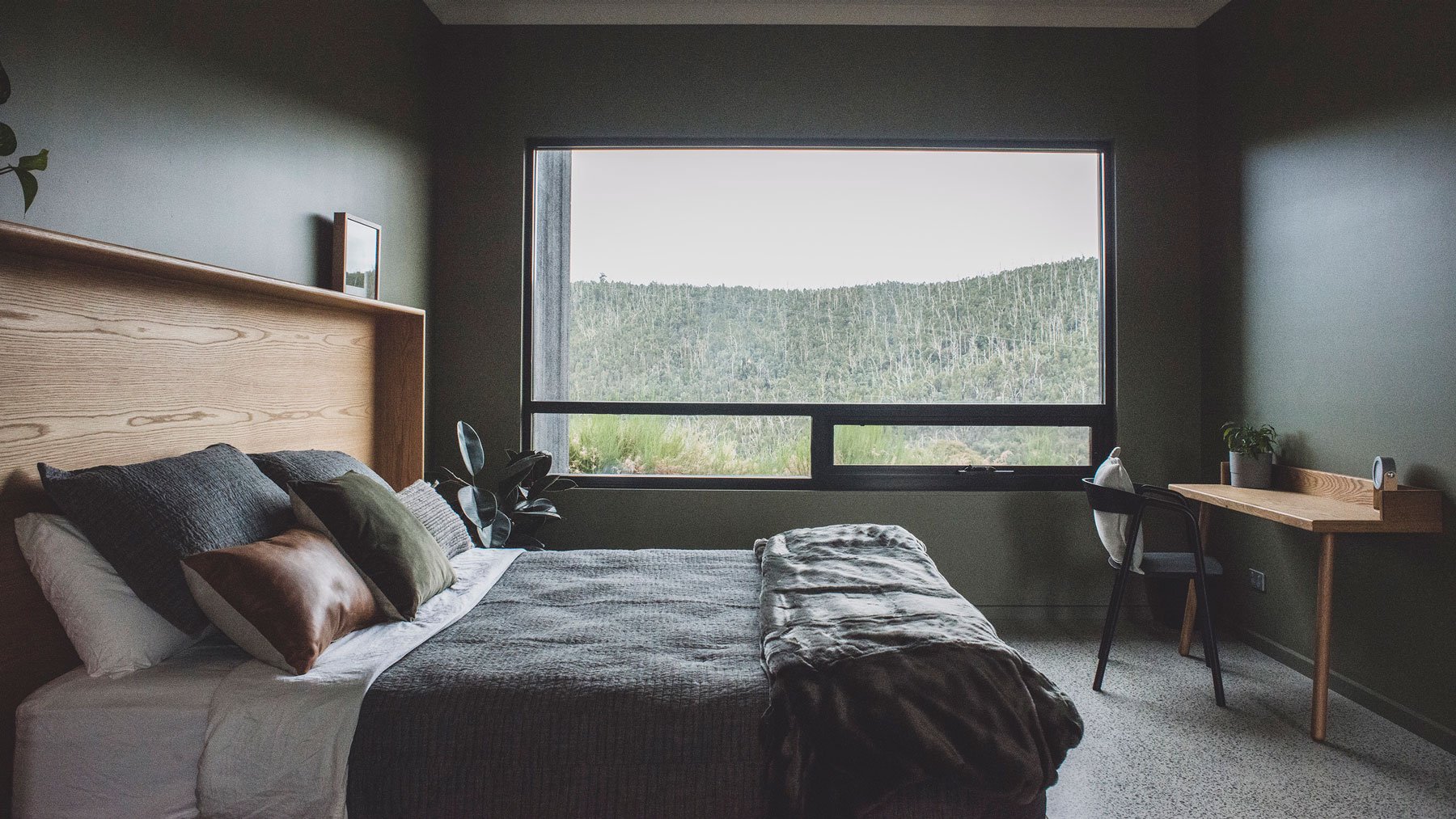 Allowing the effects of nature to aid in the healing process was a driving force when designing The Retreat.

On their fifth wedding anniversary, Nic and Kerilee Bolto made a pact. Speaking openly about traumatic incidents they’d each experienced, they wanted to create a space where people in similar situations could come to take time out, process, and heal—a retreat, if you will.

Over the next several decades, the couple worked to turn their dream into reality. They secured a plot of land, and hundreds of volunteers extended their time, donations, and talents to build, landscape and style the property. Set against Mt Cathedral in Buxton, a mere 90 minutes from Melbourne, The Retreat is 53 acres of architectural prowess and design perfection. In the few months it’s been open, it has been listed in Vogue Living as a top destination for the Yarra Valley and recently won the Global Health and Pharma’s “Best Life Renewal Project” for Victoria in 2020. But stunning design aside, The Retreat isn’t your typical bed and breakfast—it’s a ministry. 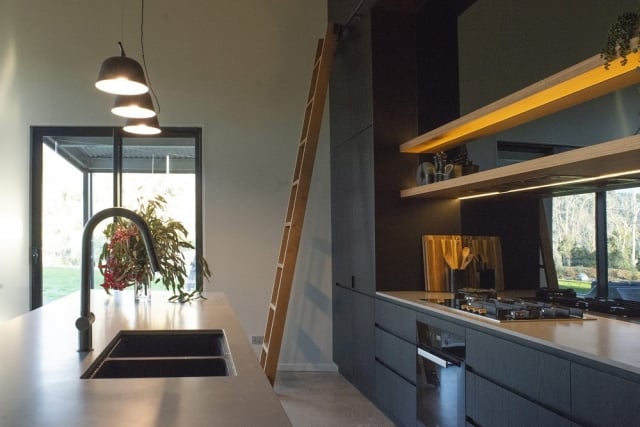 “For me, The Retreat was a response to the shock death of two of my brothers,” says Nic, who attends Wantirna Adventist Church in Melbourne’s south east. “Kerilee and I were very aware of how limited services are for people who are reacting to crisis, and often how great the need is. If someone’s processing of trauma is not well managed, the consequences can be devastating.”

“Originally, it was our idea to have The Retreat be entirely a charity: people who stay, do not pay,” adds Kerilee. “But as we went along and we invested more. . . we needed The Retreat to be able to service the debt.”

To balance their dream of serving others with mounting costs, the couple came up with a unique payment system. The property is listed on Airbnb to book as standard accommodation for families or couples looking for a getaway. That money is then divided: part of it goes toward repaying debts, while the rest is paid forward, allowing people who are looking to heal from traumatic experiences to stay for free.

“It was also our intention to always have a host couple onsite to provide light touch pastoral care to those who come to stay, and Nic and I plan to be that couple from early December this year,” says Kerilee. “We will vacate for paying customers, only as much as is needed to cover costs.” 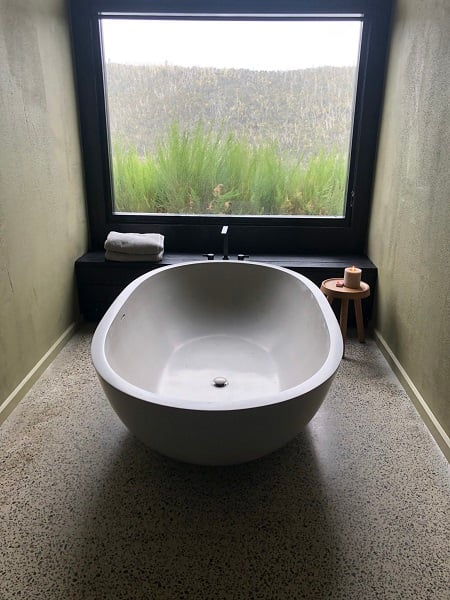 Paying guests are really pleased to hear the proceeds are going to strengthen our community. And the ministry is already making a difference in the lives of those who stay. The Retreat’s first ever guest, Elaine told Nic she hadn’t been able to get a full night’s sleep since losing her husband in a major family violence incident.

“But my first night at The Retreat, I slept through and woke at 9 o’clock in the morning!” she said. “Being surrounded by nature—and by caring people—has been truly wonderful.”

Allowing the effects of nature to aid in the healing process was a driving force when designing The Retreat. “Bring the outside in” was the brief for the then student architect Joel Wilson, who agreed to take on the project after bumping into Nic on a Melbourne train one morning. Floor to ceiling windows line one side of the building, overlooking the garden, and allowing natural light to flood through. Each of the five bedrooms, all with ensuites, are swathed in earthy, natural tones, with spacious windows and artwork of local flora and fauna. And in honour of Nic’s late mother, a dedicated “bath” room, with a solid stone tub that faces out over the mountains—Kerilee’s favourite spot. 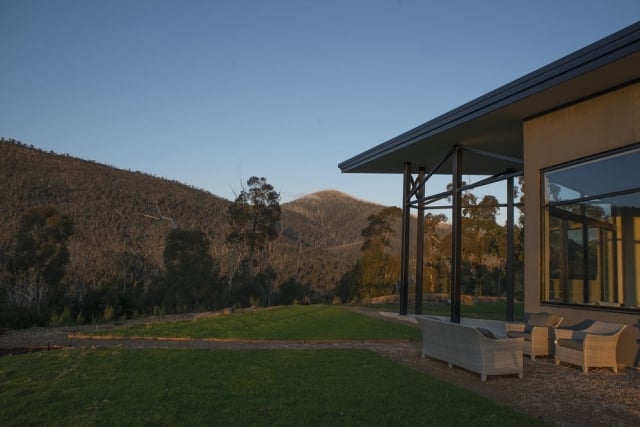 But it’s the outdoors that truly makes The Retreat a haven. When feet stop crunching the gravel, there is nothing to be heard but the occasional call of a bird. It is calm, it is peaceful, and it’s in this silence that Nic and Kerilee believe there is something special.

“God speaks to me very clearly in the wild, so it was intuitive to find a setting that was deep in the outdoors,” says Nic, who recalls how he drew closer to God as a Pathfinder hiking in the very mountain ranges where the property now sits.

Through their own unwelcome experiences with trauma, Nic and Kerilee’s ministry isn’t just a pretty place to stay—it’s a reminder that there is hope, a chance to let go, and an invitation to press forward.

“The Retreat is located in a harsh and remote setting that works well as a metaphor for recovery,” says Nic. “The region was wiped out in the Black Saturday bushfires, but the natural setting demonstrates how we do recover, however bad the incident.”

The author and her family stayed as guests at The Retreat. 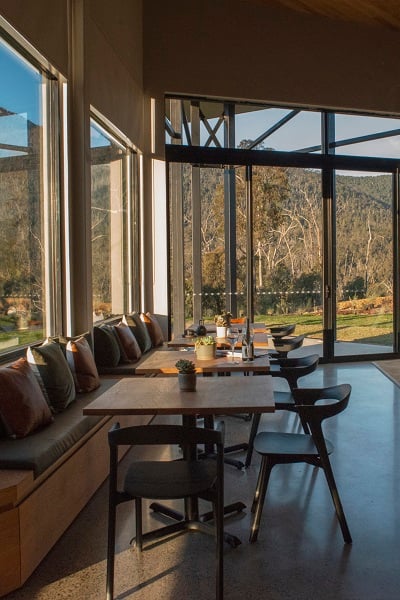 Maritza Brunt is a stay-at-home mum and part time journalist who attends Wantirna Church in Victoria.