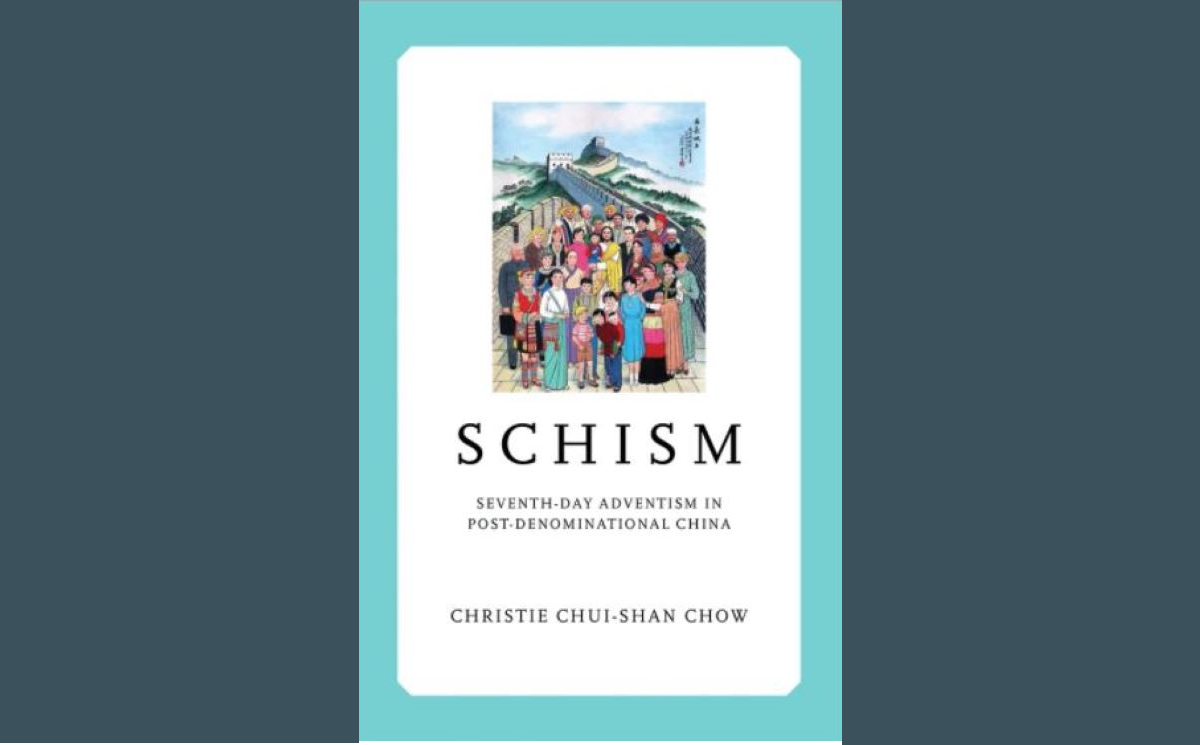 In this week’s news round-up, a new book documents Adventism in China, The Adventist church in Antiqua will not be providing religious exemptions for COVID-19 vaccinations and other stories.

New Book Documents the Life of Chinese Adventism. Schism: Seventh-day Adventism in Post-Denominational China, the first monograph that documents the life of the Chinese Adventist denomination from the mid-1970s to the 2010s, will be published on October 15. In this book, the author Christie Chui-shan Chow, an independent scholar of global Christianity and Chinese religions, explores how Chinese Seventh-day Adventists have used schism as a tool to retain, revive, and recast their unique ecclesial identity in a religious habitat that resists diversity.

Publisher of the book, University of Notre Dame Press, introduces that, “This book locates the Adventist movement in broader Chinese sociopolitical and religious contexts and explores the multiple agents at work in the movement, including intra-church divisions among Adventist believers, growing encounters between local and overseas Adventists, and the denomination’s ongoing interactions with local Chinese authorities and other Protestants. The Adventist schisms show that global Adventist theology and practices continue to inform their engagement with sociopolitical transformations and changes in China today.”

Chow holds a doctorate in religion and society from Princeton Theological Seminary.  Her work demonstrates how “Chinese Adventists adhere to their denominational character both by recasting the theologies and faith practices that they inherited from American missionaries in the early twentieth century and by engaging with local politics and culture,” by searching into unpublished materials, fieldwork, oral history, and social media contents.

This book is the first release of a new book series, Liu Institute Series in Chinese Christianity, by Notre Dame Press in collaboration with the Liu Institute for Asia and Asian Studies, which will examine several denominations of Christianity in modern China.  According to the Liu Institute, nine books are expected to follow, releasing approximately one per year. Alexander Chow, senior lecturer in theology and world Christianity at the University of Edinburgh, serves as the series editor.

From China Christian Daily: “New Book on Seventh-day Adventism in China to be Realeased in October”

Antigua Seventh-day Adventists Will Not Be Given Denominational Exemption for COVID Jab. In Antigua, members of the Seventh-day Adventist denomination are being advised that the church will not be writing religious exemptions for parishioners reluctant to get a COVID jab. The South Leeward Conference, the grouping under which Seventh-day Adventist churches in Antigua and Barbuda fall, has issued a missive announcing the church’s stance. President of the Conference Dr. Carson Greene explained that while the right of individuals to be vaccinated or not is respected, he urged members to understand that religious exemptions can only be issued for matters that the church considers in conflict with the Bible. Greene said since the SDA church does not consider the vaccine to be an issue of sin and salvation, or a violation of biblical principles, it cannot issue such exemptions.

“We don’t think that the vaccine is in that category. We don’t think it is against the principles of the church. We have a position on the vaccine, so we can’t turn around and exempt people. If a person has a medical reason, they should go to their doctor,” Greene explained.

The pastor is asking members to respect one another’s choice and not to allow this matter to be a divisive one. “If you are a member of the church and you decide not to take the vaccine, I am going to love you just the same. I personally took the vaccine, but if you feel that you shouldn’t take it, it’s not going to cause me to relate to you in any negative way, but we do understand that it is a divisive issue as is evident in the world and respected in the church as well,” Greene added.

The top official did however admit that the church anticipates a backlash from some due to its stance. “We do anticipate that. We can’t please everybody. Some believe that they should take the vaccine. Some believe they shouldn’t take it, but at the end of the day everybody has to make up their own mind.

“The church encourages responsible immunization, and we don’t have as a policy that people shouldn’t take vaccines. There are lots of people who are saying that but that’s not where the church is,” he added.

“Some have charged the church with silence and others have put forth their own views on what the church should or should not do. As you may be aware, the Seventh-day Adventist Church has health as one of its major emphases. “We operate an extensive network of health institutions and encourage members to practice healthful living as part of our religious duty. Contrary to what some have publicly expressed, the church is not silent on this matter,” Greene said.

“Since the outbreak of the COVID-19 pandemic, the General Conference’s health department has maintained a dedicated COVID-19 page on its website which has been devoted to providing information on a wide range of topics related to COVID-19,” Greene noted.

Vaccination Rift Rocks Jamaican Adventists. Conspiracy theories and anti-vaxxer sympathies are reportedly making inroads within Seventh-day Adventism, the most populous denomination in Jamaica, chipping away at confidence in the national vaccination drive. The revelation comes as Adventists skeptical of the vaccines are apparently being influenced by charismatic leaders such as executive secretary of the North Jamaica Conference, Pastor Astor Bowers, who publicly declared on June 18 that he had made up his mind in 2020 not to take the jab because he was distrustful of the science.  Not even the death of two close relatives and the hospitalization of his spouse, owing to the COVID-19 virus, has convinced a hesitant Seventh-day Adventist pastor in Montego Bay, St James, to embrace vaccination.

During an interview with host pastor Karl Archer on the popular Journey of Faith program streamed on YouTube and Facebook, Bowers said that he had been listening to a group of reputable doctors who questioned the validity and efficacy of vaccines. He urged adherents to embrace the church's core message on health and well-being.

Pastor Everett Brown, head of the Jamaica Union Conference, said that the church believes in the efficacy of vaccines and encourages compliance among its members but does not back mandatory take-up, but he said that opponents of vaccination would not be censured by the denomination.

Charles Brevitt, stewardship director of the West Jamaica Conference, strongly opposes the characterization of the vaccine as the “Mark of the Beast”—the apocalyptic sign of a feared rise of the antichrist—an argument being posited by some adherents. He also hinted that some members have requested official letters from the church endorsing anti-vaccination. “The church cannot give those letters, because we are not (against the vaccine),” Brevitt said.

Adventist Nonagenarian Twins Celebrate Their Birthday Together. Sisters Audrey Mustow and Betty Carter recently celebrated their 95th birthday together. Audrey met her future husband, Derek Mustow, at Newbold College, a Seventh-day Adventist school in England. Upon his graduation, Derek was a singing evangelist in England, Scotland, and Ireland. A skilled pianist and organist, Audrey was a valuable part of the ministerial team. Audrey resides in an independent living facility in Clarksville, Tennessee, not far from family members. She leads a morning prayer group and plays the organ there.

Betty married Herbert “Bert” Carter, who was from Wales. At 14, he moved to Watford, England, and began as an apprentice at the Adventist Stanborough Press. Betty now lives in Greenbrier, Tennessee, with her daughter and son-in-law Tony Estella.

She still knits; many families have been gifted with her hand-knitted baby blankets. Other blankets have been sent to Vanderbilt’s Children’s Hospital for cancer patients, and more recently to Sarah Cannon Cancer Center.

The nonagenarians Skype each other every day at 6 p.m. They both have had serious health problems and lost their spouses, but they keep a positive attitude, always put God first, and maintain their trust in Him.

Pam Dietrich taught English at Loma Linda Academy for 26 years and served there eight more years as the 7-12 librarian. She lives in Yucaipa,