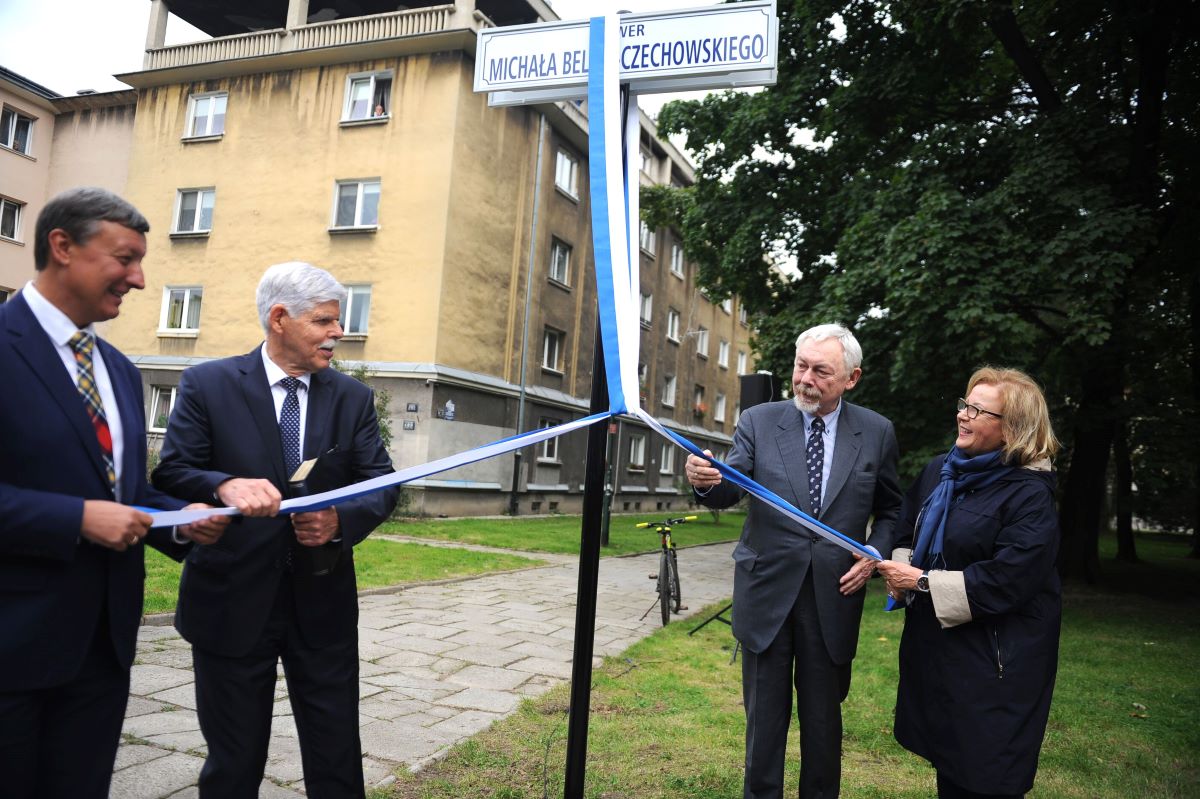 Michał Belina-Czechowski, the first foreign missionary of the Seventh-day Adventist Church, became the patron of the square in Poland, which was officially opened by the mayor of Krakow on September 25, 2021.

Many official guests were present at the naming ceremony, including members of Parliament, the marshal of the Province, the mayor, and city councilors. 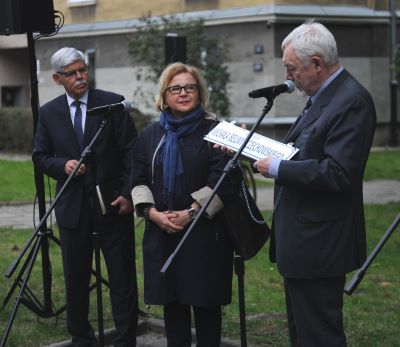 To mark the occasion, there are also plans to organize an open-air Bible exhibition, called “The Bible. The Bestseller of All Time” at the foot of the Wawel Castle, one of the most historically and culturally important sites in Poland. Also using this opportunity to advertise the Adventist Church by distributing 100,000 copies of the magazine Signs of the Times in the local newspapers.

“We are glad that for over 100 years the Seventh-day Adventist Church has been cultivating Protestant religious and social customs in Krakow. Krakow is an open city, friendly to all residents, and our strength is diversity and openness,” said Mayor of Krakow, Jacek Majchrowski during the ceremony.  “We are doing our best to ensure that people with different worldviews, representing various minorities, including religious minorities, feel well here,” he concluded.

“Poland had many outstanding citizens who were not afraid of changes. They were great patriots. For example, Nicolaus Copernicus, who, apart from his amazing skills, also showed admirable courage. Michał Belina-Czechowski displayed similar courage. He acted uncompromisingly both as a patriot, the first European missionary of the then new religious community, as well as a pioneer of abstinence movements,” states Pastor Ryszard Jankowski, president of the Seventh-day Adventist Church in Poland.

Michał Belina-Czechowski was born exactly 203 years ago, on September 25, 1818, near Krakow. He was the first missionary of the Seventh-day Adventist Church who went to Europe despite the lack of official approval from the Church leadership. Previously, he was involved in patriotic activities, and the fate of Europe and Poland was very important to him.

“Due to his actions for the benefit of the country, he was forbidden to enter Poland, which was his greatest dream. The centenary of the Krakow congregation this year became a beautiful pretext for the symbolic return of Belina-Czechowski to Krakow,” explains Pastor Marek Rakowski, secretary of the Seventh-day Adventist Church in Poland, who applied for naming the square after Czechowski.

During the jubilee service, Iwona Gibas from the board of the Małopolskie Province awarded the honorary badge of the Małopolska Cross to Krakow representatives of the Church.

“Getting to know your community is a great experience for me,” says Małopolskie Voivodship Marshal, Ms Iwona Gibas.  “I have asked the Board to award you the highest distinction of the Golden Cross rank for your 100-year service to the inhabitants of Krakow—for the good works and for spreading the lessons of a healthy lifestyle—contrary to appearances, this is also a very important educational activity that Adventists are actively undertaking,” she remarked. 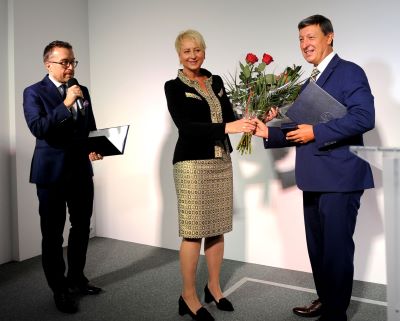 Among the guests were representatives of the public administration as well as religious associations and NGOs present in Krakow and, due to the restrictions because of the pandemic, the service was held in two parts.

The focal point of the celebrations was a retro service organized by the local church members as well as planting several hundred shrubs in Krakow. This was well covered in the local media including the comment from the local pastor, “The ideas of pro-ecological activity are very important to us and is also inscribed in the principles of the faith of the Adventist Church. We believe that when God gives us a place to live, He wants us to take care of it in the best possible way. It is an ethical duty for every Christian."

He further explained, “We have been living ‘in’ and ‘for’ Krakow for 100 years. We promote healthy life and vegetarianism. After World War II, we were the precursors of abstinence movements in Poland, cultivating the heritage of one of the founders of our Church, Ellen White."

In Krakow, especially after World War II, as the least damaged Polish city, there were numerous institutions important for the Church, such as a theological seminary and a publishing house.

“After World War II, foreign officials of the Adventist Church worked with the Krakow city authorities to establish the identity of orphans and widows from the Auschwitz concentration camp, as well as donating food and clothing for them. The Adventist community was also active during the martial law in the 1980s, providing residents with gifts from abroad,” emphasised Mayor Majchrowski.

Adventists are known for their charity work in the area. In the 1980s, they organized free programs to help quit smoking, in attendance were approximately 10,000 people, out which 80% successfully quit smoking. Since the 1990s, they have run a local branch of a public benefit organization, providing total aid worth PLN 115 million (over USD 29 million) and in the period from 2006-2014, they handed out 118 tons of food for the Krakow Food Bank. 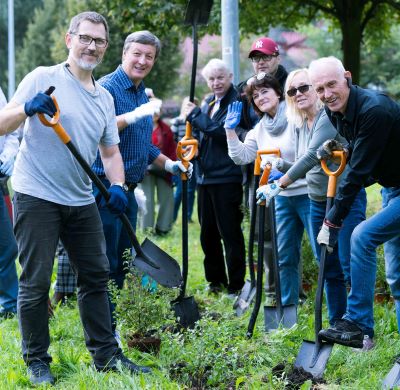 Krakow Adventists also operate on an international scale by participating in social campaigns opposing domestic violence End It Now or encouraging local leaders to enable education for all children regardless of gender, origin or race with the Every Child. Everywhere. In School. campaign, and as part of the ADRA Polska Adventist Foundation, local followers sponsor, among others, the education of girls in Kenya and albinos in Tanzania.

The History of Adventist Church in the Area
In 1920, eight women founded the Adventist church in the area and over the years, 58% of the congregation were women. Only one in four believers was born into an Adventist family, the rest (75%) converted from Catholicism.

Poland, which is part of the Trans-European Division, is a country with a population of 38 million with approximately 6,000 Adventists. “It is all the more miraculous for us to give the square in the second largest Polish city the name of Michał Belina Czechowski, an Adventist,” admits Pastor Rakowski, one of the organizers of the event.

When asked for comment on this story, Rajmund Dabrowski—longtime leader in Adventist Church communication around the world—says, "I am very proud to see the Seventh-day Adventist Church in Poland publicly engaging with local community leaders and with the media to commemorate Czech­owski's work as a pioneer and reformer." Dabrowski, who has done extensive research on Czechowski, notes the following:

James White referred to him as “our good Brother Czechowski.” James and Ellen White often gave money to support Czechowski's missionary activities among immigrants in New York and Vermont. He wrote and published an autobiography entitled Thrilling and Instructive Developments: An Experience of Fifteen Years as Roman Catholic Clergyman and Priest (1862). Initially the church supported his work, but its leaders were not yet ready to support a foreign mission, because of a lack of funds. Experiencing continued difficulties to support himself and his family of six, and eager to return to Poland, Czechowski set his sights on moving back to Europe and becoming an Adventist missionary there.

For more on Czech­owski's early life in Poland as a forward-looking priest, his close ties to the first generation of Adventist leadership, and his complicated return to Europe as a missionary, read Dabrowski's information-packed article by clicking here.

The original stories that were combined in this article were first published on the Seventh-day Adventists in Krakow website. To see more photos, please visit the Adventist Krakow Facebook page.