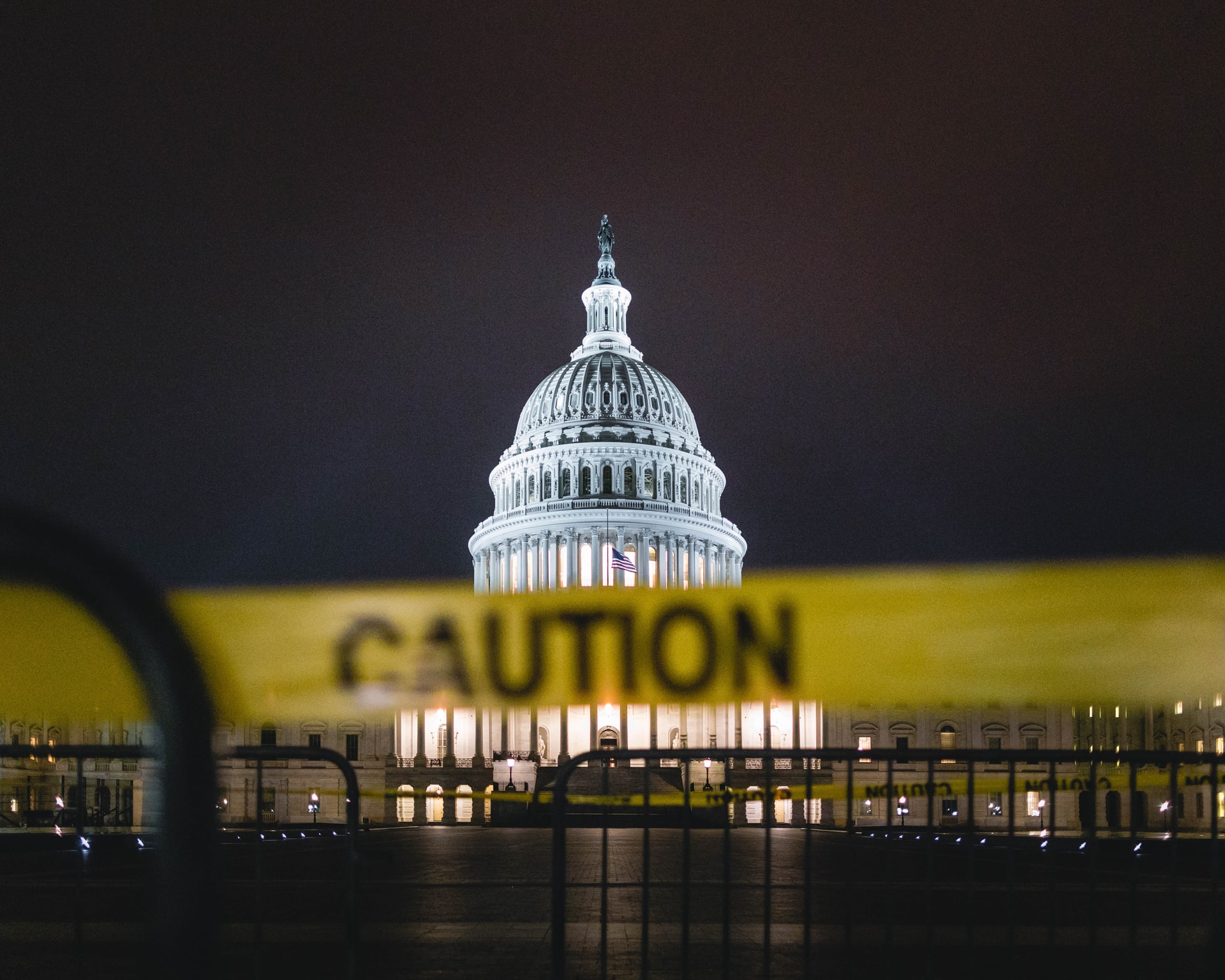 Where does the Adventist Church stand regarding Christian nationalism?

The world saw many shocking images as rioters forced their way into the U.S. Capitol on January 6, 2021, but for me, one of the most disturbing was of a large flag unfurled outside the Capitol. Designed to look like a campaign banner, the flag suggested that the unfolding chaos had an endorsement from an unlikely source. It read, “Jesus 2020.”

Christian leaders from many denominations were quick to condemn the violence in Washington, D.C. Yet, in recent days, some observers have suggested that a particular worldview, known broadly as Christian nationalism, may actually have played a part in motivating at least some of those who rampaged through the halls of Congress.

Others, though, are adamant that even if some of the rioters invoked Christian symbols or sentiments, their actions bear no resemblance to true Christianity. For this reason, they say, any attempts to paint Christianity as a motivating force in the event are either misguided or malicious.

So, how can people of faith — how can Seventh-day Adventists — start to untangle these competing claims? Did the violence of January 6 stem, at least in part, from a certain view of Christianity and its perceived role in the civic affairs of the United States?

What Is Christian Nationalism?

Christian nationalism as an ideology is neither new nor uniquely American. Its influence has been studied and documented in the political life of many countries through history — from Great Britain to Germany to Russia. Its impact has waxed and waned through the years, but it’s clear that forms of this ideology have at times played a part in shaping the political discourse of this country and many others.1

One of the hallmarks of Christian nationalism is an attempt to link Christianity closely with national identity — the idea that to be a true patriot, one must also be a Christian. Another common narrative is that of “threat and struggle.” That is, individuals believe that hostile forces are assailing a once-Christian nation, and Christians are therefore called to battle these forces to regain lost territory for their faith. Within this narrative, other faith groups and minorities are sometimes labeled as threats to Christianity.

It’s hardly surprising, then, that the ideology of Christian nationalism is shot through with ugly threads of hate: anti-Semitism, racism, and a sometimes violent hostility toward any ethnic or religious minority that is perceived to be out of step with the dominant form of Christianity.

Where Do Seventh-day Adventists Stand?

The Seventh-day Adventist Church is absolutely clear on how it views Christian nationalism: this ideology is antithetical to our theology and beliefs and alien to our deeply held values.

A helpful overview of our church’s unique understanding of church-state relations can be found in a document adopted by the Council of Interchurch/Interfaith Faith Relations of the General Conference in March 2002, which is posted on the Adventist Church’s website. It reminds us of the clear biblical framework and prophetic counsel that undergirds how the Adventist Church and its members should relate to the civic realm.

A key idea found here is a warning against partisanship. The principle is both clear and simple: the church, its various institutions, and its representatives will never align with any political party or political ideology.

Another principle is that as a denomination, we will not seek political preference, and we do not “use our influence with political and civil leaders to either advance our faith or inhibit the faith of others.”2 In fact, around the world, within many different political contexts, we forcefully advocate against the alignment of any religious group — Christian or otherwise — with political authority.

This idea is summed up well in the Declaration of Principles of the Adventist journal Liberty, first published as The American Sentinel in 1886: “Attempts to unite church and state are opposed to the interests of each, subversive of human rights and potentially persecuting in character; to oppose the union, lawfully and honorably, is not only the citizen's duty but the essence of the Golden Rule — to treat others as one wishes to be treated” (see About Us & Contact).

At times, the Adventist Church will take a position on a specific public policy issue that aligns with our values and will speak publicly about these ideas. Religious freedom is an area where the church consistently takes public positions. We work broadly to advocate for every person’s right to follow the dictates of conscience, regardless of their religious beliefs or nonbelief.

Yet contributing to the public discourse on specific issues is profoundly different from Christian nationalism's sweeping ambitions.

The bottom line? Seventh-day Adventists should not seek to harness political power to create a uniquely Christian public square. Why? In large part because our biblical understanding and the counsel of Ellen White lead us to affirm, unequivocally, that “efforts to legislate faith are by their very nature in opposition to the principles of true religion, and thus in opposition to the will of God.”4

In any of its forms and variants, Christian nationalism will always damage our witness to the Gospel. The warning Ellen White gave almost 140 years ago remains as relevant today as it was then: “The union of the church with the state, be the degree never so slight, while it may appear to bring the world nearer to the church, does in reality but bring the church nearer to the world.”5

Having clear theological and institutional guidelines, though, isn’t the end of the story. These don’t automatically immunize us, as individual church members, from the powerful and often insidious social forces that can distort our thinking about what it really means to be a representative of God’s kingdom. It is good, I believe, to take the time to remind ourselves of where we stand and why.

As someone who works within the public space, I’m immensely grateful for the Adventist Church's church-state relations heritage and religious freedom advocacy. From the earliest beginnings of our church, we have tried to reflect one of our core beliefs: that every person, no matter who they are, is an individual who bears the stamp of the Creator God, someone endowed with both freedom and infinite worth.

Yet, before we become complacent, I would suggest that we have a responsibility to do more than simply stand back and affirm our church-state understanding. In whatever country we live, in whatever political context we find ourselves, we can speak out clearly and compellingly against the alignment of faith with political power. We can contribute to our communities in ways that demonstrate that every person is valued. And most important, we can actively bear witness to a God whose kingdom is not of this world; a God of love, who yearns to claim each person as His own.

2. “Church/State Relations,” official statement adopted by the Council of Interchurch/Interfaith Faith Relations of the General Conference of the Seventh-day Adventist Church.

This article was written by Bettina Krause, associate director of government affairs for the General Conference Public Affairs and Religious Liberty Department. It was originally published by Adventist Review/Adventist World and is reprinted here with permission.

Photo by Andy Feliciotti on Unsplash