Hope for the Common Good

Hope for the Common Good 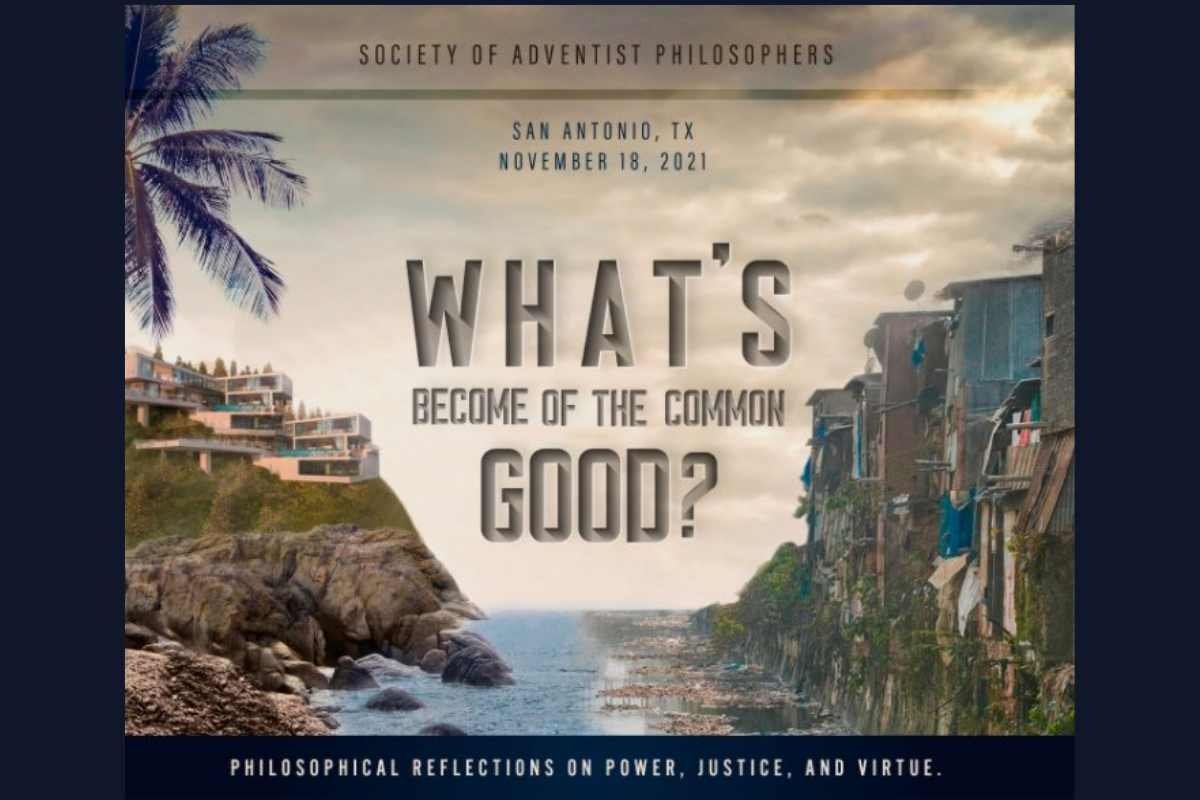 The Society of Adventist Philosophers gathered in San Antonio for their 12th Annual Conference on Nov. 18. Seven members presented papers on the ideas of Heidegger, Levinas, Rawls, and others engaging the topic of “What’s Become of the Common Good: Philosophical Reflections of Power, Justice, and Virtue.”

Throughout the morning, one of the most frequent commenters was the well-known philosopher Sally Haslanger, who is the Ford Professor of Philosophy in the Department of Linguistics and Philosophy at the Massachusetts Institute of Technology. She also held the 2015 Spinoza Chair of Philosophy at the University of Amsterdam. The guest of honor for the day, she enthusiastically joined in the discussion, praising some ideas presented, questioning others, all the while knitting at her seat in the audience. By the time she took the lectern to give the keynote address, she had become one with the group. And her choice of the topic “Hope Not Optimism” found a particularly receptive audience with the Adventist graduate students and professors.

She began with questions:

• How should we understand systemic and structural racism? What does it mean to say that injustice is systemic or structural? Are these different terms for the same thing?

• If societies are complex systems, and not only racism but other social ills are integral parts of those systems, is there any hope for justice?

After describing the complexity and overlapping nature of systems such as the educational, legal, and social services systems, and neighborhood/real estate system, she talked about the social relations that are formed by participation in practices. Her illustrations of this complexity were down to earth and even included her dogs.

Haslanger concluded that structural injustice occurs when the practices that create the network of positions and relations (a) distribute resources unjustly, (b) distort our understanding of what is valuable, or (c) organize us in ways that are unjust/harmful/wrong. She said, “Systemic injustice occurs when an unjust structure is maintained in a complex system that is self-reinforcing, adaptive, and creates subjects whose identity is shaped to conform to it.”

And what of hope? She said that hope is not merely passive. “Those who value social justice should be prepared to take on the risks and costs of pursuing it. We should not give up hope in justice, even if success is unlikely.”

John Webster, professor of religion at La Sierra University, gave the official response to the lecture. He did so by discussing Adventist Hope using the well-known song “We Have This Hope” by Wayne Hooper as the basis for his talk. Naturally, by the end of his presentation, he invited all to join in singing.

Singing together was a simple practice at the end of a day spent discussing, for instance, the difference between the philosopher Aristotle’s god versus the God of the Bible, the ideas of Alasdair MacIntyre on patriotism, Rebecca Mason on hermeneutical injustice, and Martin Savransky on the “Pluriverse.”

Walla Walla University Professor Timothy Golden had quoted the philosopher Levinas in his discussion of rights and righteousness: “Perhaps our preoccupation with law and legal systems is an avoidance of our infinite moral obligation to the Other. Maybe we retreat to law and legal systems because the self is not as morally accountable there. If this is so, we should not be surprised when law and legal systems disappoint us, as they so often do.”

It was good to end the day with hope, after acknowledging the disappointments that can come along the way.