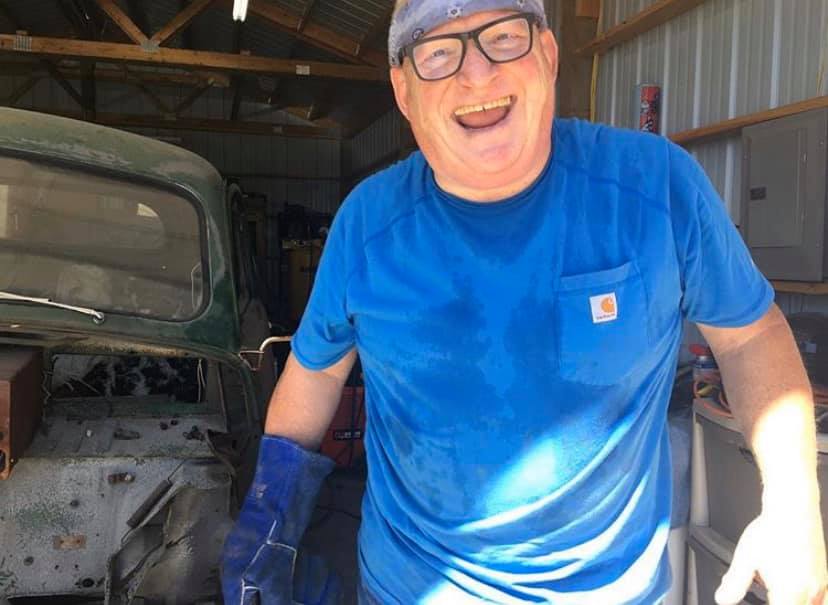 Mr. Hanan was my seventh-grade science teacher — the year where you learn about rocks and tectonic plates and stuff — but he was also the shop teacher at my school. He called me “Lissy-poo” and let me watch his corn snake eat after school if I hung around long enough, and he was the only Adventist I’d met outside of church and family. The year I had him, he got a piece of metal lodged in his eye during shop class and had to wear a patch. He let students sleep on the couch in his storeroom if they needed a nap, and he engaged in discussions about evolution and religion during class time (though I suppose he could have lost his job for that one). I remember making a Sputnik cake for a project. It was the ugliest, least appetizing thing I think I’ve ever made, but I got extra credit because “it’s edible.” Mr. Hanan passed away on May 5, 2020, just over eight months ago. His passing was sudden and rocked the entire community. Hanan was a fixture in the Mid-Columbia Basin, as well as the Pacific Northwest and Adventist communities at large. He left behind him a legacy of compassion, caring, and humor.

My first introduction to Mr. Hanan was through my oldest sister, Larissa. When she found out I would have him for science, she told me to call him Uncle Jeffy. “Don’t worry,” she said, always with a laugh. “He loves it.” Larissa was friends with both of Hanan’s children, but especially his daughter, Becka. Becka is kind and personable, the kind of person with whom you feel an instant friendship. She has a tendency to backtrack and repeat herself in an endearing way, but you can tell she’s picking her words with care and intention. She laughs often.

I say all of that, but I’ve only spoken to her for about thirty minutes, over Zoom. We met to discuss her father, his history, the kind of person he was. The person he still is through those that knew and loved him. Jeff Hanan was a generational Adventist, by which I mean his parents were also SDA and he was raised in the church. He was also a Pacific Northwest native, with a powerful admiration and interest in eastern Washington. He was born in Wenatchee, Washington, spent his teen years in the Tri-Cities, and attended Upper Columbia Academy in Spangle, near Idaho.

“I know that everybody talks about his love for cars and for auto mechanics and stuff, but he also loved history, and he really, really enjoyed Pacific Northwest history,” Becka told me during our call, explaining to me how he kept ending up back where he started — Pasco, Washington. It was in Pasco, at the high school auto shop where his dad worked, that he began building his 1930s roadster, a car which made him something of a celebrity around town. It was while teaching at Milo Academy, in southwest Oregon, that he met and married his wife, Bernie. It was there, too, that they made the decision to adopt their son, and that they found out Bernie was pregnant with their daughter.

I admit that I didn’t know Hanan as well as I maybe should have, or would have liked to. I saw him maybe a handful of times after moving on to high school. Listening to Becka talk about him, though, made me nostalgic for all of the conversations I missed out on with him. She told me about her first memory in Tri Cities, when she found her dad stargazing with his students and coworkers in the football field behind the middle school. She spoke of him, of that moment, with so much warmth and attention that I wish I had been there. I can imagine what it would have been like — the dry cold of a Kennewick night in autumn, the woolen darkness and bundles of light where the constellations gather in the sky. The excited chattering of preteens experiencing stargazing for, perhaps, the first time. I imagine Hanan there, pointing out Mars and the Big Dipper and smiling.

When I asked Becka to sum it all up, to give me one thing anyone who reads this should know about her dad, she had to take a moment. She got this really thoughtful look on her face, eyebrows drawn, before saying, “He was someone that had a really open mind and an open heart. He was so accepting of everyone, so compassionate and understanding...” I’m smiling even as I write this. “He was just really, really present for people,” she told me. “He was always just very, very understanding and compassionate, and made room to listen to people. He really held space for all the people in his life.”

I originally wanted to write some great essay about Mr. Hanan, but I think if you want to understand him, the kind of humility and understanding and joie de vivre he brought into the world, all you really need to do is get in touch with his family, or have a chat with his friends. Becka told me a lot of Hanan’s history, but I was so caught up in her, in her engagement and joy and incredibly apparent love for her father, that I hardly bothered to follow it. I think that’s what really speaks to who Hanan was. He was the teacher who let us blast the radio while we did our bookwork, who did that pointing-at-your-shirt-and-flicking-your-nose thing when I was in a funky mood. He had the widest, most joyful smile I’ve ever seen — even on a bad day, even with an eye patch. He was and is someone who continues to affect communities through his interactions with others. There was always room at his table, on his couch, in his heart. And there always will be.

Born and raised in Kennewick, Washington, Melissa Knopp is the youngest of seven children. Her writing is deeply rooted in Eastern Washington life, as well as the interesting dynamics that result from being part of a large family. Melissa is currently pursuing an undergraduate degree in Creative Writing at La Sierra University.

Photo courtesy of the Hanan family.