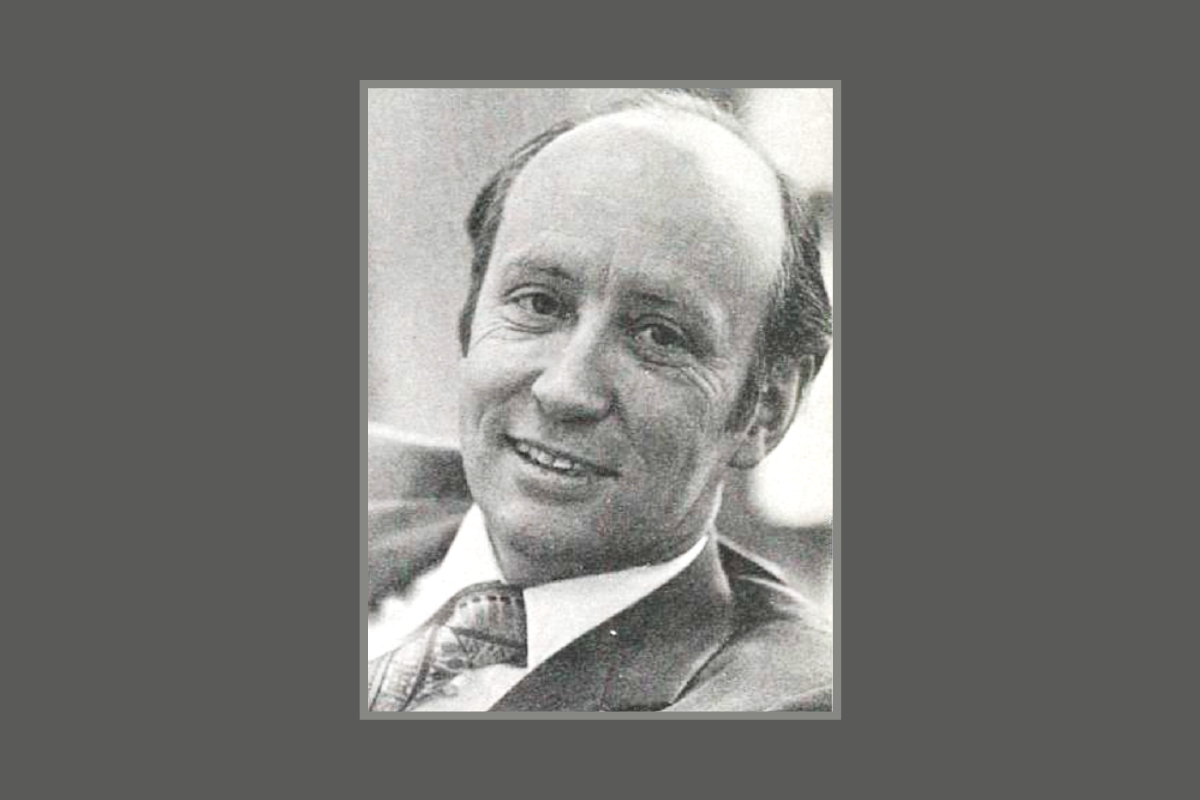 William Earle Hilgert passed to his rest at the Westminster-Canterbury Retirement Community at Charlottesville, Virginia on December 22, 2020. Born in Portland, Oregon on May 17, 1923, he was 97.

The first child of William T. and Katie Ann (Earle) Hilgert, a Seventh-day Adventist minister and Bible instructor couple, Earle graduated from Laurelwood Adventist Academy, Oregon, in 1939 at the age of 16. During the subsequent year he received private tutoring in French and German from Leona Glidden Running, a mentor destined to later become a particularly valued colleague. By 1945, a five-year stint on the campuses of La Sierra College and Walla Walla College had led to a Bachelor of Arts degree in theology and history, and a Bachelor of Theology with emphasis in biblical languages. Earle was president of WWC’s student association in 1943–44.

Years later, Earle described the next 12 months after his college graduation as a particularly “dizzying time,” during which he hitchhiked to Washington, D.C., saw the end of World War II, earned a Master of Arts degree in church history from the Seventh-day Adventist Theological Seminary (thesis on the Waldenses), signed up for international service as a missionary, and on August 4, 1946, married his Swiss sweetheart Elvire Roth. Weeks after their wedding they sailed to Manila aboard the newly decommissioned troop carrier, the USS General M. C. Meigs, in what they remembered as a rough winter crossing of the north Pacific, with stops in Shanghai and Hong Kong.

The couple’s four years (1947–51) on the campus of Philippine Union College were devoted to teaching history and Bible courses in Earle’s case, French and English courses in Elvire’s, plus joining in a concerted effort on the part of all the faculty to help the institution re-launch itself after the war. For Earle, this included, among other things, accepting the duties of conductor of the college band!

Upon completing their circumnavigation of the globe by returning to the U.S. via southeast Asia, India, the Levant, and Europe, Earle taught for a year at Lodi Adventist Academy in California. In 1952, they moved to Takoma Park, MD, where Earle joined the faculty of the Seventh-day Adventist Theological Seminary on the premises of Washington Missionary College. Simultaneously he contributed to the book Problems in Bible Translation (General Conference of SDA, 1954), and earned his Bachelor of Divinity degree in 1955 (thesis on early Christian baptism).

While there, Earle also served on the editorial team charged with producing the seven-volume Seventh-day Adventist Bible Commentary, a watershed effort that for the first time modelled for Adventist readers a historical approach to the scriptures. This five-year project both arose from and contributed to a climate of openness and freedom within the denomination to study the Bible objectively — a 15-year window of marked progress in Adventist understandings of Scripture and doctrines. In addition to his editorial role on the commentary, Earle authored two substantive essays in it (“Chronology of the Pauline Epistles,” and, together with Siegfried Horn, “’Lower’ and ‘Higher’ Biblical Criticism”). He also wrote the commentary on Lamentations and on portions of Jeremiah, Daniel, John, and Revelation.

On study leave from the Seminary, Earle studied from 1956–59 toward the Doctor of Theology degree at the University of Basel, under Karl Barth. With his major in New Testament studies and minors in systematic theology and in church history, his studies there also included courses from Oscar Cullmann and Bo Reicke. His dissertation, entitled “The Ship and Related Symbols in the New Testament,” was published in 1962 (Assen, NL: Van Gorcum), the year of the conferral of his degree.

Back at the SDA Seminary, now newly relocated to the campus of Andrews University, Earle joined a cohort of colleagues energized by a sense of new potential for contributing to the denomination’s maturation and mission. One of the organizing editors of Andrews University Seminary Studies, launched in 1963, Earle regularly published scholarly articles in the journal, plus book reviews in Theologische Zeitschrift. He contributed to the Seventh-day Adventist Encyclopedia (undertaken in 1962 at his urging), and to the Biblisch-historisches Handwörterbuch. Denominational periodicals (Ministry, Journal of True Education, Review and Herald, These Times) benefitted from his regular contributions, which sought to bring non-specialist SDA readers into familiarity with the perspectives of their scholarly fellows. As a member of the Faith and Order Commission of the World Council of Churches, he attended and reported to SDA members on the Commission’s triennial meeting in Bristol, England, July 30–August 8, 1967 (Review and Herald, October 12 and 19, 1967).

In his teaching role, Earle conducted an ongoing seminar that met weekly in the Hilgert home for years, attracting other Seminary faculty as well as advanced graduate students in biblical studies and related fields. Students who went on to doctoral work in top-level universities have credited those sessions with best preparing them for their further study. Earle’s summer study tours to Europe and the Near East were especially valued by serious students (English-, French- or German-speaking) of history and scripture.

While chairing the Seminary’s department of New Testament studies, his administrative abilities brought him into the role of acting dean of the Seminary during the dean’s study leaves, in the summers of 1961 and 1963, and the 1965–66 year. He was known to remark, however, “I wish I had two heads: a teacher’s head and an administrator’s one — and a shelf in my office where I could stash the one when I’m wearing the other. The two roles represent such different ways of seeing and thinking — but of the two, I prefer the teacher’s one!” Even so, when invited by the University’s Board of Trustees to assume the position of the institution’s vice presidency for academic administration effective August 1, 1966, he accepted. He held the position until spring of 1969, when he requested to be allowed to return to the classroom.

After a period of extended reflection, Earle and Elvire came to the radically life-altering decision to leave the Seventh-day Adventist Church. Accordingly, Earle submitted his resignation from Andrews University, a move announced by President Richard Hammill on April 10, 1970. With her extensive knowledge of (especially Continental) periodical literature in theological and related fields, Elvire had accepted employment in 1965 at McCormick Theological Seminary as their head cataloguer. Earning a Master of Arts in library science from the University of Chicago in 1970, Earle joined her at McCormick as Reference Librarian and Lecturer in New Testament Greek during the 1970–71 academic year.

Earle received ordination into the Presbyterian Church (USA) on November 9, 1972. Among his first projects at McCormick, he joined with faculty colleague Robert Hamerton-Kelly and others in organizing the Philo Institute in 1971. Under the aegis of this body and the editorship of Burton Mack and Earle Hilgert, six issues of Studia Philonica were produced from 1972 to 1979. In a later incarnation, as the Studia Philonica Annual, the publication’s 1991 issue comprised a festschrift in Earle’s honor (Heirs of the Septuagint: Philo, Hellenistic Judaism and early Christianity: Festschrift for Earle Hilgert). It was under his leadership that the program unit for Philo of Alexandria was established in the Society for Biblical Studies in 1984 — a thriving circle that continues active to the present.

Their two decades at McCormick were especially productive and rewarding for the Hilgerts. Earle collaborated with colleagues, contributed as editor and reader, and supported cooperative consortia agreements among libraries serving theological schools. In addition to his extensive editing and teaching responsibilities, he co-edited festschrifts in honor of Calvin Schmitt (Essays on Theological Librarianship, 1980) and Samuel Sandmel (Nourished with Peace, 1984), contributed an essay (“Formgeschichte und Heilsgeschichte”) to the Oscar Cullmann festschrift, co-authored with Carl Dudley a book on New Testament Tensions and the Contemporary Church (1987), and, after retiring, co-authored with Lib Caldwell the Horizons Bible Study for Presbyterian Women: Prayers of the Bible for a Faithful Journey (1993–94).

Earle’s breadth and expertise are reflected in the variety of positions and roles he filled at McCormick. Beyond his initial positions there, he variously served as Professor of Bibliography, Professor of Bibliography and New Testament, Acting Dean of the Seminary (1972–73 academic year), visiting Professor at Pacific Theological College in Suva, Fiji Islands, and Interim Dean of Doctoral Studies, retiring as Professor Emeritus of New Testament in 1990.

In retirement at Charlottesville, Earle contributed to the community via his regular preaching appointments. At 96, he was still volunteering time to teach at the Osher Lifelong Learning Institute at the University of Virginia, sharing his ideas and expertise with other engaged learners. His beloved wife Elvire, and his only sibling, Willa Hedrick, both predeceased him. He had no children, but is survived by a nephew (James Hedrick) and two nieces (Merideth Trott and Priscilla Brunner); all of Dayton, Ohio; brother-in-law Ariel Roth, and his wife Lenore, of Loma Linda, California; and by many grand and great-grand nephews and nieces. He enjoyed warm and lasting friendships with many others at Westminster-Canterbury, throughout the Charlottesville area, and across the country.

In his unfailing graciousness Earle modeled the grace of the Kingdom he advanced. Summing up his own father’s life, he said, “My father was the most non-judgmental person I have known. Although imbued with strong feelings of right and wrong for himself, he simply did not express judgments regarding the conduct of others.” Earle held himself to the same standard. He lived a life of joyous service, genuine appreciation of others, devoted self-discipline, and great integrity. His influence will continue to carry forward among the students and colleagues who knew him, as they pass it on.