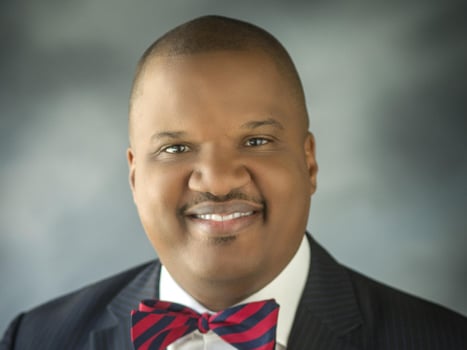 Dr. Carlton P. Byrd has been elected president of the Southwest Region Conference, according to a statement from the conference published on Facebook. The vote took place on May 23 at the Dallas City Temple Seventh-day Adventist Church. Byrd has been a prominent leader in the Oakwood University community for years, both as the senior pastor for the Oakwood University Church and speaker/director for the Breath of Life Television Broadcast.

In an email to constituents on Sunday, Byrd wrote about his decision to accept the new role. “After much prayer, reflection, and contemplation, my family and I believe the Lord would have us to go and serve in this capacity and have decided to accept this new assignment,” he said. “Transparently, this was very hard. The love we have for our Oakwood University Church Family is immeasurable.”

Byrd is a graduate of Oakwood University and has worked as a pastor since 1994. In 2012, he became the lead pastor for the Oakwood University Church, one of the most prominent Adventist churches in the United States. In his years as a pastor, Byrd has been known to be a dynamic preacher and a leader who grows congregations at remarkable rates.

“He’s a genius,” says Reginald Richardson Jr., senior pastor of the Your Bible Speaks Community SDA Church and the University Park SDA Church in Portland, Oregon. Richardson interned under Byrd for three years while a student, and he remembers Byrd’s impact. “Dr. Byrd is easily one of the smartest pastors we have in the division, probably even the world. He is beyond intentional. He is beyond a phenomenal preacher.”

The Southwest Region Conference—one of the nine regional conferences in the North American Divisoin—has churches located throughout Arkansas, Louisiana, New Mexico, Oklahoma, and Texas. The leadership vacancy was created when Calvin Watkins Sr. was elected NAD vice president for evangelism.

Although he is best known for his work as a pastor, Byrd’s shift to higher organizational leadership is perhaps not surprising, since in addition to advanced degrees in ministry he also holds a Master’s in Business Administration.

Even if it’s not a surprising move, many connected to the Oakwood community such as Reginald Richardson Jr. are still trying to imagine what his absence will look like. “It’s a huge benefit for the conference that’s now getting him,” he says, “[but] that’s a huge loss to the Oakwood family.”

Others reflected about the news on social media. “Did anyone else have that thought that Pastor Byrd would eventually become the president of Oakwood University or was that just me?” Twitter user @avesupply_ wrote.